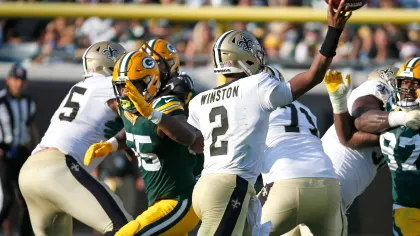 I don't think we saw Cesar Ruiz get a lot of snaps at training camp with him concentrating at right guard? Was that part of the plan or would Will Clapp if he wasn't on Injured Reserve be moved to center?

"I'm going to say that first off, he's worked center snaps every day and played that position, (but) had Will been healthy, we probably would have went that direction first. He did a really good job in this game with the injury we had with Erik."

Was it important for the defense to finish the way they did when they forced that last turnover and kept Green Bay out of the end zone for the game?

"We're all competitors. You're trying to defend every blade of grass when you're on the field. There were a lot of newer players or other players in the game at that time, not only for us but Green Bay, but the team is wanting to finish on a high note. That's good to see."

For the interception by Marcus Williams did the coverage dictate him to make a break like he did?

"I think there's a little bit of coverage and a little bit of instincts. He really covered some ground. When it was first thrown my eyes took me right to where the ball was being thrown. He did a great job of taking it down and extending, but yes, part of that is coverage and his instincts within the design of the coverage." ... 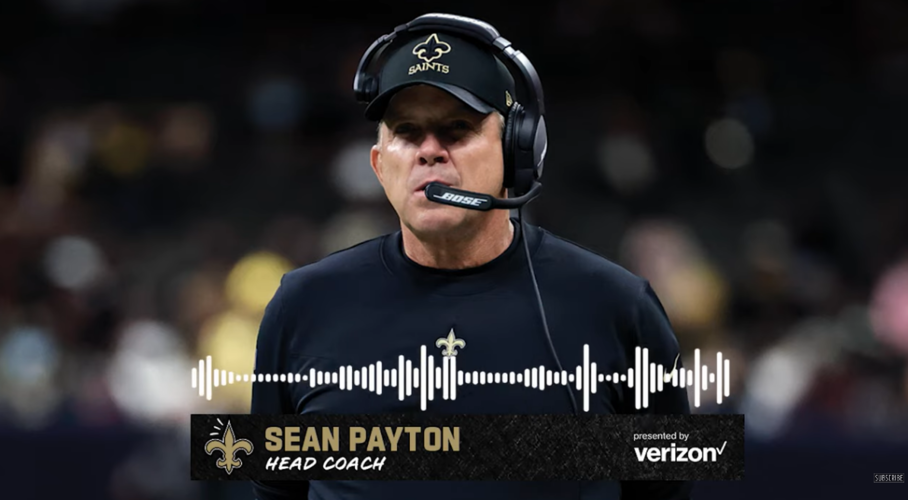 The Saints and Sean Payton are looking for a leader. Will that be Taysom Hill? 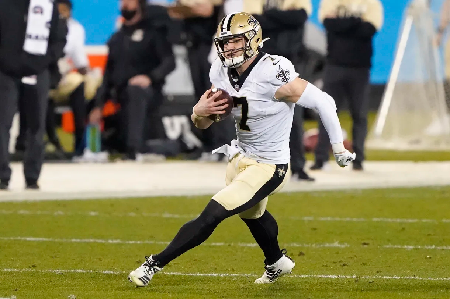 For the first time in a decade and half, the New Orleans Saints are looking for a new starting quarterback.

Saints coach Sean Payton joined NFL Network’s Rich Eisen on his show this week, and when Payton was asked if he would utilize a two-QB system with Hill and Winston, the coach indicated they are looking for a clear QB1 to lead New Orleans in 2021.

“I think the furthest we went with that would’ve been when everyone was healthy and Taysom was playing I’ll call it maybe eight to 10 plays at quarterback — I would never discount that. But I would say this, (Hill) knows and so does Jameis that we’re looking to find a guy that’s going to lead our team this year,” Payton told Eisen, per NBC Sports. 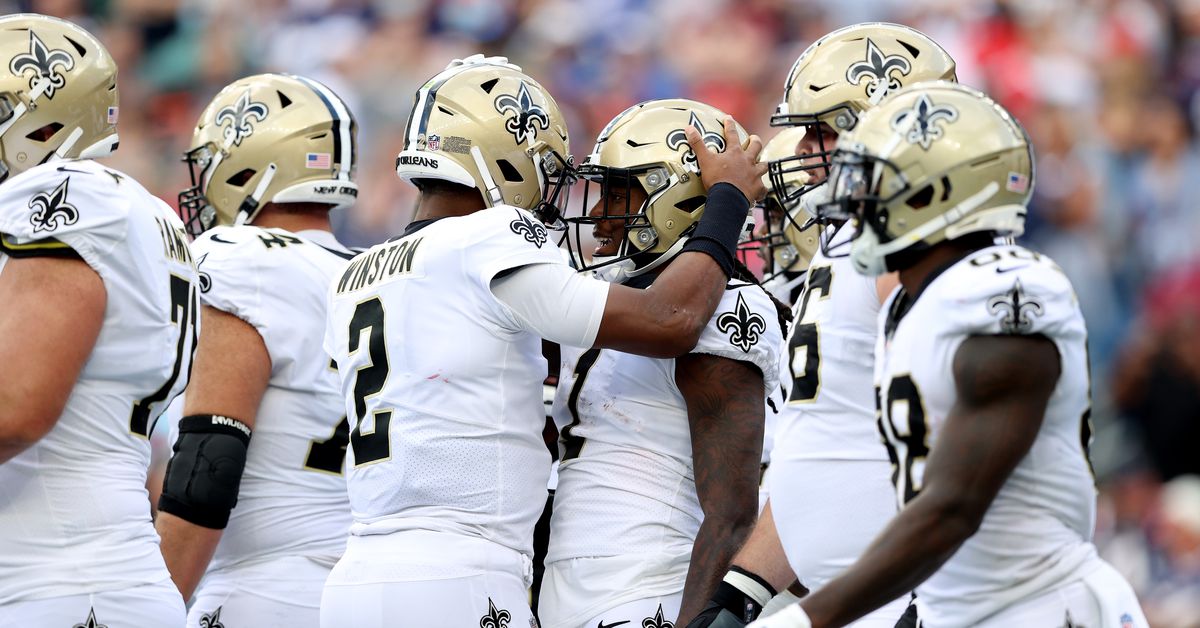 This series is about overreactions. It is hard to think of a more different article this week than the previous. The New Orleans Saints looked more like a contender as they bullied the Patriots this week. October is sneaking up and the Saints have personified the tale of Dr. Jekyll and Mr. Hyde the first three weeks of the NFL season. These are the overreactions to the Saints performance in this week’s win against the New England Patriots.

Sean Payton has been an offensive stalwart in the NFL. In the past couple of years though, Dennis Allen has taken this Saints team and recreated the...
Continue reading... 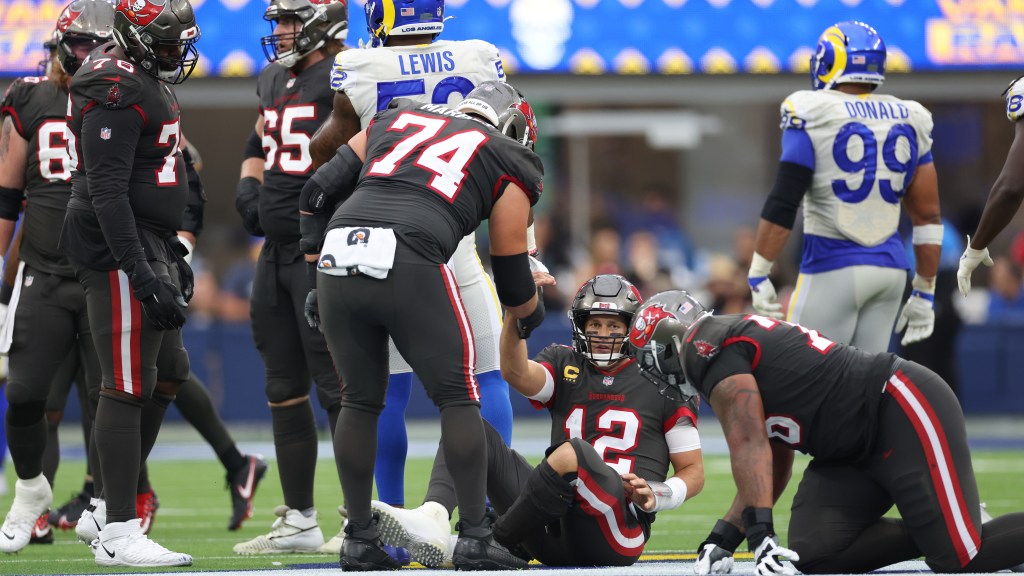 The New Orleans Saints notched another game in the win column in Week 3, but each of their next four opponents lost their matchups. Of those teams, one is winless (the lowly New York Giants) while the group as a whole has combined for a 4-8 record on the year so far, two of those wins belonging to the same squad (the suddenly-mortal Tampa Bay Buccaneers). Here is how each of the upcoming Saints opponents panned out in Week 3:
Continue reading... 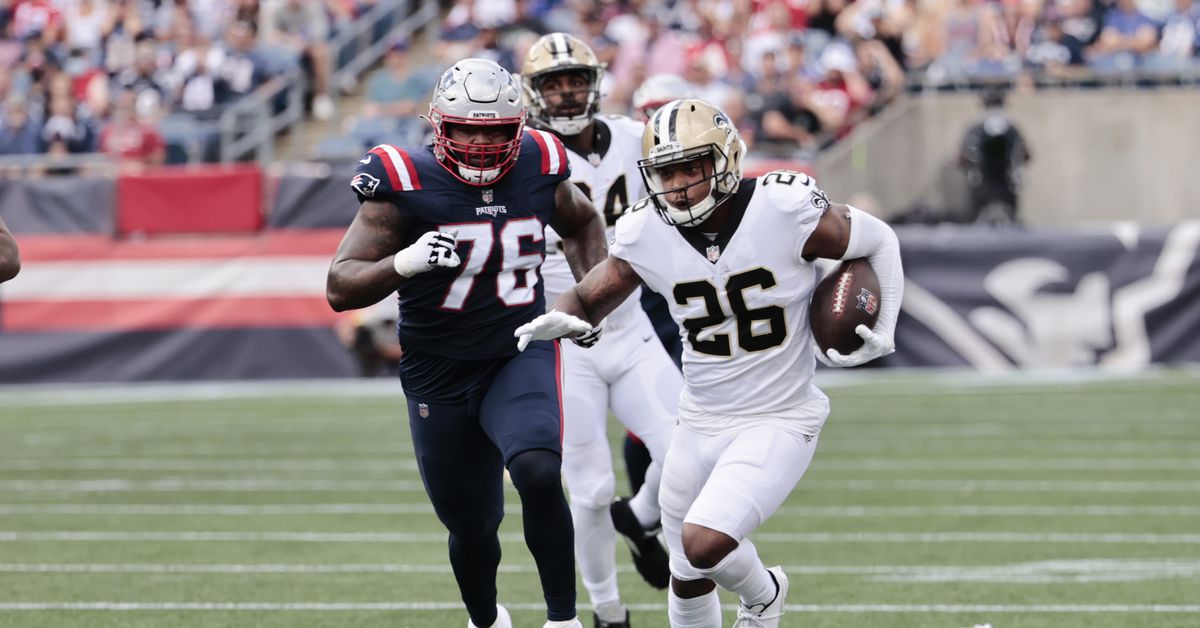 The Saints defeat the New England Patriots in Week 3, picking off Mac Jones 3 times along the way.

After making his return to the New Orleans Saints, Kenny Stills has already made an impact with the team.

Marshon Lattimore and C.J. Gardner-Johnson were active during the Saints’ Week 3 win after missing Week 2.

Quotes from Malcolm Jenkins, Alvin Kamara, and Taysom Hill from their post-game conferences.

The Saints have been welcomed back to New Orleans to host home games by the local...
Continue reading... 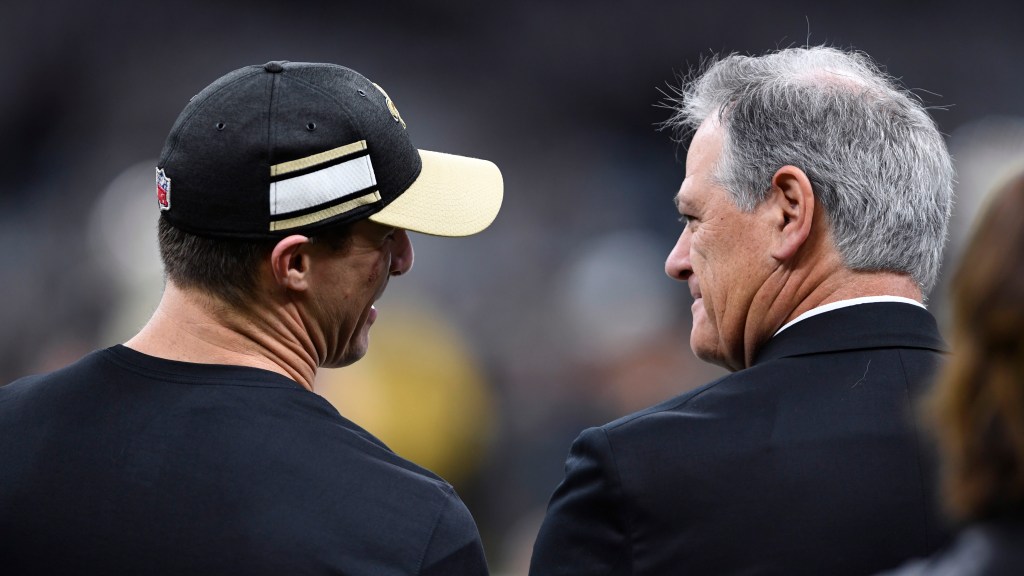 How do the New Orleans Saints look now that Drew Brees isn’t playing quarterback for them anymore? Who better to know than Brees himself? The future Hall of Famer-turned-media analyst shared his take on NBC Sports’ “Football Night in America” panel when asked by Mike Tirico about his reaction to the Saints’ 2-1 record after they demolished the New England Patriots by a lopsided tally of 28-13. 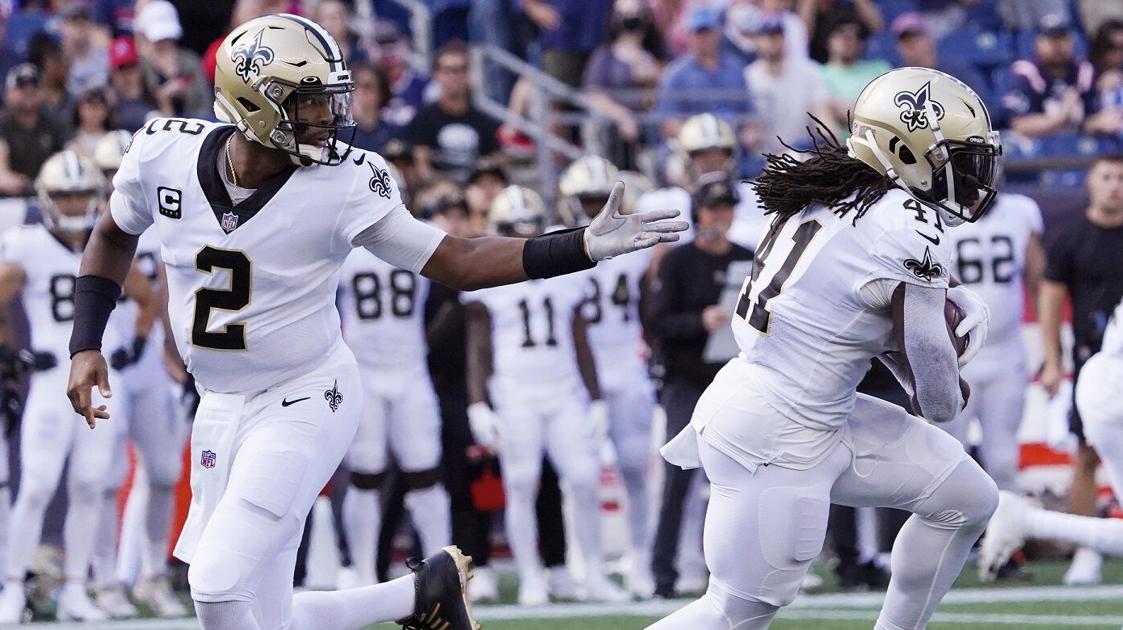 Fifteen years after U2 and Green Day sang about it, it's happening again.

Coming back home to New Orleans, the place they have been away from for the past month after evacuating from Hurricane Ida and having to set up shop in the Dallas/Fort Worth area.

Then this week from Dallas to Foxborough, Massachusetts, where they secured a much-needed 28-13 victory over the New England Patriots before finally getting a much-needed plane ride back to...
Continue reading...

3 Takeaways From the Saints Victory Over the Patriots 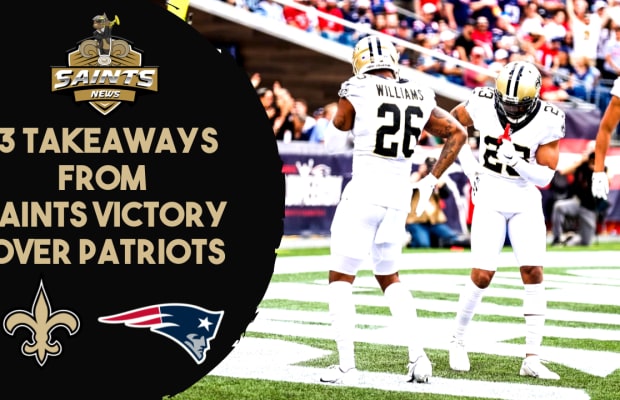 Following a dismal performance in Week 2 against the Carolina Panthers, the New Orleans Saints (2-1) bounced back in Week 3, defeating the New England Patriots (1-2) in Foxboro by the score of 28-13.

In the victory, the New Orleans defense picked off Patriots quarterback Mac Jones three times, including one pick-six. The Saints running back Alvin Kamara led the way, collecting over 100 scrimmage yards and scoring the game's opening touchdown.

Below are my three takeaways from the Saints second victory of the 2021 NFL Regular Season.

A New Era of the Saints' Offensive Attack 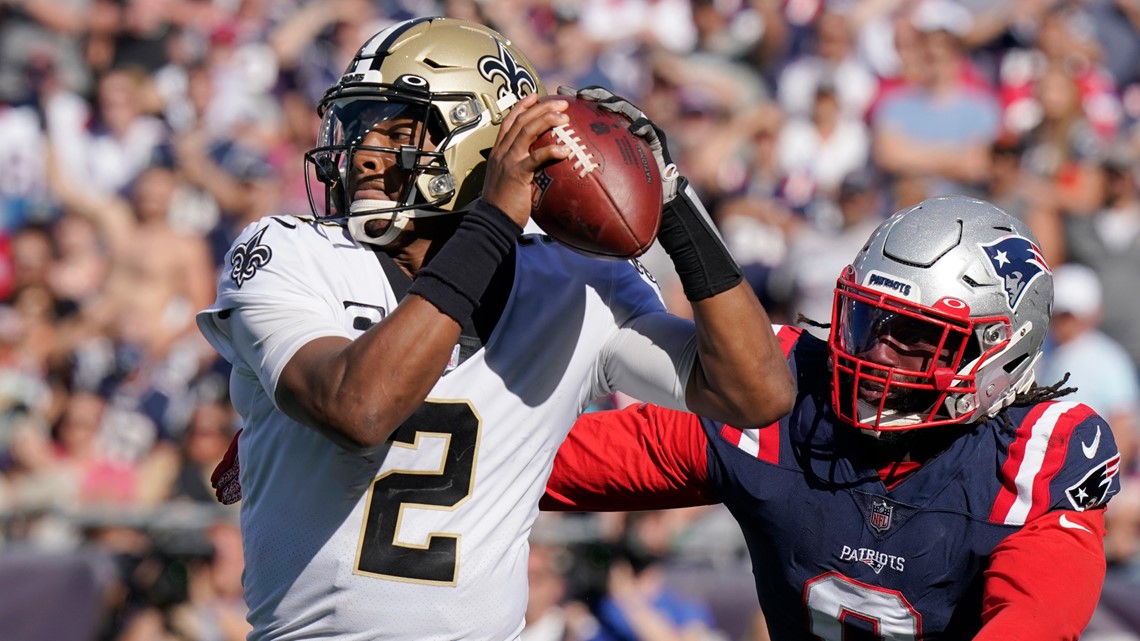 NEW ORLEANS — The famous pro wrestler Ric Flair once said about himself, “Whether you like it or not, learn to love it, because it's the best thing going.” He might as well have been talking about the 2021 New Orleans Saints' new formula for winning games.


The Saints defeated the New England Patriots 28-13 and for the second time in 3 weeks relied on incredible defense, running the football, and avoiding turnovers to get a victory. It's very different from the past 15 years of efficient high-flying offense with Drew Brees that we are used to. Sean Payton even put the cherry on top of...
Continue reading...

Jeff Duncan: These Saints know exactly who they are and how they can win 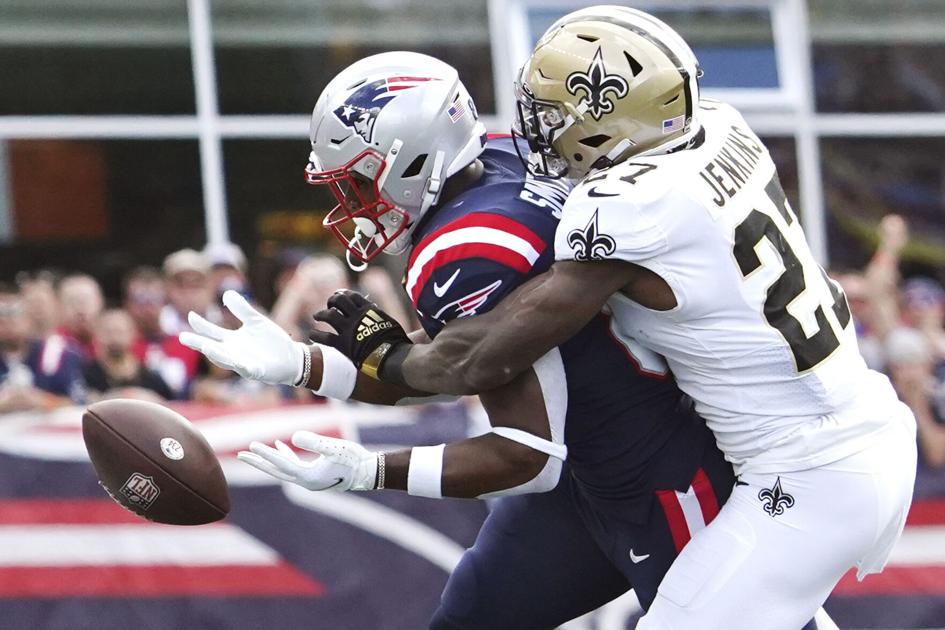 FOXBOROUGH, Mass. — The formula has been established.

And an efficient, don’t-beat-yourself, ground-based offense.

The Saints found their identity in a dominant 28-13 win against the New England Patriots here on a spectacular fall afternoon at Gillette Stadium. The only thing more impressive than the...
Continue reading... 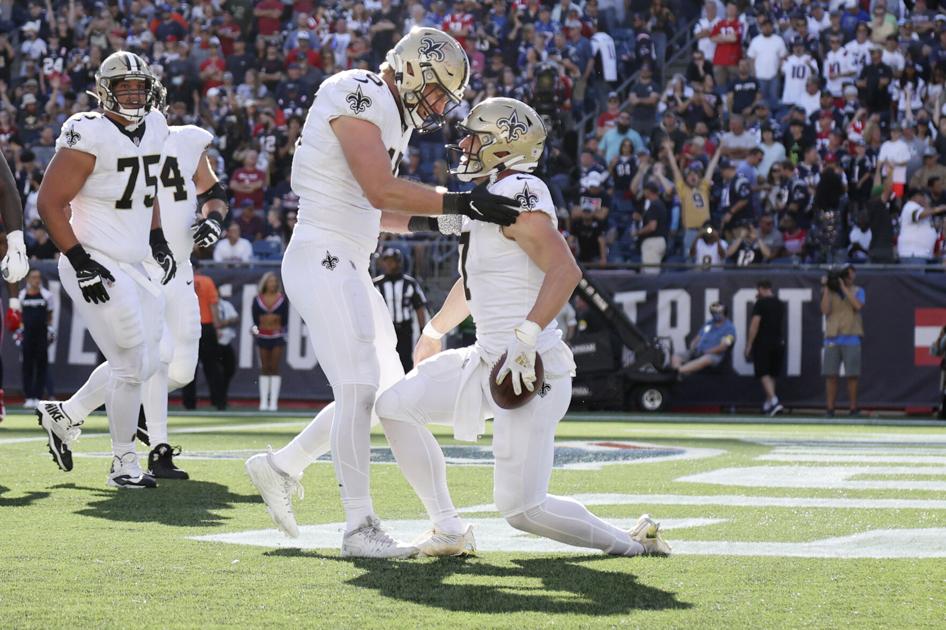 FOXBOROUGH, Mass. — The fans have returned to give NFL stadiums a pulse, and you could feel it start to quicken at Gillette Stadium early in the fourth quarter.

The New England Patriots had just scored their first touchdown of the game, a magnificent 22-yard throw and catch from Mac Jones to Kendrick Bourne. It was the type of play that was perfect for the moment. New Orleans Saints rookie corner Paulson Adebo was in great position, but the Patriots receiver simply beat him to the ball and yanked it away for the score. Similarly, the game felt like it was slipping out of the Saints hands...
Continue reading...

Twitter reactions to Saints' victory over Patriots in Week 3 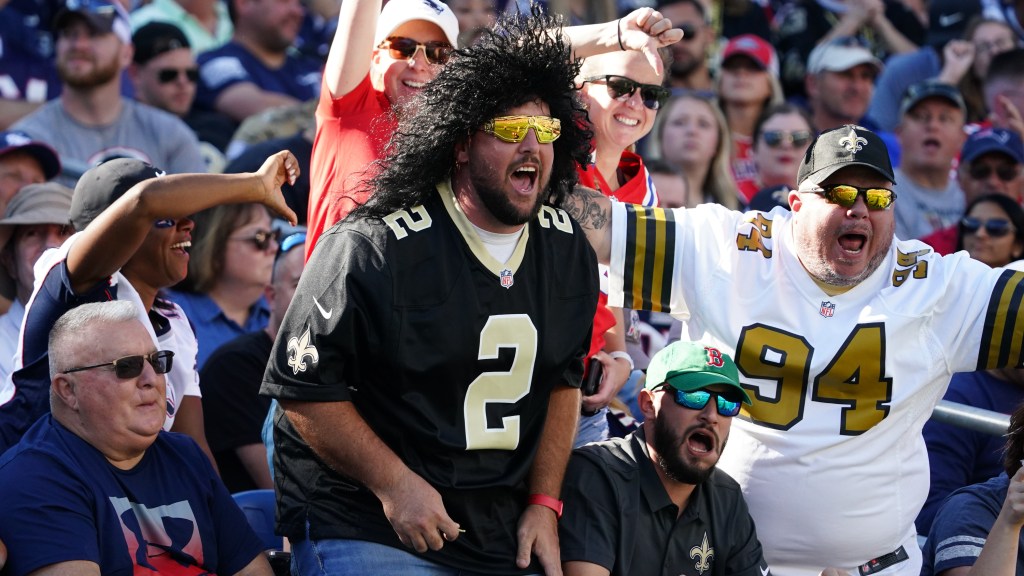 Not many people picked the New Orleans Saints to beat the New England Patriots this week. Not NFL experts (two-thirds of whom predicted a Patriots win at home), not sports bettors (most of whom sided with New England), and not even me, having learned my lesson after calling for a Saints win last week (they lost) and a loss the week before (which they won, of course).

But the range of reactions was wide on Twitter. Here are what fans, analysts, and media outlets across the NFL landscape had to say about the Saints’ big 28-14 win:
Continue reading... 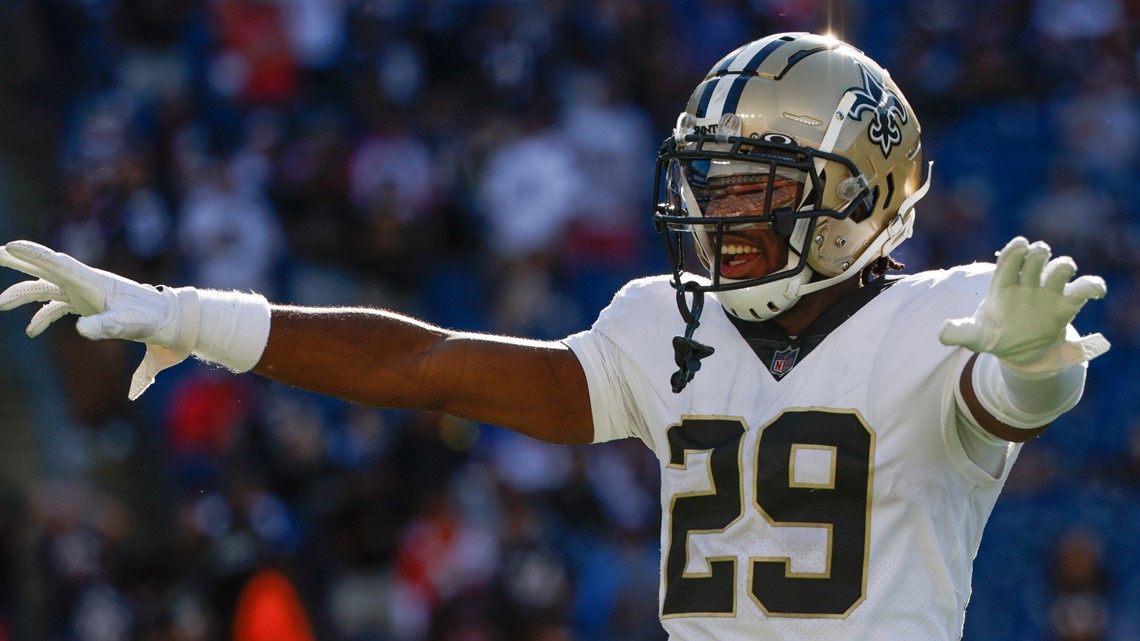 NEW ORLEANS — The Saints took down the Patriots 28-13 in Foxborough behind a dominant performance from their defense. They picked off rookie Mac Jones three times and sacked him twice.

"I think we're starting to see that we're the strength of our team. And we're going to have to play big in order for our team to have success. And that is just the identity and the formula that seems to be working for us," Saints Malcolm Jenkins said.
Continue reading...

LeCompte: Saints win the turnover battle, put the game away with a 7-minute plus drive 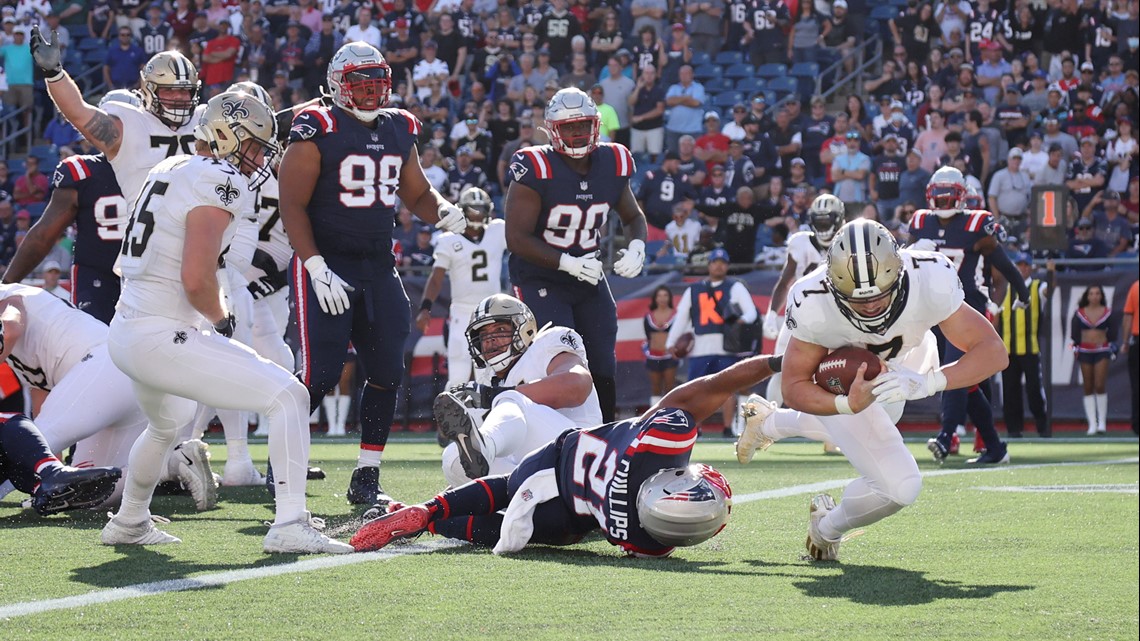 Well after being on the road for 29 days the Saints will be coming back to New Orleans with a win. They defeated the Patriots today 28-13 in Foxborough.

The Saints did this on all fronts. They were more physical, they beat them in the turnover battle and they were offensively efficient when they needed to be.

First, let's talk about the turnovers. Sean Payton threw a stat out all weekend long that the patriots are 108-7 at home under Bill Belichick when they win the turnover battle.

The Saints won the turnover battle 3-0 today. That included a pick-six by Malcolm Jenkins to start the...
Continue reading... 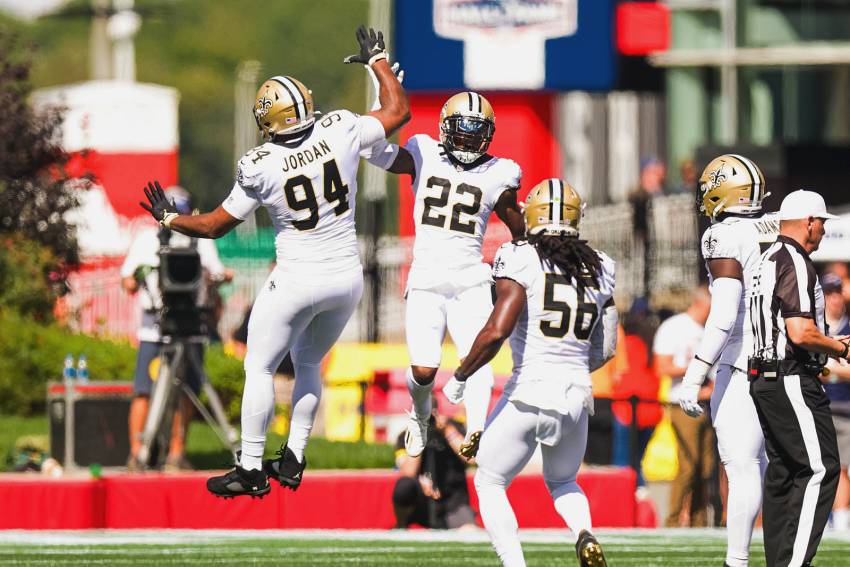 These New Orleans Saints are different.

They’re different from their predecessors that have won the last four NFL South titles.

In fact they’re different than any other Saints team since Sean Payton became head coach before the 2006 season.

It’s too early to tell just how good they are, though the solid 28-13 victory at New England on Sunday is likely far more indicative of what they ultimately will be than either the atrocious 26-7 loss at Carolina last week or the nearly flawless 38-3 win against Green Bay in the opener was.

This team is different. 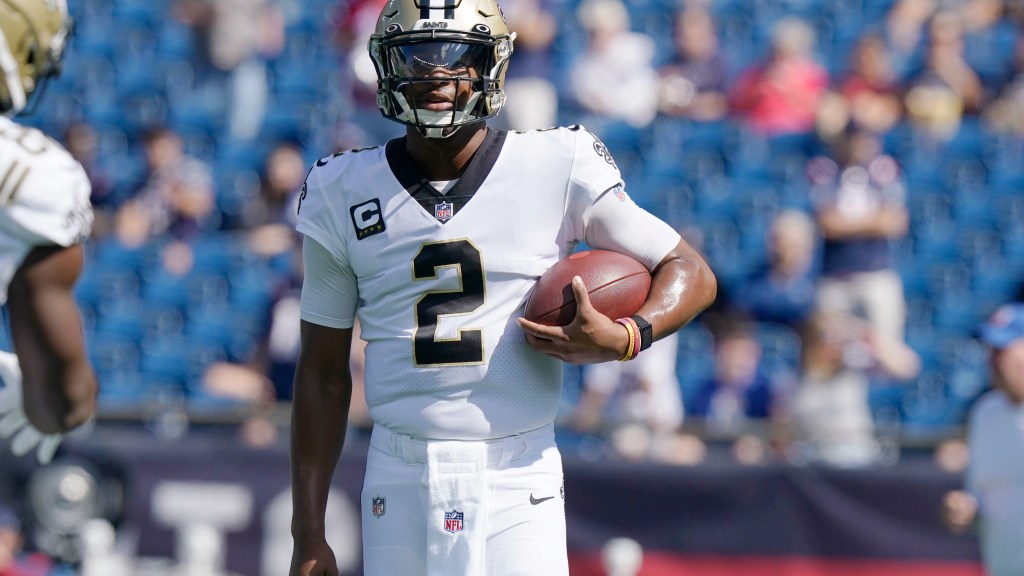 The most unique play of the game in the New Orleans Saints’ dominant road win wasn’t supposed to happen. With few open throwing windows and a New England Patriots defender wrapped around his legs, Jameis Winston flung the ball away in hopes of sending it out of bounds to buy another down. On the other end of the field, away from Winston’s sightline, a penalty flag signaled a Patriots holding penalty.

But he didn’t put enough juice behind it, and the ball fell within the field of play just close enough to Marquez Callaway for the second-year Saints wideout to secure it for six points. As...
Continue reading...

Malcolm Jenkins gets another Pick 6 in Gillette Stadium, pushes career total to 7 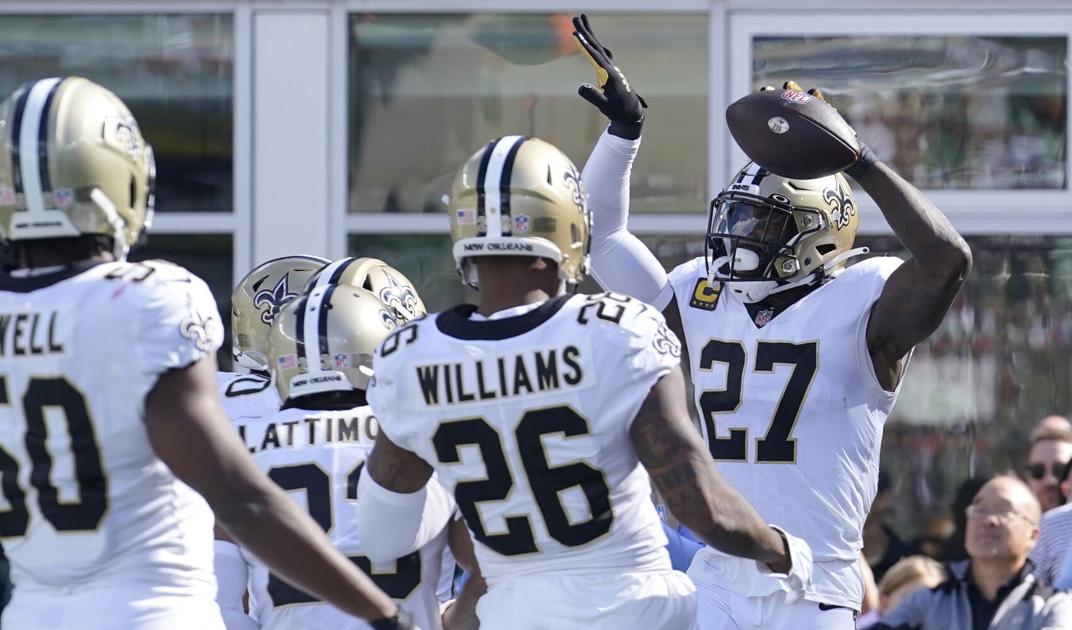 Malcolm Jenkins made a visit to the Gillette Stadium end zone for the second time of his 13-year career in Sunday's 28-13 victory over the New England Patriots.

His latest came on the first play of the third quarter when he reeled in a Mac Jones pass that bounced off tight end Jonnu Smith and raced 34 yards for a score.

But this wasn't the most memorable pick 6 for Jenkins in this stadium. That distinction would belong to the one he had in 2015 when playing for the Philadelphia Eagles.

Jenkins intercepted Tom Brady that day and sprinted 99 yards for a touchdown. 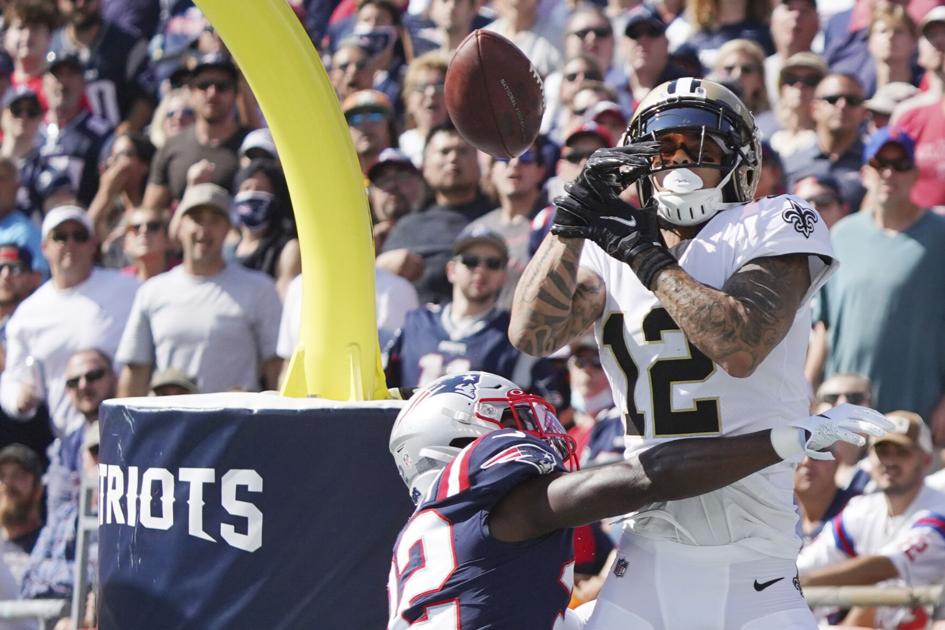 FOXBOROUGH, Mass. — Playing in his first game in a New Orleans Saints uniform since the 2014 season, receiver Kenny Stills did not take long to make his presence felt.

Less than five minutes into the game, Saints quarterback Jameis Winston stepped up into a clean pocket and saw Stills snap off his downfield route into a soft spot in the Patriots defense.

Winston drilled the veteran receiver, who picked up 17 yards on the play to set the Saints up at the New England 26. Five plays later, New Orleans scored the first points of the game on a touchdown pass from Winston to Alvin Kamara...
Continue reading...
Load more…

This defense is FAST! (11 Viewers)

A moment ago
gregh

A moment ago
Saint Lattimore

Winston needs to continue to develop, but you take 8:2 TD to TO ratio in the 1st 3 game as promising start with lots of potential. Patience is key. (54 Viewers)
2 3

When does Will Lutz and Michael Thomas return? (30 Viewers)
2