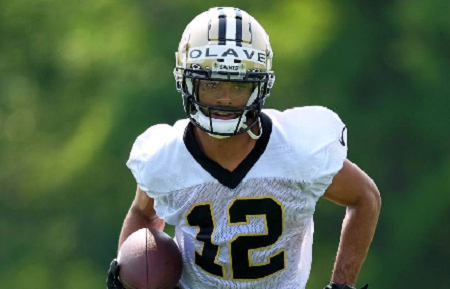 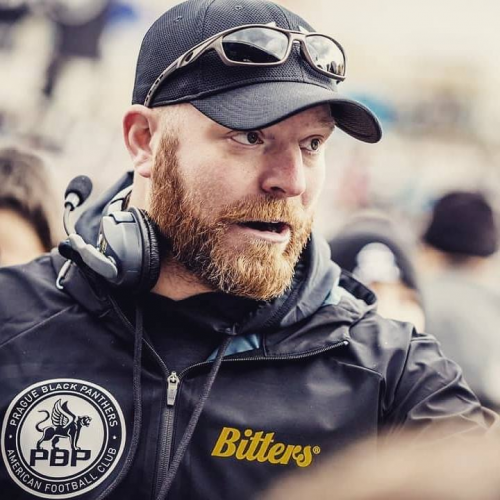 New Orleans Saints wide receiver and first-round pick Chris Olave is a pretty striaght-forward evaluation. Fluid strider, burner speed. Silky-smooth route runner and some of the stickiest hands in college football. From the get-go, I had him rated as the most NFL-ready WR in the draft--the best pure WR in his class--and was hardly alone in my assessment. To me, he is a Torry Holt clone and has a realistic shot at Offensive Rookie of the Year and Pro Bowl honors.

But outside of the widely rehashed evaluations, what is it that truly separates Chris Olave from the other WRs in his class? Well, that's a deep rabbit hole to go down. For a rookie, Olave's game is extremely refined, and as with any football player, it is the more granular, nuanced craftsmanship that cascades into the more basic. A guy who shows consistent excellence in his ability to release, stem, and stick... well, he's going to be a good route runner. The micro feeds into the macro.

What I am going to do is focus on three very specific aspects of Olave's game that elevate it from great to elite:
1) Late Hands
2) Efficient Feet
3) Scramble Awareness

Late Hands
By the end of his career, Randy Moss had cemented himself as one of the best WRs to ever play the game. And while a tremendous amount of focus was placed on his height, athleticism, and general physical prowess, it is telling that what Moss is most remembered for is his ability to win those 50/50 balls--so much so that the act of winning a contested catch is now commonly referred to as mossing.

Chris Olave does not possess the 6'4 height, the wiry length, or the freakish jumping ability of Randy Moss. But what he does have is the same late hands--that ability of a receiver to not show his intentions until the very last moment, thus shortening the DB's reaction time and putting him at a disadvantage. 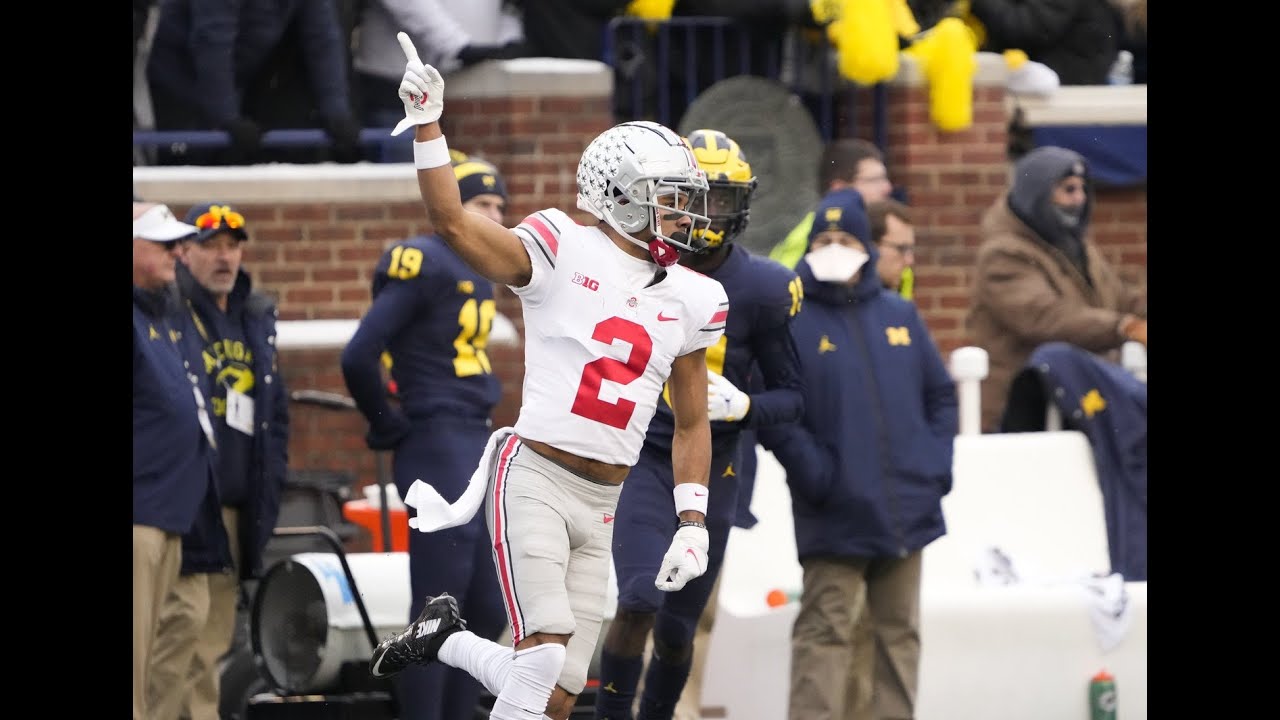 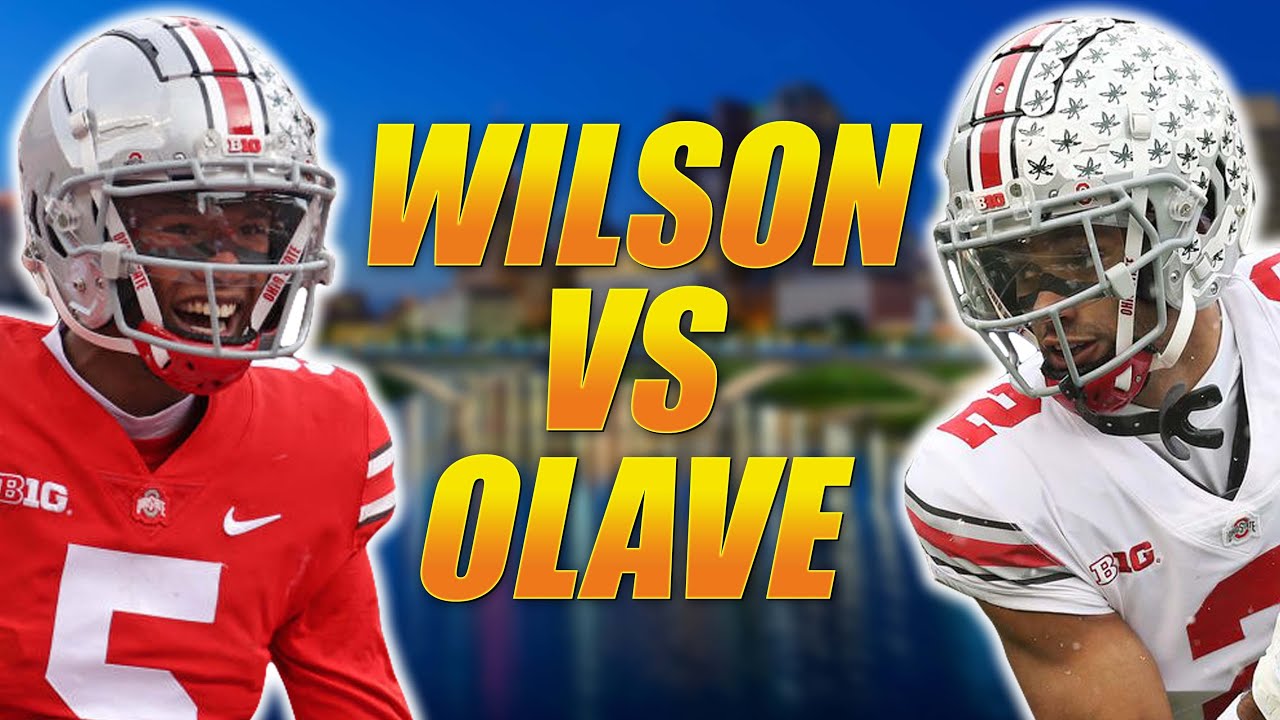 By keeping his hands down until the very last moment, Olave does not provide an in-phase DB with visual cues to react to the ball, thus denying him the edge he needs to win--or at least prevent those contested catches.

Efficient Feet
By now you've heard a lot about Chris Olave's running style. His tremendous route running, how smooth he is in and out of his breaks.

But what does that mean on the field?

We're going to focus on the speed out. While it's a pretty basic part of the route tree, the speed out is also considered one of the riskiest throws in football, particularly if a receiver does not run the route well. With Chris Olave, you will see how he takes this often high-risk throw and turns it into a near-guaranteed completion every time.

Here Olave executes two different 6-step speed outs. What this means is he is sticking on his 6th step (inside foot) then rolling...
Draft News Original Articles
Continue… 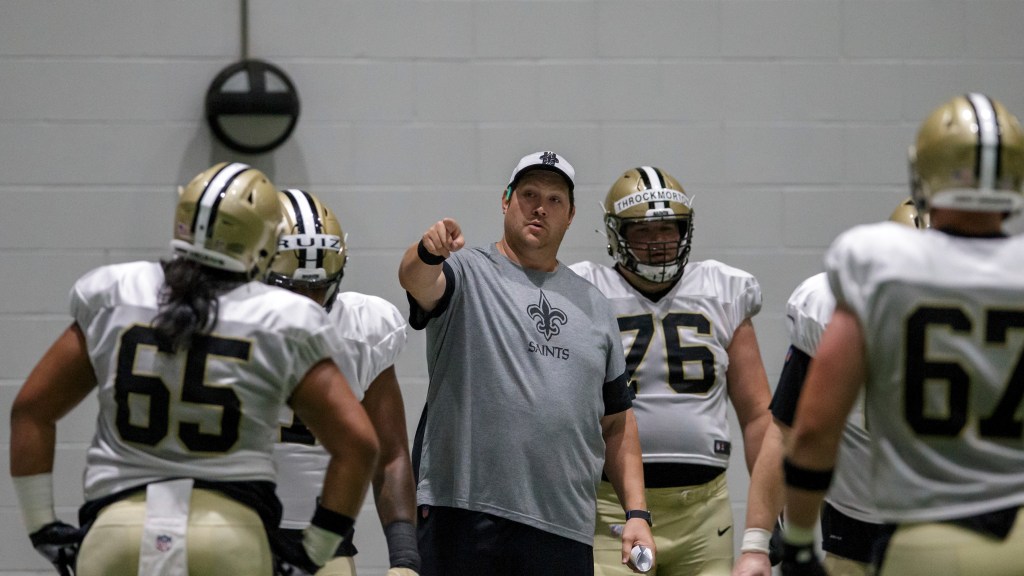 It didn’t take long for Sean Payton to start poaching from his old team. NFL Network’s Ian Rapoport reports that Zach Strief is leaving the New Orleans Saints coaching staff to join Payton with the Denver Broncos as offensive line coach. Strief worked as an assistant line coach with New Orleans in recent years and he played a big part in the development of young players like Cesar Ruiz, Landon Young, and Calvin Throckmorton.

Strief spent his entire career as a player with the Saints and briefly worked in radio covering their games before he joined Payton’s staff. He’s quickly climbed the...
Continue reading... 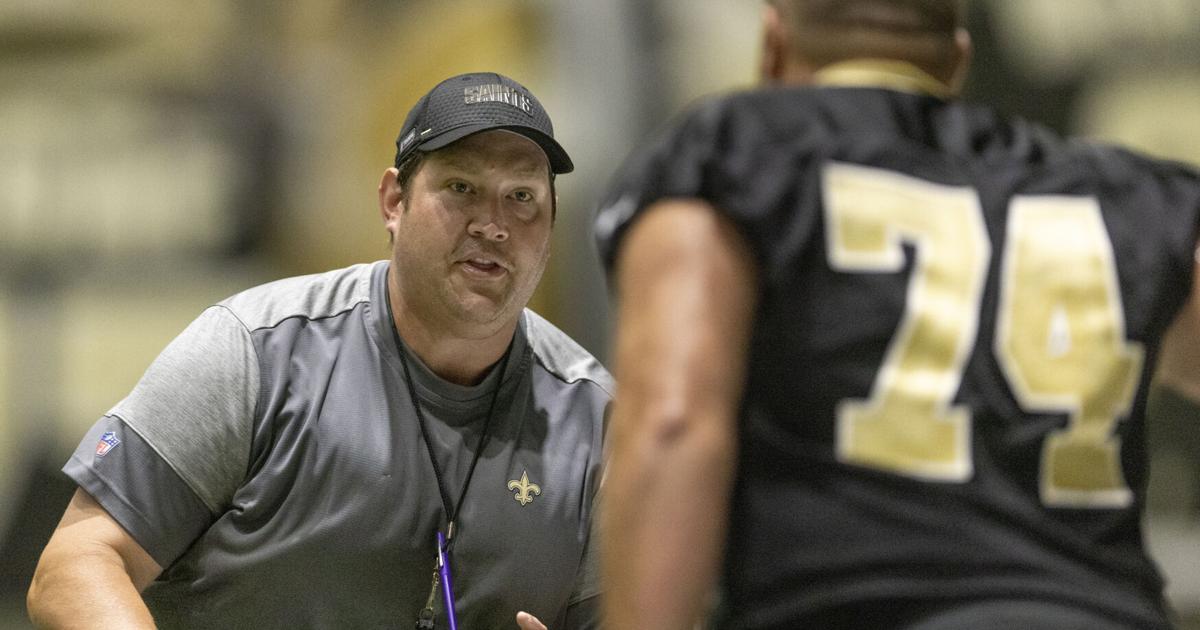 As a player, broadcaster and assistant coach, Zach Strief has spent his entire professional career in New Orleans — until now, that is. 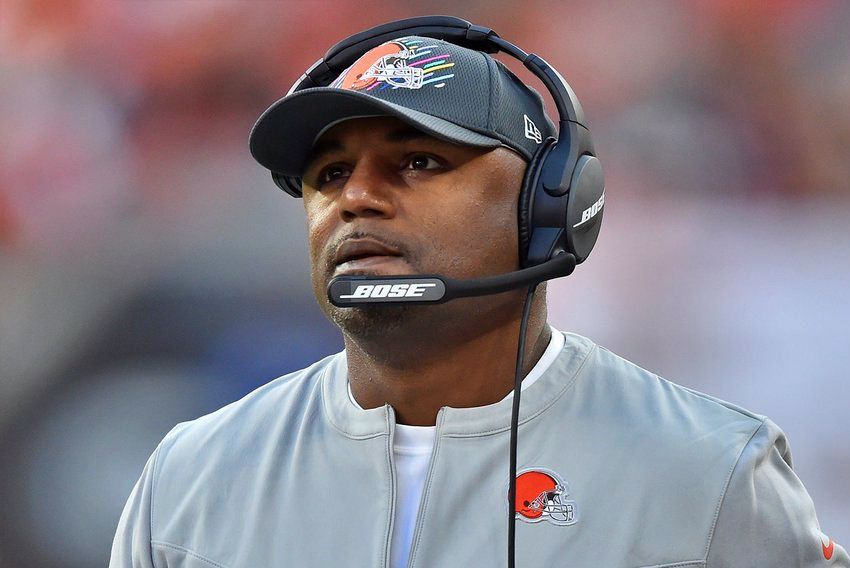 Perhaps a defensive staff transition not what you expected coming into the 2023 New Orleans Saints season, but the team was tasked with undergoing exactly that. 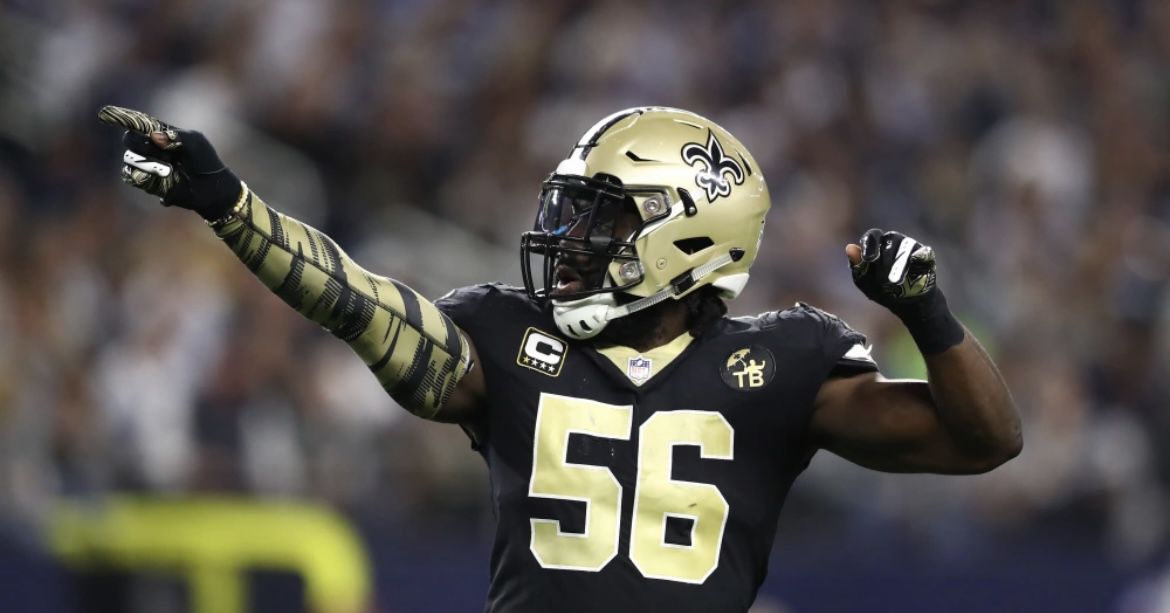 In an underwhelming year for the New Orleans Saints, Demario Davis still showed he’s aging like wine. We saw no fall-off in his game whatsoever.

34-year-old Davis led the Saints with 109 tackles in 2022, his fifth season with New Orleans. It was his sixth straight year recording at least 100 stops and the eighth such achievement in his 11-year career.Not only did Demario put together a career-high in sacks (6.5), he showed consistency/improvement in pass coverage. He effectively shadowed tight ends and running backs from sideline to sideline all year.

Report: Saints assistant Cory Robinson's contract is up, may coach elsewhere in 2023 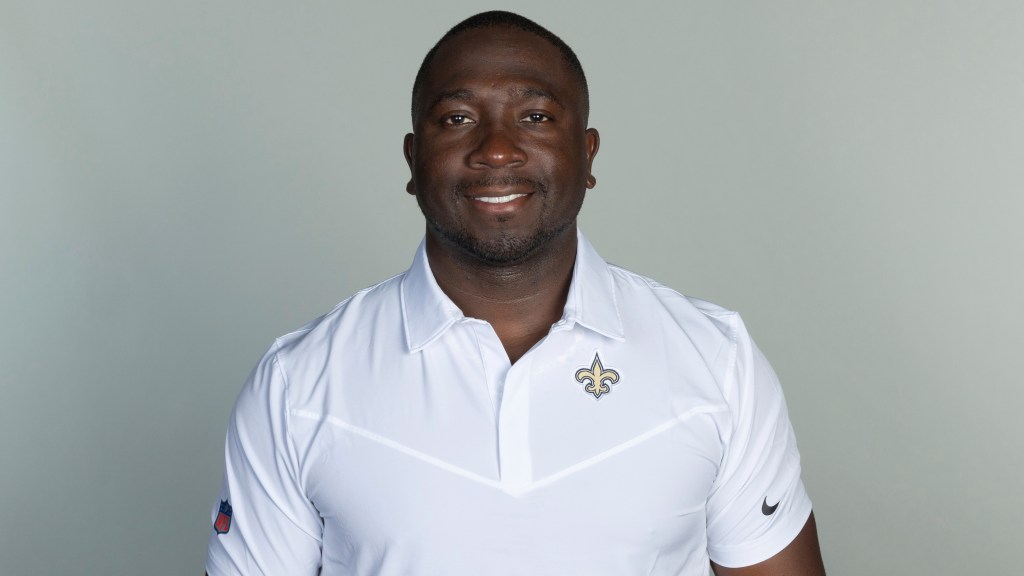 This might be concerning. NFL Network’s Tom Pelissero reports that New Orleans Saints assistant coach Cory Robinson is a free agent after letting his contract expire following the 2022 season. Robinson has coached the secondary in New Orleans and managed the defensive backs room last year. He recently worked at the Senior Bowl, coaching several safety prospects on the American Team roster.

Robinson should have options. He could go join Aaron Glenn on the Detroit Lions defense or get a look with Sean Payton on the Denver Broncos, or get a fresh start entirely somewhere else. Depending on...
Continue reading... 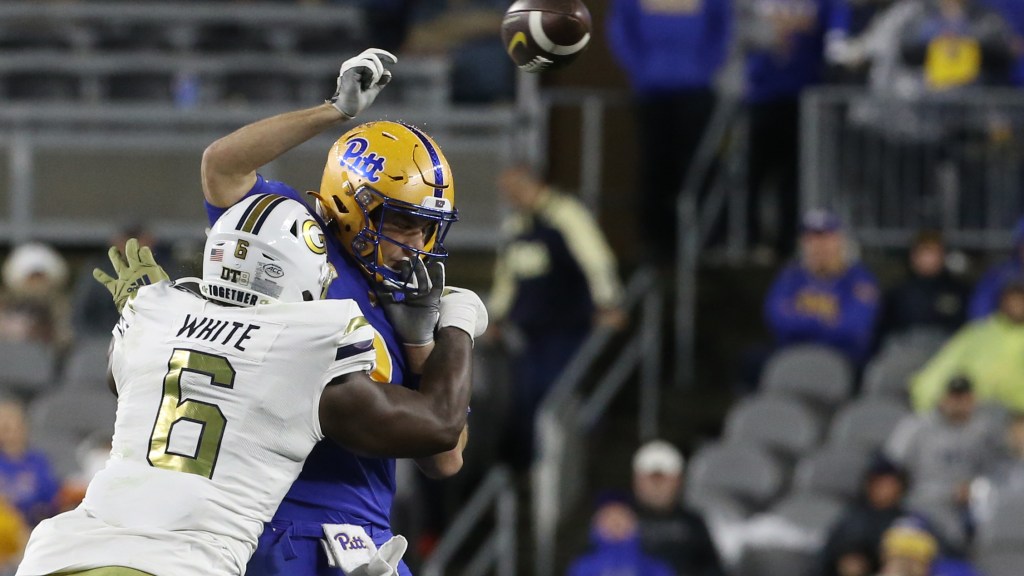 Draft season is in full swing, with everyone having their take on what the New Orleans Saints should do in the upcoming 2023 draft (you can find our mock draft here). The Saints have holes to fill at quarterback, defensive tackle, running back, in the secondary, in the skills positions, and many other areas — that’s going to be the case for a team that was lucky to finish with 7 wins last season. New Orleans has a lot of work to do if they’re going to compete for the NFC South title in the fall.

And the latest projection comes from ESPN’s Matt Miller, who has the Saints doubling down on...
Continue reading... 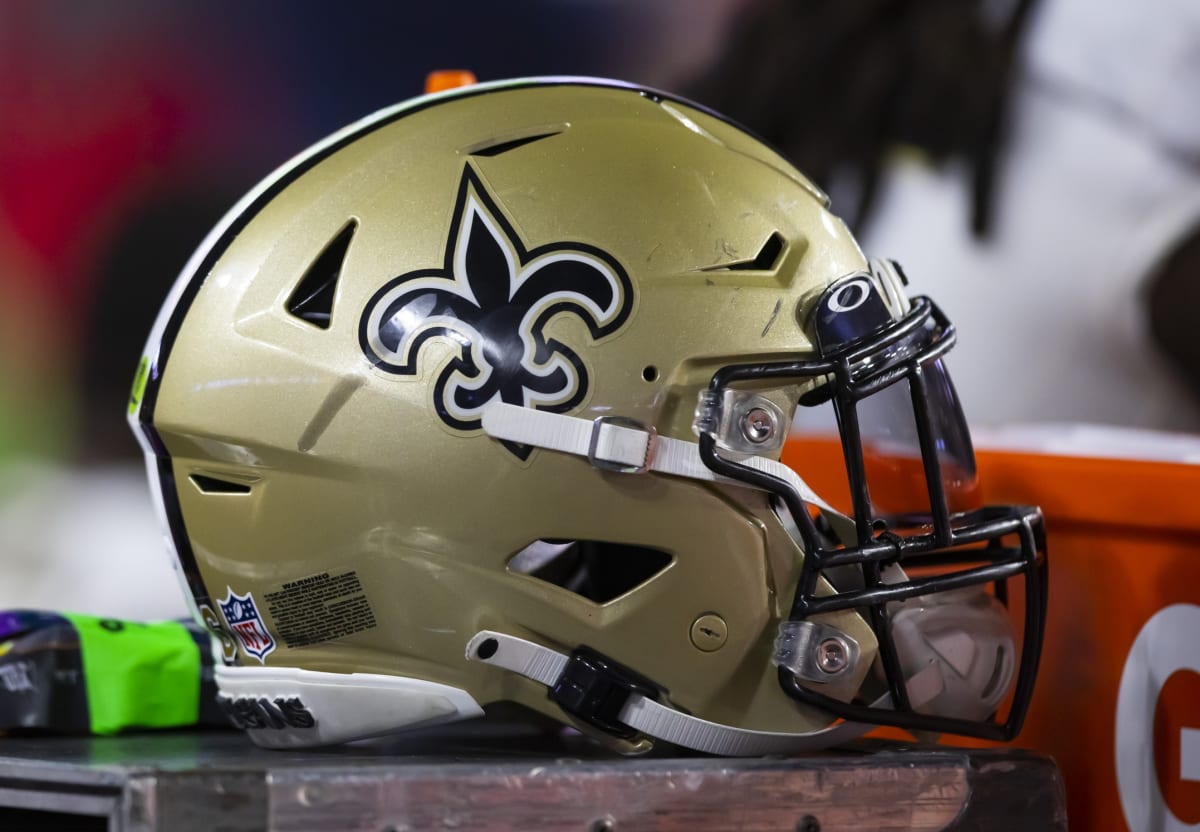 Add another name to the New Orleans Saints coaching shuffle this offseason.

NFL Network insider Tom Pelissero reports on Monday that New Orleans Saints defensive assistant Cory Robinson will no longer be with the team.

Robinson was with the Saints for three seasons. He's been assisting with the team’s defensive backs and was the Safety Coach for the American Team at the Senior Bowl last weekend. New Orleans ranked second against the pass in 2022, but their 7 interceptions were 30th in the NFL. 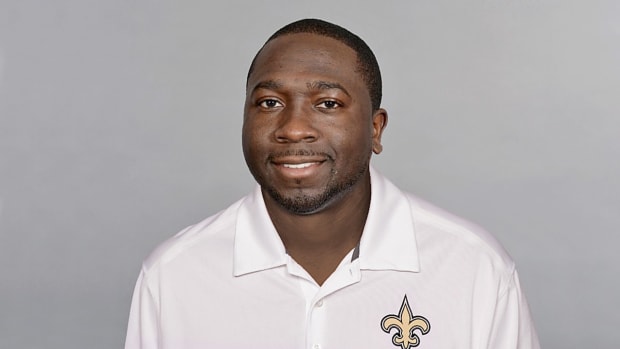 Newly hired Todd Grantham may be put in charge of the defensive line, where most of his experience lies. Linebacker Coach Michael Hodges and Pass Rush Coordinator Brian Young are currently still on the staff.

The Saints also parted ways with TE coach/Running Game coordinator Dan Roushar this offseason. They have not to date made any other changes to their offensive staff.
Continue reading...

Report: Saints may have found their defensive coordinator 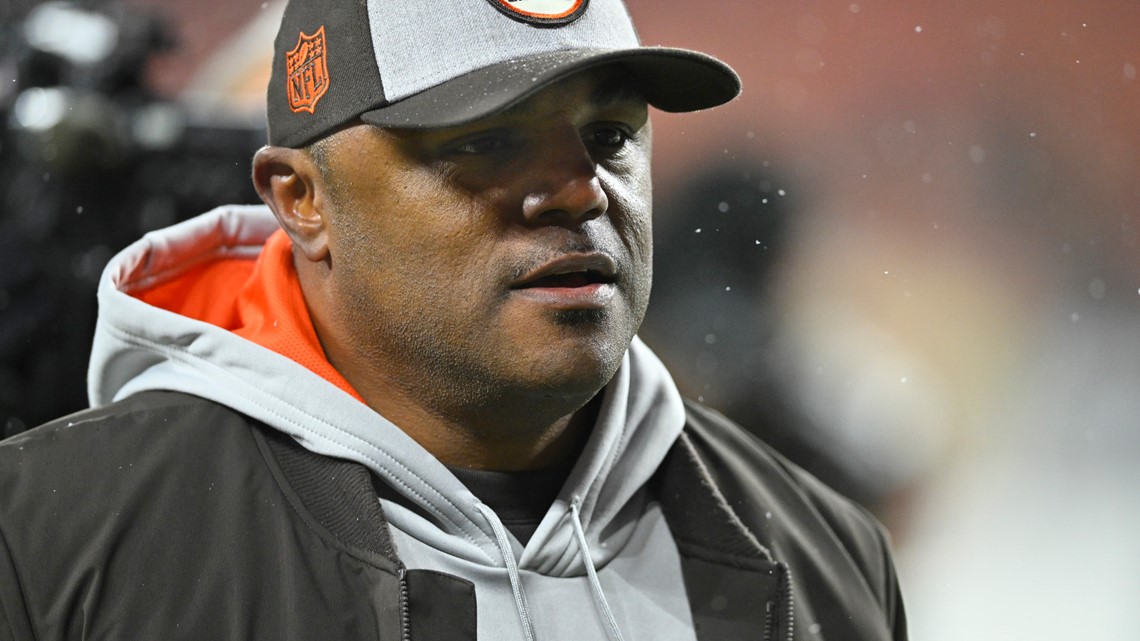 NEW ORLEANS — The Saints may have found their next defensive coordinator in Cleveland Browns’ former DC, Joe Woods.

According to an ESPN report says Woods is expected to be reunited with Dennis Allen as the team’s next defensive coordinator. Allen and Woods first worked together when Woods was the defensive back coach for the Oakland Raiders in 2014. 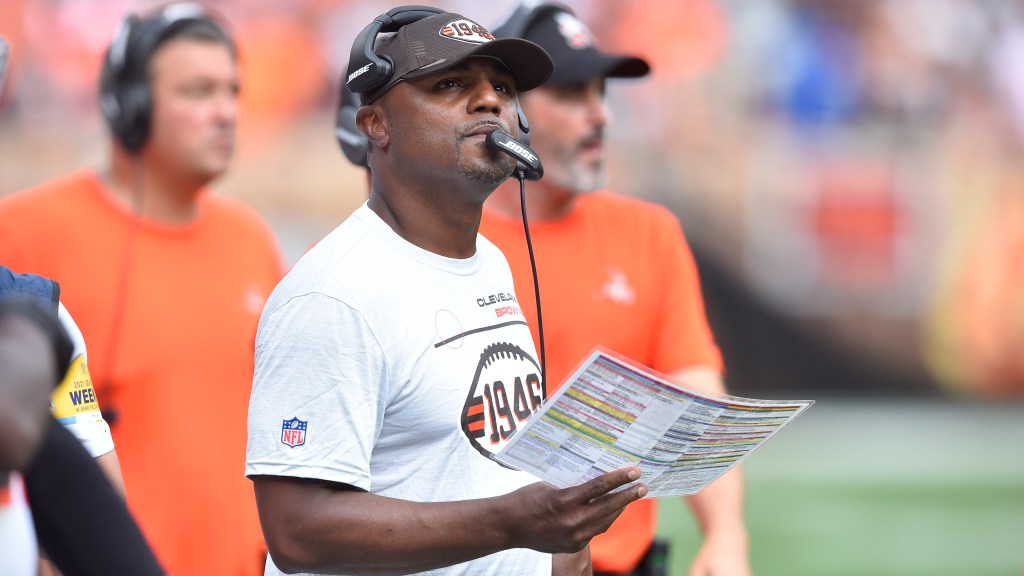 ESPN’s Jeremy Fowler reports that the New Orleans Saints are expected to hire former Cleveland Browns and Denver Broncos defensive coordinator Joe Woods for the same position; Woods interviewed with New Orleans last week after the team moved on from co-defensive coordinators Ryan Nielsen and Kris Richard. He was dismissed from Cleveland after a three-year run in which the Browns defense ranked 20th, 13th, and 21st in points allowed and 14th, 5th, and 17th in yards allowed. Woods previously worked as a defensive assistant on Dennis Allen’s 2014 Raiders team.

So what will Woods’ role be...
Continue reading...

The Saints have reportedly found their new defensive coordinator 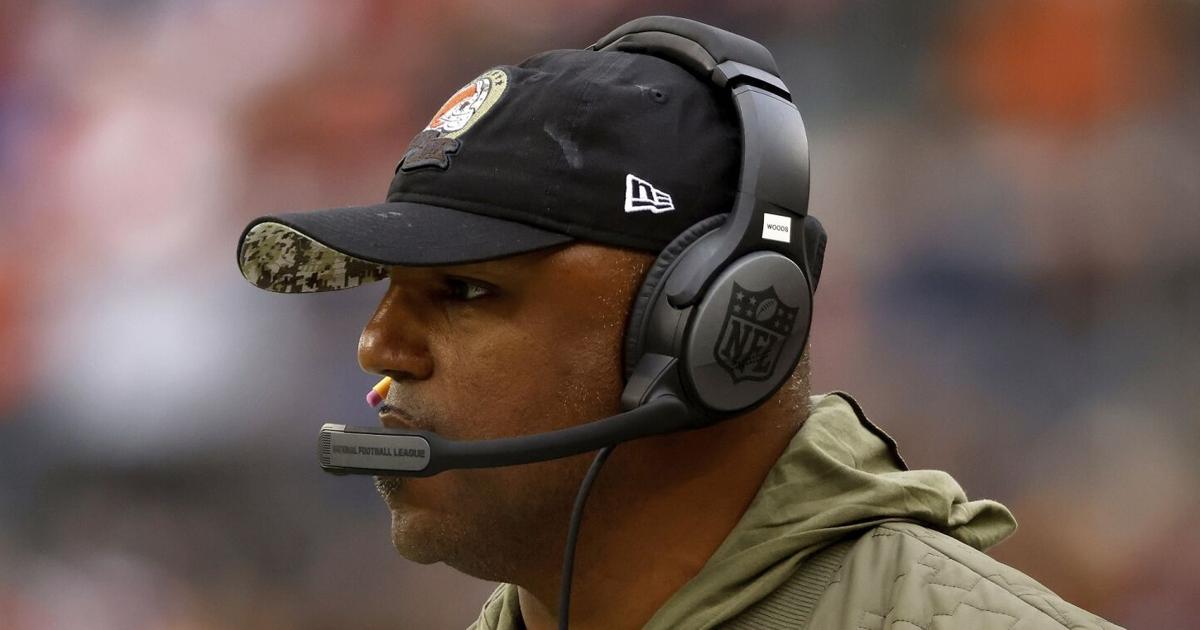 Dennis Allen is reshaping his coaching staff with the New Orleans Saints, and the latest addition will reunite him with one of his staffers from his days with the Oakland Raiders.

According to an ESPN report, the Saints are expected to hire Joe Woods as their defensive coordinator for the 2023 season. Woods spent one partial season on Allen's staff as a defensive backs coach with the Raiders in 2014. 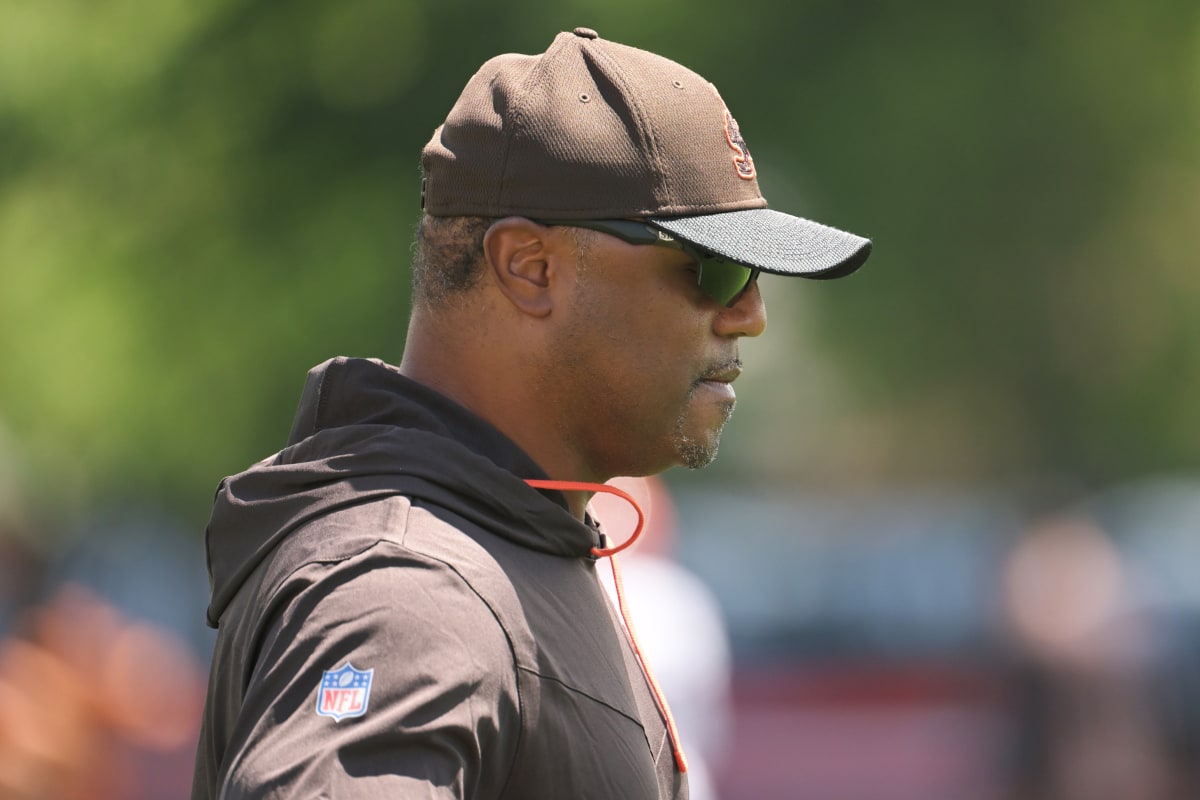 The Saints are bringing on Joe Woods as their defensive coordinator, according to a Monday morning report by ESPN.

Joe Woods is expected to become the new defensive coordinator for the Saints, according to
Continue reading... The Saints have reportedly found their new defensive coordinator.

Jeremy Fowler of ESPN reports that the Saints are expected to hire Joe Woods after interviewing with the team last week. The Saints had co-defensive coordinators last season, but they dismissed Kris Richard and Ryan Nielsen left to become the defensive coordinator for the Falcons.

5 elite quarterbacks that could be available for the Saints with the No. 29 NFL draft pick 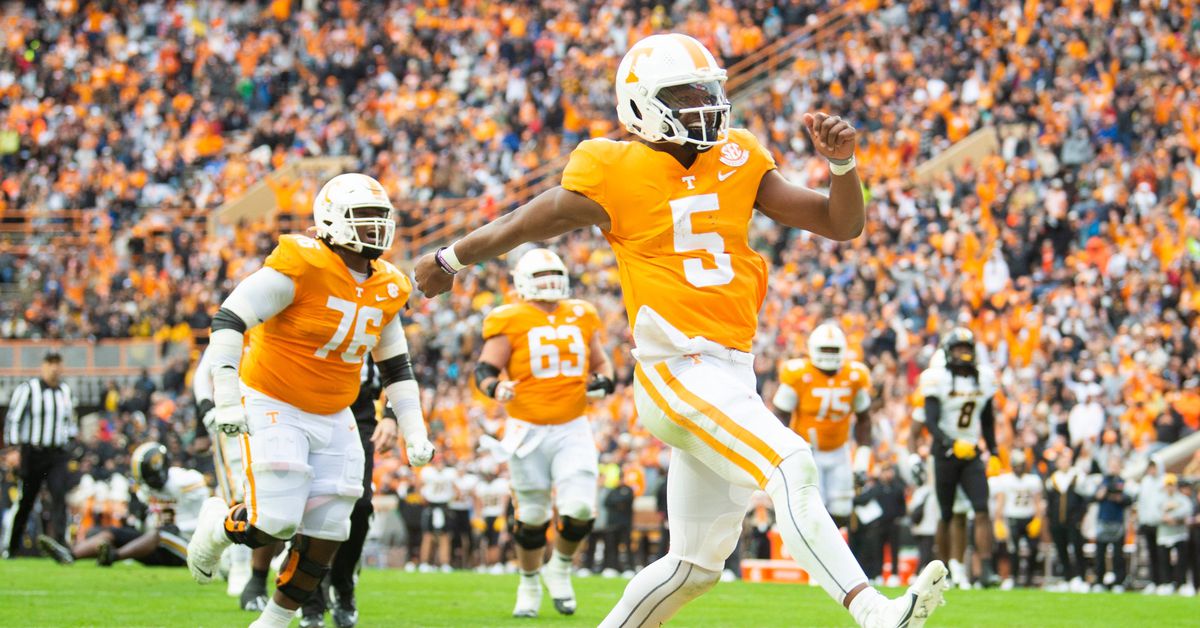 If you watched any UK games this year, you probably observed that Will Levis was the Kentucky offense. Just him. He might have the strongest arm in the draft class and is typically very accurate and reliable. He has the potential to make an immediate impact on whichever team picks him up.

Levis draws plenty of similarities to Josh Allen. A thick-framed gunslinger with a low running-threat ceiling that makes up for it with his quick release and power. His stock continues to rise, and he’s currently rated as a first-round prospect that could be gone far before the...
Continue reading...

Sean Payton will make “in neighborhood” of $18 million Yes, Payton will land “somewhere between” $17 million to $20 million per year. Peter King reports in his Football Morning in America column that Payton will make “in the neighborhood” of $18 million annually.

Of course, if that’s his official pay, there’s a chance he’ll get more, via off-the-books payments that often are made to high-end coaches, in order to keep the curve from blowing wide open at the lower end of the scale.

Is he worth it...
Continue reading...
Load more…

Kyrie to the Mavs. (5 Viewers)