Alvin Kamara looked plenty quick on the football field as a rookie for the New Orleans Saints last season.

Now nearing the end of his first full offseason with the team, the Pro Bowl running back says he can more quickly process what he'll be asked to do.

"Last year, I was learning on the fly," Kamara said. "There was still a lot of thinking in my game last year. It may not have looked like it but there were a lot of things I really had to think about."

Kamara last season quickly established himself as one of the league's top playmakers with 1,554 total yards from scrimmage that ranked sixth in the league. His 14 touchdowns included eight rushing scores, five receiving and one on a 106-yard kickoff return in Week 17 against the Tampa Bay Buccaneers.

When the New Orleans Saints wrap up mandatory minicamp Thursday and the rest of the roster flies away to parts unknown for the final break of the NFL offseason, Marcus Davenport will be getting ready to go under the knife.

But Davenport doesn't see Friday's surgery as a major setback.

The first-round pick out of UTSA said he fully expects to be ready for training camp, and he's focused on preparing for his first camp in the NFL.

Davenport missed Wednesday's practice, an absence he attributed to making sure he's ready for his surgery Friday, although he declined to go into detail about the thumb injury.

When news broke of the injury at the beginning of the week, Davenport was surprised at the reaction to it. He said he has always thought of the injury as a minor issue; the Saints wanted to be proactive about fixing it.

"I had people texting me, 'Get well soon,' 'hoping for a speedy recovery,’” Davenport said. "And I'm like, nothing happened, but OK."

Tom Savage is still in the early stages of his time in New Orleans.

A starter at times with the Houston Texans, Savage has nine games of NFL experience, but none of it is in the Saints' offense.

Before he can start making his case to be the backup to Drew Brees, Savage has to learn the terminology Brees has used for more than a decade.

How will the Saints replace Mark Ingram? A healthy Terron Armstead could be a large piece of the puzzle

The New Orleans Saints have a problem to solve.

Figuring out how to replace Mark Ingram, who is suspended the first four weeks of the season, isn't much of a puzzle. The main ingredients of the solution are fairly obvious. More Alvin Kamara, possibly more passing attempts, and some other running backs getting a few more touches.

But perhaps a big piece of the solution has been overlooked.

Tim Hightower, back with Saints for tryout, feels 'strong and healthy'

Tim Hightower still isn't ready to call it a career.

A severe knee injury caused the veteran running back to miss three full NFL seasons before his first comeback with the New Orleans Saints in 2015. Now after sitting out another season when nobody picked him up after the final preseason roster cutdown in 2017, Hightower rejoined the Saints for a minicamp tryout that ends Thursday.

"My body still feels strong and healthy," the 32-year-old Hightower said Wednesday (June 13). "So as long as I can continue at that high level and contribute, I'm going to go for it."

The Saints will play the first four regular season games without Mark Ingram due to a league-mandated suspension for violating the league rule on performance-enhancing drugs.

CSC Lagniappe: Saints and NFL football in empty stadiums, are you kidding me? 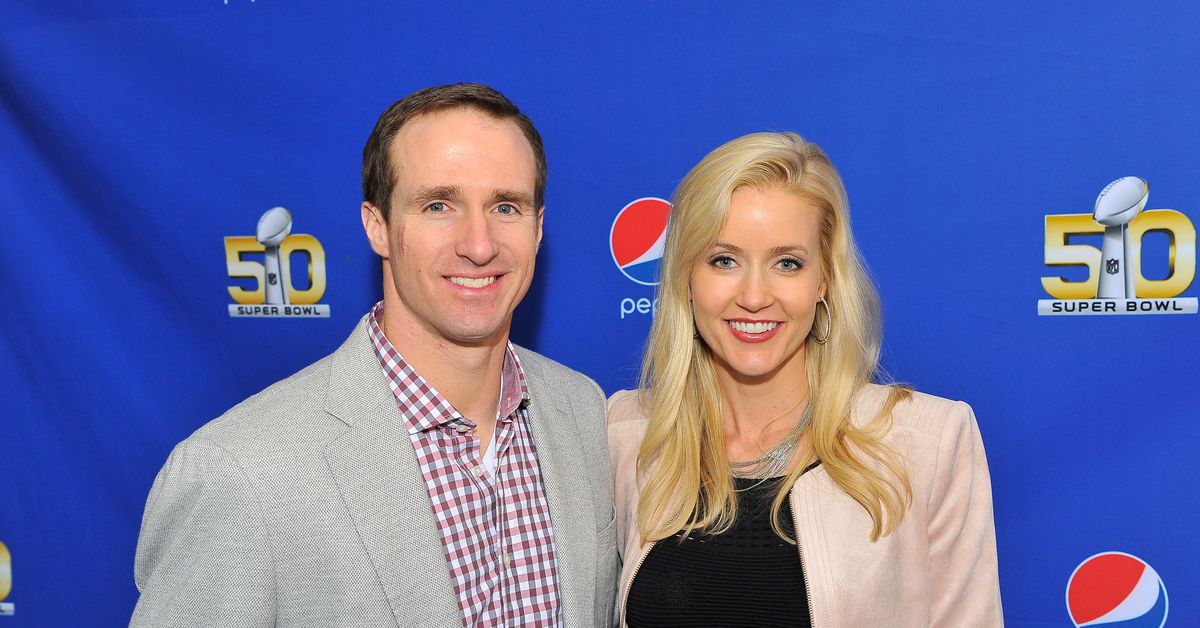 Yeah that’s a real possibility. We are going to have a virtual draft, no idea when players will get to training camp, and when the fast test for Covid-19 is a reality, the players should be able to practice. But what about the season. Below is the interview Drew Brees and his Wife Brittany had with talk show host Ellen Degeneres. The first part discusses their $5 million dollar contribution and makes me even prouder of our quarterback. Near the end Drew discusses how...
Continue reading... Tom Brady‘s arrival in Tampa changed the outlook for the Buccaneers and it also set up multiple matchups with one of the NFL’s other top quarterbacks of all time.

Drew Brees re-signed with the Saints for the same two years that Brady signed up for with the Bucs, so they’re on track to face off at least four times in NFC South matchups. During an appearance on The Ellen Show on Wednesday, Brees was asked about the new arrival and what it means for life in the...
Continue reading... 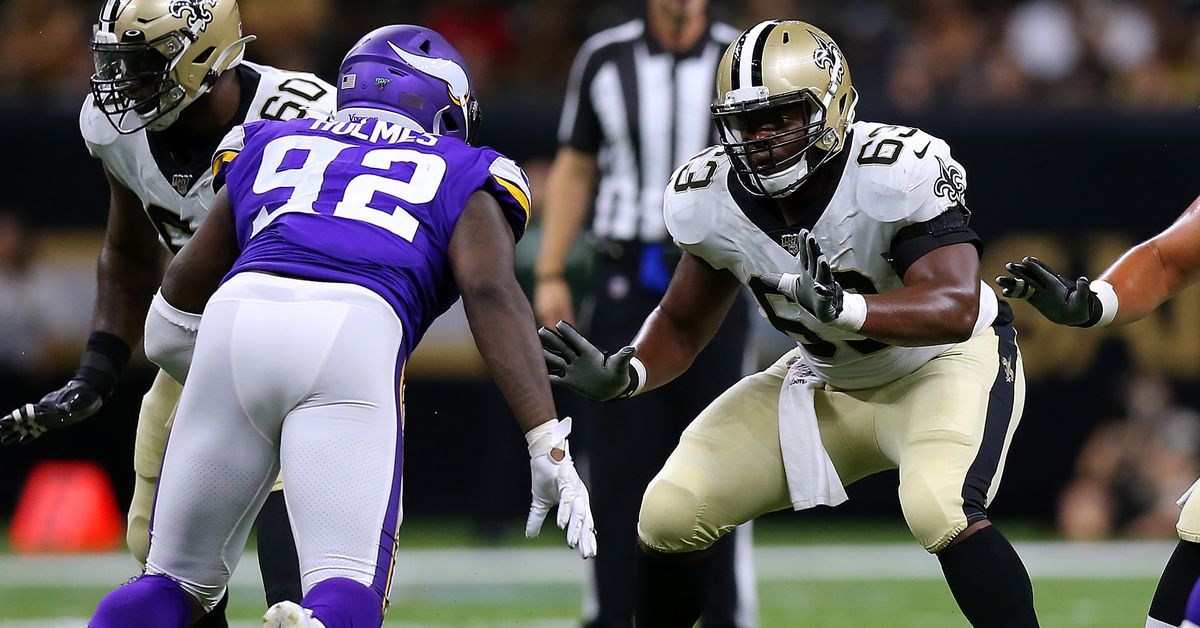 Saints QB Taysom Hill and his wife have their first baby on the way.

Three scenarios where the Saints could trade up for the 2020 NFL Dract.

After re-signing center Cameron Tom, here’s a look at what he brings to the team.

In an interview with Sirius XM’s NFL Radio, Cam Jordan does not seem to be intimidated by Tom Brady joining the NFC South.

Taysom Hill and wife Emily have some news: Their first baby is on the way 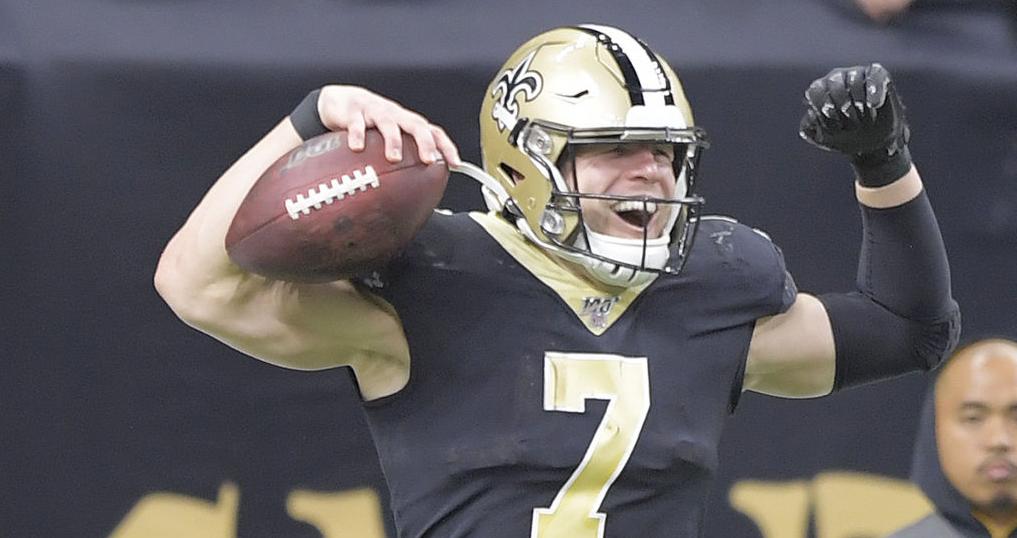 If you're looking some for good news these days, you've come to the right place...

"We are beyond thrilled for our new addition to our family, coming August 2020!!

Hill and his wife have been married since 2014.

Hill has become a fan favorite the past few years in New Orleans, captivating fans with...
Continue reading...

METAIRIE – The defensive line was one of the deepest positions on the New Orleans Saints last season.

Five-time Pro Bowl defensive end Cameron Jordan also was injured for the last five games, but kept playing on his way to finishing the season with a career-high 15.5 sacks. Jordan revealed after the season that he was...
Continue reading...

Drew Brees: Stay at home, out of harm’s way While some NFL players are flaunting their workouts on social media in violation of stay-at-home orders, Drew Brees is encouraging everyone to stay home.

The Saints quarterback went on The Ellen Show with the message that the more everyone follows the rules, the quicker sports can return and life can resume at something akin to normal.

“We’re gonna get through this, but we need to get through it together,” Brees told DeGeneres from his home in California, via Amie...
Continue reading...

What Cameron Tom brings in his return to New Orleans 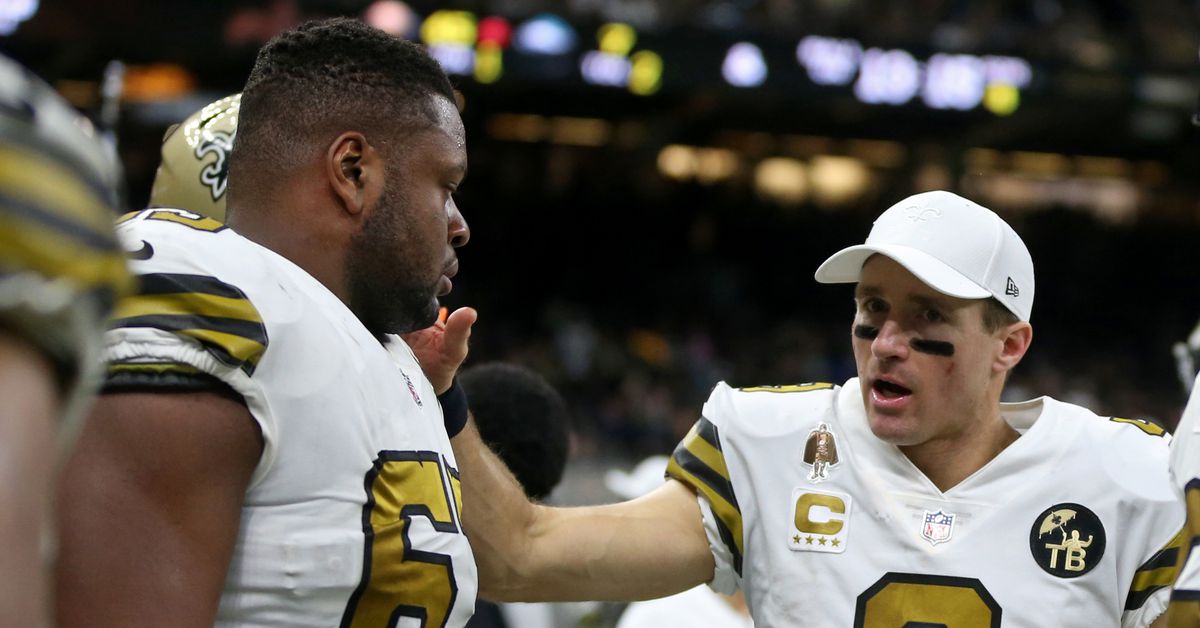 The Southern Miss grad never made it to the field in 2019, starting the season on IR. However, his development has been encouraging for the Saints staff who had him deep in last year’s...
Continue reading... 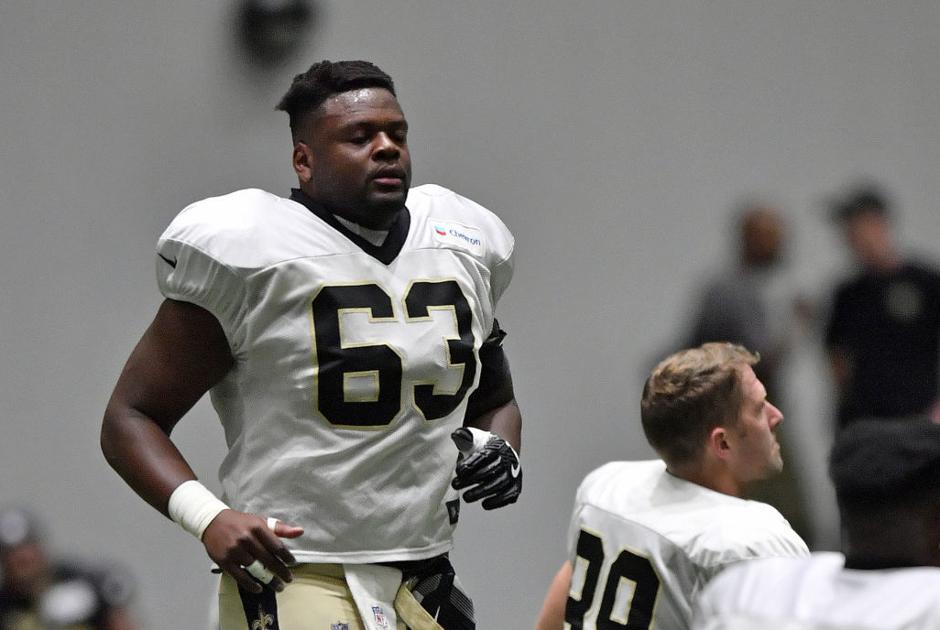 In 2017, Tom was on the team's practice squad until Oct. 25. He was a healthy inactive in Week 8 through the rest of the season.

Tom missed the entire 2019 season due to being placed on injured reserve with an undisclosed injury during...
Continue reading... The Saints have brought one of their reserve offensive linemen back to the roster.

According to multiple reports, the Saints have re-signed Cameron Tom. They opted not to tender Tom as a restricted free agent last month.

Tom signed with the team after going undrafted in 2017 and spent his rookie year on the practice squad. He appeared in 11 regular season games for the Saints during the 2018 season. He made one start at right guard in the season finale as the...
Continue reading...

Saints WR Emmanuel Sanders will make $2M in base salary next season; breaking down new contract 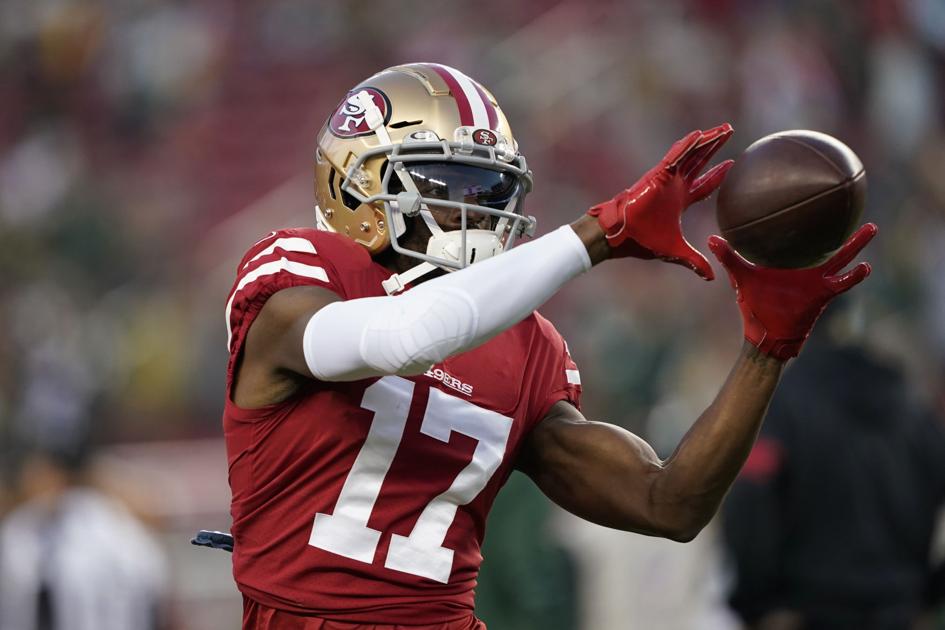 Here's how the deal breaks down, according to Spotrac.

Additionally, Sanders' deal carries $1.5 million in reception incentives for both the 2020 and 2021 season. There is also a 2022 season on Sanders' contract, but it voids on the last day of the 2021 league year. 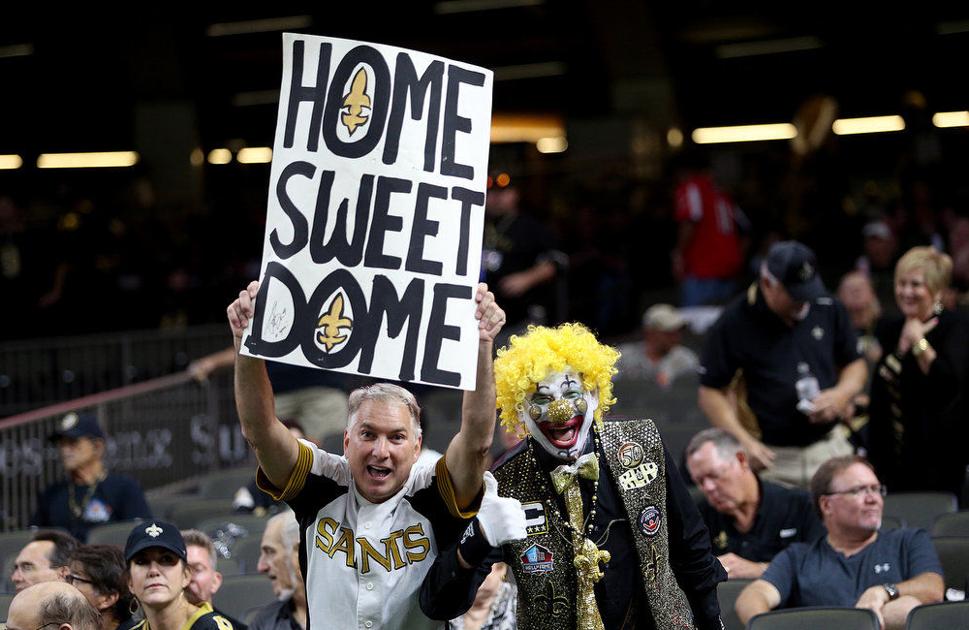 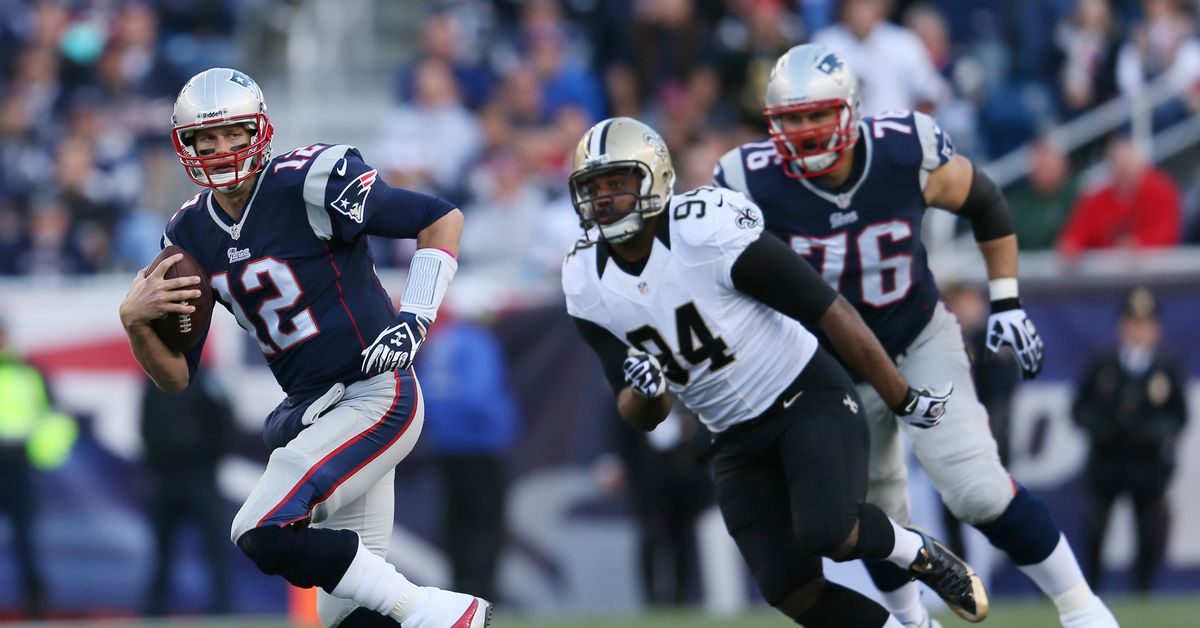 On the topic of...
Continue reading... 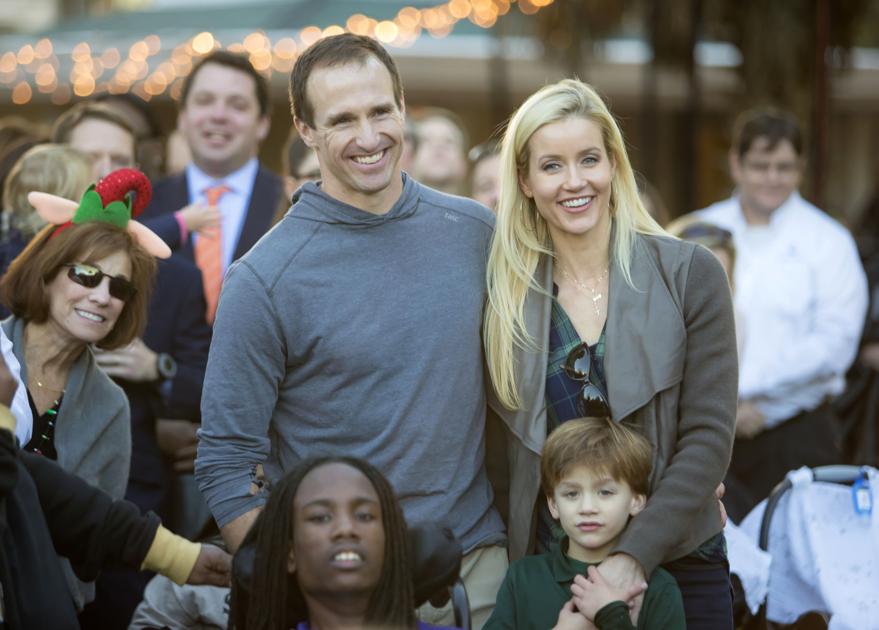 He went from Westlake High School in Austin, Texas, to Purdue in the Big Ten and ended up in New Orleans where every game inside the Mercedes-Benz Superdome is packed with fans.

So when the NBA mulled the idea of playing without fans due to the coronavirus pandemic, it forced Brees to think about that possibility.

"That was the first time I ever thought about playing a...
Continue reading... 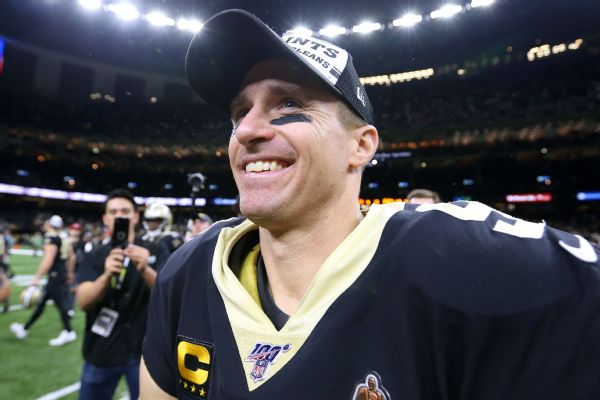 Drew Brees said Wednesday on The Ellen Show that he thinks "the American people need sports right now." The New Orleans Saints quarterback is also eager to return to the field this fall so he can compete against new NFC South rival Tom Brady.

"Yeah, well the division just got a little bit better, didn't it?" Brees said with a laugh when asked about Brady signing with the rival Tampa Bay Buccaneers. "And in addition to that, Teddy Bridgewater -- who played so well...
Continue reading...
Load more…