The New Orleans Saints were obviously happy with their group of tryout players during rookie minicamp this past weekend.

Former Georgia Tech linebacker KeShun Walker is signing with the Saints, according to a tweet from his agent. Walker is one of four tryout players who earned a contract after the three-day camp.

The number of tryout players the New Orleans Saints that earned a roster spot after rookie minicamp is up to three.

Veteran defensive tackle Jay Bromley is set to sign with the Saints, according to a league source. He joins veteran offensive tackle Michael Ola and undrafted rookie fullback Ryan Yurachek (Marshall) as players who earned contracts after trying out this past weekend.

Will Jonathan Williams Be The Next Man Up in the Saints Backfield?

With Mark Ingram out, is the answer to running back depth for New Orleans already on the roster?

The New Orleans Saints opened their rookie camp this past weekend, the first chance to see this year's draft choices and free agent signees on the field in their new uniforms. They opened camp just days after the league announced that Pro Bowl running back Mark Ingram will be suspended for the first four games of the upcoming season. The team still has the reigning offensive rookie of the year in Alvin Kamara, who was already expected to take on an even bigger role in the Saints offense. The immediate question now surrounding New Orleans is their depth behind Kamara, and how they will go about replacing Ingram's production until his return. The Saints have very little experience at the running back position, their current depth chart looks like this:

~Edmunds made the team as a rookie free agent last year, rushing for 48 yards on 9 carries and a touchdown.

By Josh Katzenstein
NOLA.com | The Times-Picayune

Most of the players at the New Orleans Saints are participating in their first NFL practices during this weekend's rookie minicamp, but the sessions are old hat for a few of them.

Defensive tackles Tyrunn Walker and Jay Bromley, safety Matt Elam and offensive lineman Michael Ola all have at least four years of NFL experience, and during their tryouts this weekend, they're hoping to impress the Saints enough to earn a contract.

Walker and Elam are the biggest names of the group of veteran tryout players. The 28-year-old Walker, a native of New Iberia, was with the Saints from 2012-14 after going undrafted out of Tulsa.

After three years with the Saints, Walker joined the Detroit Lions for 2015-16 and then played for the Los Angeles Rams in 2017. Broncos quarterback Jeff Driskel went on the reserve/COVID-19 list this week due to a positive test and head coach Vic Fangio said at the time that the team did not have concerns about the availability of other quarterbacks due to contact with Driskel.

The NFL appears to have some concerns, however. Mike Klis of KUSA reports that the NFL told the Broncos to keep Drew Lock, Brett Rypien, and Blake Bortles from practicing on Saturday after reviewing film of their interaction with Driskel on Wednesday.

Klis reports that all three quarterbacks are asymptomatic and that they have all tested...
Continue reading... 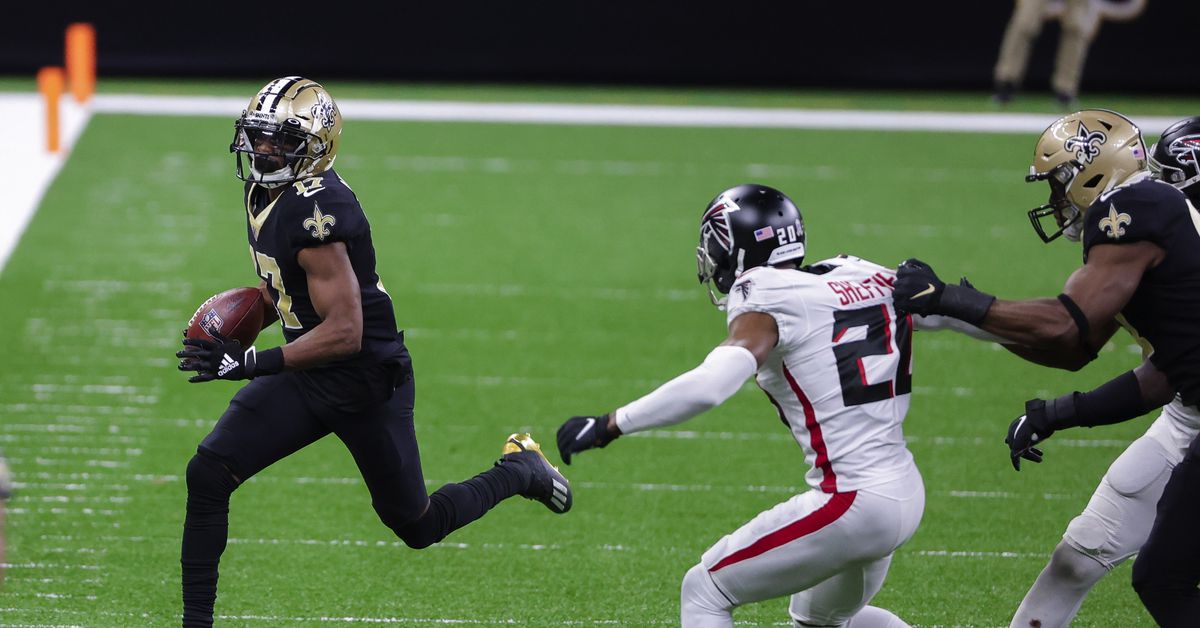 Taysom Hill did anything but disappoint in his debut as the starting quarterback of the New Orleans Saints offense last week. He went 18 of 23 for 233 yards, and he rushed another 10 times for 49 yards. However, there are certainly things if you dig a bit deeper that he’ll need to work on for the sake of consistency.

One of those things is keeping his receivers involved. Half of his completions went to Michael Thomas, which is to be expected when a new quarterback has a top 3 receiver in football to throw to. However, Emmanuel Sanders is right there as well, and Hill appeared to have a...
Continue reading... 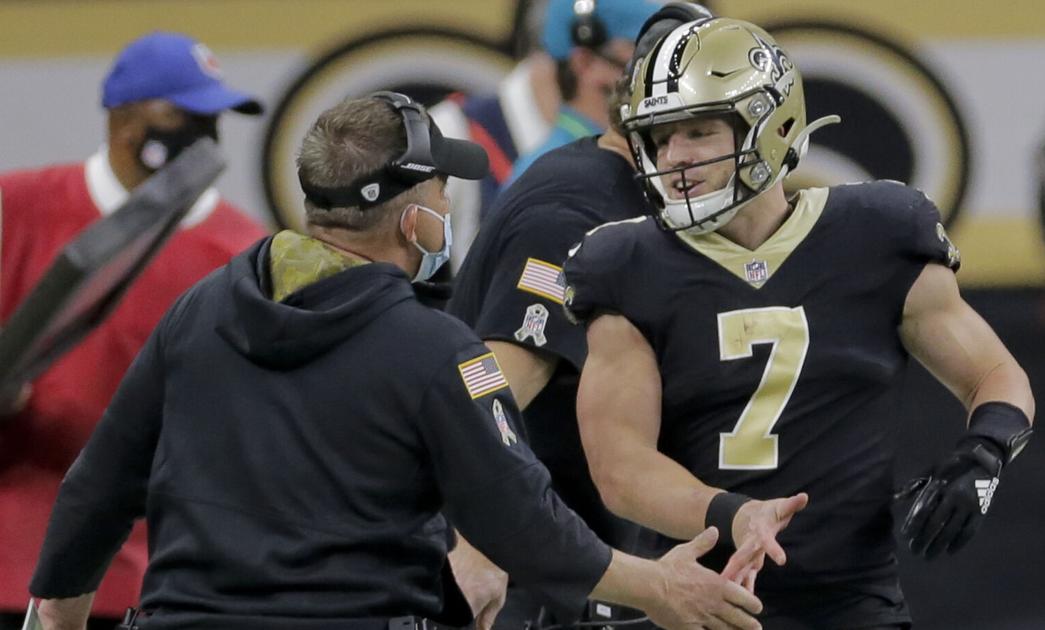 How long has it been since the New Orleans Saints made the trip to Denver? This long: Joe Vitt was on the Saints sidelines as coach Sean Payton was serving a year-long suspension, Peyton Manning was midway through his first season in Denver and Drew Brees’ two touchdown passes went to Darren Sproles and Jimmy Graham.

A lot can change in eight years, and Denver is a prime example. Since that last meeting, the Broncos won a Super Bowl, but have also cycled through four head coaches and nine starting quarterbacks. They are 4-6 this season and in danger of finishing with a losing record for...
Continue reading... 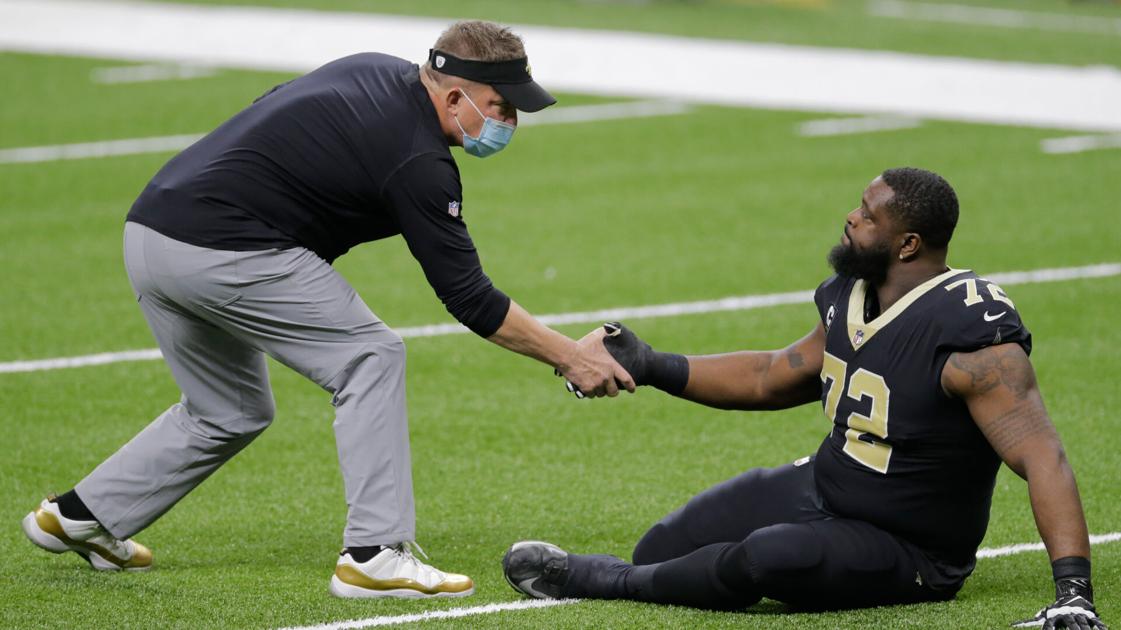 New Orleans Saints starting left tackle Terron Armstead has tested positive for COVID-19 and will not play Sunday against the Denver Broncos, he announced Saturday.

Armstead said on Twitter that he feels "completely normal and ready to go play with my guys tomorrow," but "unfortunately that can't happen."

The Athletic's Kat Terrell first reported that a Saints player had tested positive and that the Saints have other players in the contract tracing protocol.

With Armstead out for Sunday's game, the Saints will be down at least two offensive linemen, as starting left guard Andrus Peat...
Continue reading...

The Hazards of Mile High Stadium 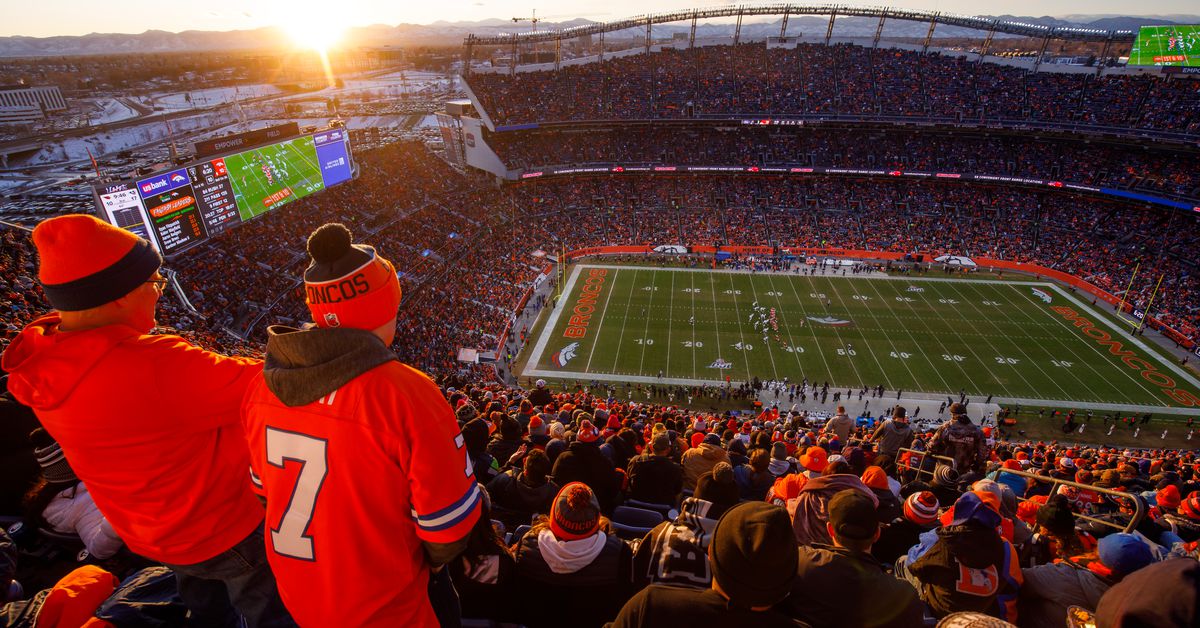 One mile is 5,280 feet in distance. That just happens to be the exact elevation of the city of Denver where Empower Field at Mile High sets the stage for Broncos home games. The human body performs differently at different elevations and it has the ability to adapt to these changes, but those adaptations take time to occur.

According to varying sources, it can take between nine and 18 days to fully acclimate to Denver’s elevation when coming from a lower elevation. Because the rigorous NFL schedule sends teams from place to place almost weekly, it’s impossible for any team other than the...
Continue reading... 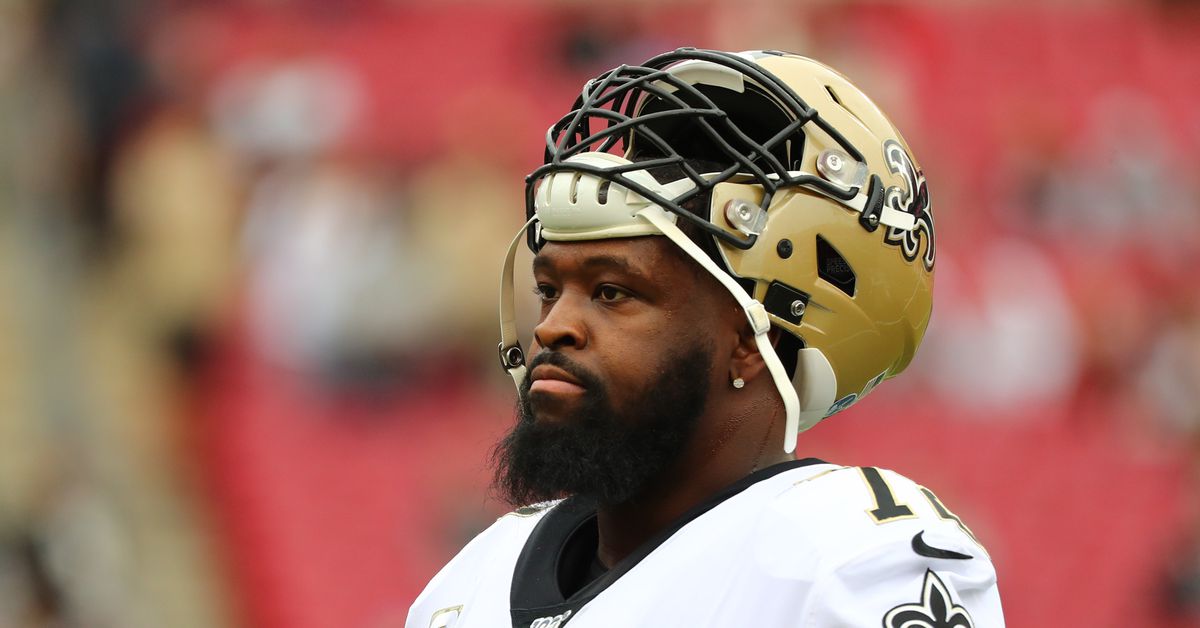 According to reports, New Orleans Saints two-time Pro Bowl left tackle Terron Armstead will be out for Sunday’s game at the Denver Broncos after a positive COVID test.

The Saints have been one of the most well-managed teams throughout the coronavirus threat throughout the season, but unfortunately will not go unscathed along the starting lineup this season. Armstead being out is a big loss any week for New Orleans, but this week they’ll be facing a Broncos pass rush that’s seventh in sacks so far this season after notching six against the Miami Dolphins last week. A lean on the run game...
Continue reading... 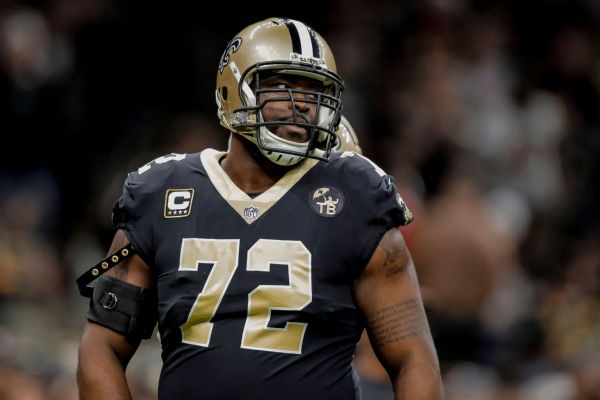 METAIRIE, La. -- The New Orleans Saints will be without standout left tackle Terron Armstead on Sunday in Denver after he tested positive for COVID-19.

Armstead confirmed the news on Twitter, saying that he is symptom-free.

The Saints were scheduled to fly to Denver on Saturday. It was not immediately clear if anyone else's status would be affected due to contract tracing.

The Saints will also be missing their starting left guard, Andrus Peat, because of a concussion -- not to mention quarterback Drew Brees, who is on injured reserve because of broken ribs and a punctured lung. The Saints have just suffered a big loss on their offensive line.

New Orleans left tackle Terron Armstead has tested positive for COVID-19 and is out for tomorrow’s game at Denver, according to multiple reports. James Hurst is expected to start in Armstead’s place.

Armstead is a team captain who has started every game this year at the most important position on the offensive line, and he will be a tough player to replace. The Saints are also missing left guard Andrus Peat, who suffered a concussion, so the left side of their line may be a problem against the Broncos. 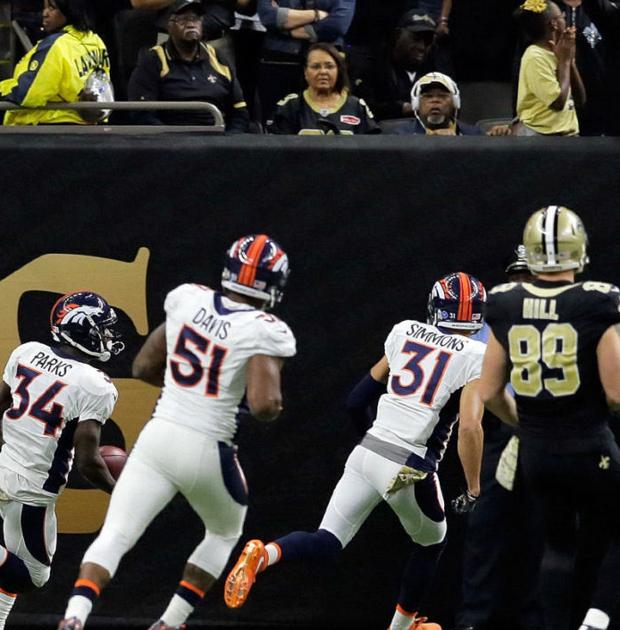 Drew Brees was a sophomore in college.

Sean Payton was an offensive coordinator at Miami University in Ohio.

That's how long it's been since the New Orleans Saints beat the Denver Broncos.

The year was 1994, the final game of Vic Fangio's 9-year run on the Saints' coaching staff.

Fangio, now in his second season as Denver Broncos' head coach, was the Saints linebackers' coach on that Christmas Eve in Denver.

"Was that the game we beat them 42 to nothing?" Fangio asked.

Interview with the Enemy: Play action may be Denver’s best game plan against Saints front seven 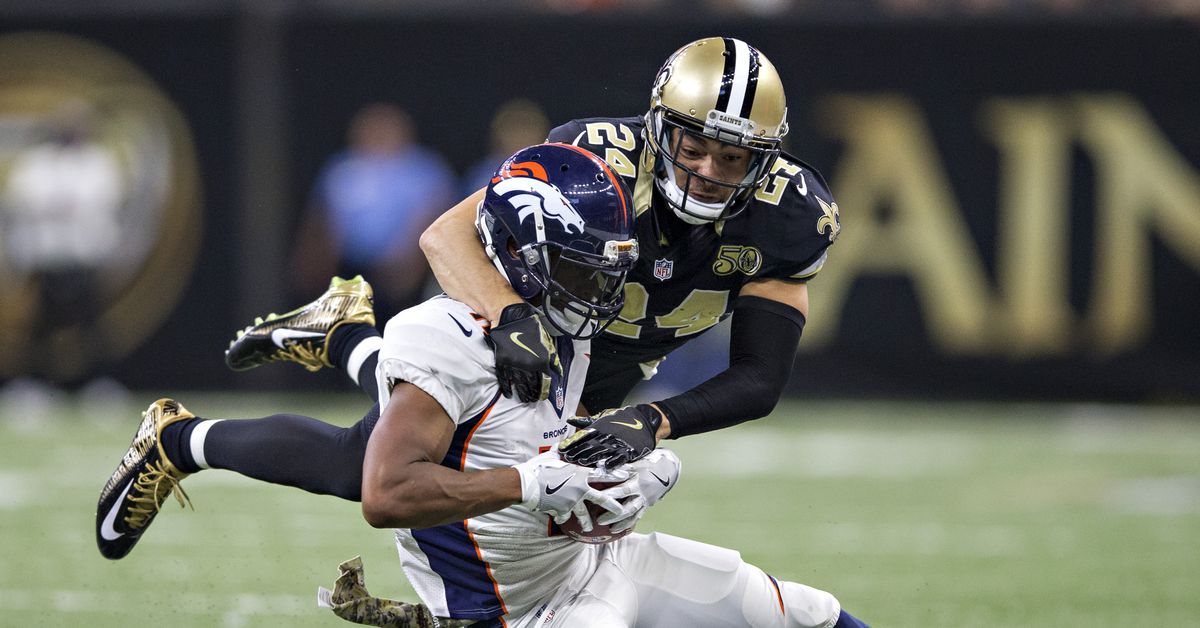 Another week of football, another week of our Interview with the Enemy series. This week, Joe Rowles of Mile High Report answers 5 quick questions ahead of our critical Week 12 matchup: New Orleans Saints vs. Denver Broncos.

The Broncos are starting to find a rhythm with the run game this season; so much so, they’re 6-0 in the last six games when Phillip Lindsay has had 15 or more carries. This season, those games include wins over the New England Patriots and the Miami Dolphins. The Patriots are ranked 20th in rushing defense, while the Dolphins are 27th. New Orleans, conversely, is...
Continue reading... 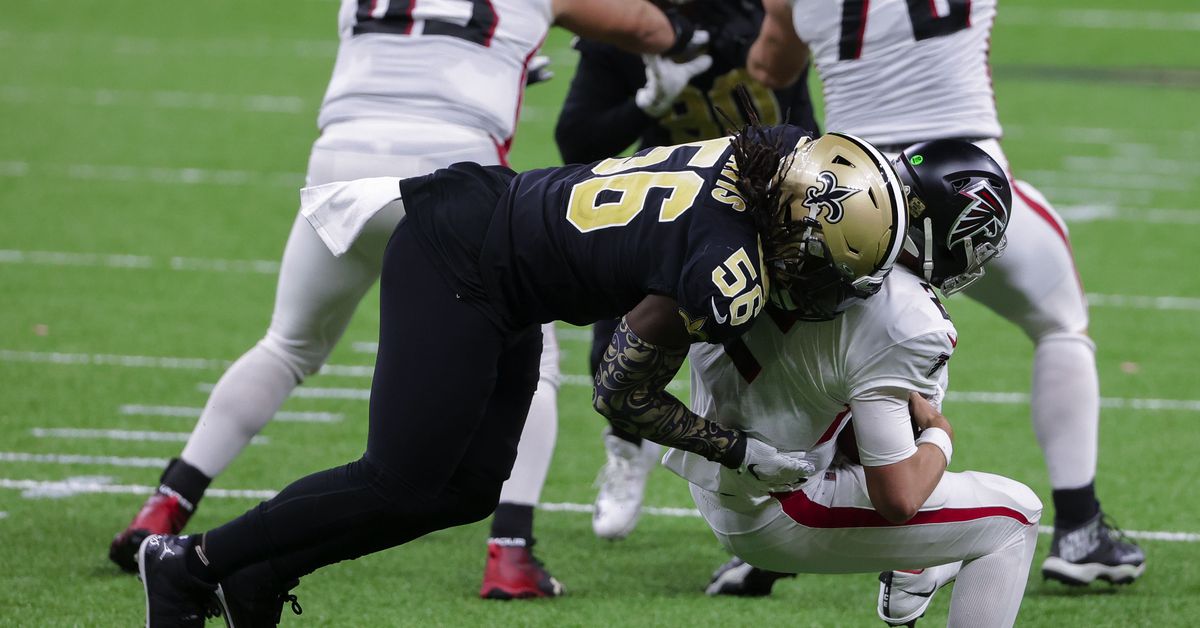 Welcome to SB Nation Reacts, a survey of fans across the NFL. Each week, we send out questions to the most plugged in Saints fans, and fans across the country. Sign up here to join Reacts.

Football and Thanksgiving may look a little different this year, but families around the country are still crowding around the TV to watch this year’s games.

This week, with the games a little less appealing than most, it seemed like a good time to ask what everyone knows but shies away from actually saying – which Thanksgiving dishes don’t belong? During the main course, NFL fans were mostly spread...
Continue reading...

Broncos return to practice after no new positive COVID-19 tests The Broncos appear to be good to go for tomorrow’s game against the Saints.

After canceling practice yesterday because of positive COVID-19 tests, the Broncos had no new positives today and are back at practice.

But a day without positive tests indicates that there’s not a full-scale outbreak in Denver, and they’re set to host the Saints as scheduled.
Continue reading...

Pride and joy: The forces in Taysom Hill's hometown that led him to New Orleans 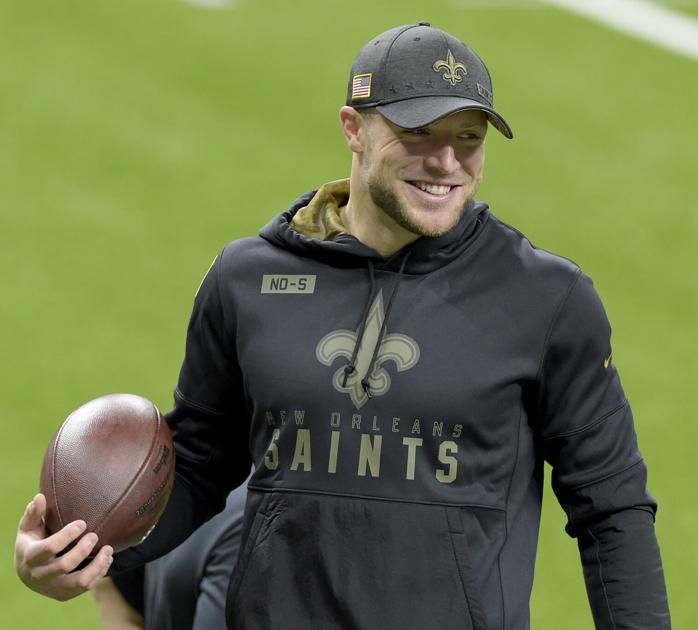 POCATELLO, Idaho — You want to encapsulate Taysom Hill's home town in three words, do it this way: Born and raised.

Everything is connected here. Residents tie the blue collar mindset of the community to its foundation as a crucial stop on the Union Pacific Railroad in the 1880s, the site of one of the largest repair and maintenance facilities west of the Mississippi River. People came here to work hard and passed that trait onto their children, who stayed here and passed it on to their children. They stayed because it was quiet, because it was a good place to raise a family and earn a...
Continue reading... It’s one thing to be outplayed by a 30-year old gadget tight end making his NFL debut at quarterback. It’s another thing to be outplayed by him while also getting sacked eight times. While Atlanta Falcons QB Matt Ryan isn’t a stranger to being sacked, especially against the Saints, continually hitting the turf while Taysom Hill frolicked to a pair of touchdowns on the other sideline had to sting. So, that leads to the pressing question. Why did Matt Ryan get sacked eight times? Really, it’s because of two simple words. Coverage Sack.

Instead of going through every single sack that the...
Continue reading...
Load more…

15 minutes ago
Scorpius the Allfather

Mr Dinkins will you please be our Mayor (14 Viewers)

Terron Armstead tests positive. Update: no other positives via tracing at this time (271 Viewers)
2 3 4 5

We might hate to admit this, but in many respects Hill played a lot like Vick used to (28 Viewers)
2 3