CHARLOTTE, N.C. -- The Carolina Panthers released quarterback Cam Newton, the team's No. 1 overall selection in the 2011 draft, on Tuesday.

Newton, who continues to rehab from foot surgery, had a physical in Atlanta on Monday that was coordinated by the Panthers and his agency, sources told ESPN's Adam Schefter.

Newton passed the physical and is healthy, with both his shoulder and foot "checking out well," a source told Schefter. "He is hungrier than ever and eager for the next opportunity."

"Cam has meant a lot to this organization and the Carolinas," general manager Marty Hurney said in a statement. "Everyone saw his performances on the field. I had the privilege of seeing how hard he worked off the field, and his commitment to this team when no one was watching. He's the ultimate competitor and it physically hurts him to lose. He willed this team to victory on many occasions and will always be considered one of the greatest players in the history of this franchise. His contributions to this team, this community and the game of football will leave a lasting impact on our organization."

Energy shift a threat to Louisiana, global warming not as much, says New Orleans Power Poll 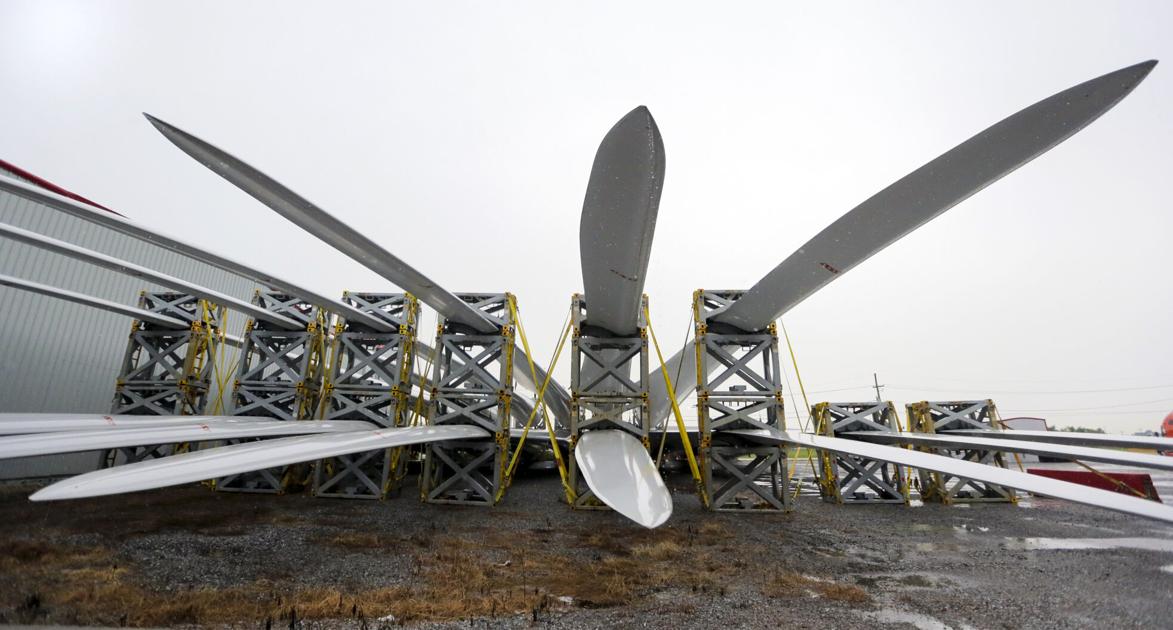 If Louisiana is counting on surviving the transition from oil and gas to renewable energy without major economic damage, it might be drilling a dry hole, according to The Times-Picayune Power Poll. Two thirds of Power Poll members put the state's chances at even to very poor.

"We have a partisan Legislature that is less concerned about providing for future growth than ... about appeasing a national right wing narrative," said Jeff Thomas, publisher of Think504. "We have opportunities to lead in the transformation from fossil fuels dependency to cleaner, greener infrastructure. This would...
Continue reading... 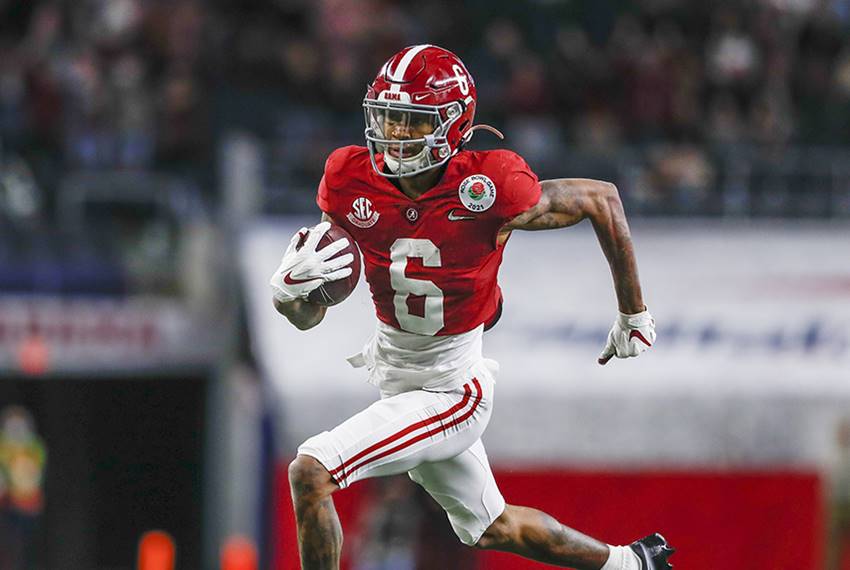 A new trend is developing in the NFL at the wide receiver position. It is a copycat league.

Chiefs wide receiver Tyreek Hill 5 at 5-9 ½ and 180 pounds is almost too fast and shifty to cover so the trend is going to smaller fast wide receivers.

The 2021 NFL draft is full of these type receivers.

No. 1 rated Ja’Marr Chase out of LSU is 6-0 with 4.40 speed so I would not say he quite fits the mold but he was the best receiver in college football in 2019 and then opted-out in 2020. He gets separation deep, has consistent hands and shows both excellent vertical ability and body control...
Continue reading... 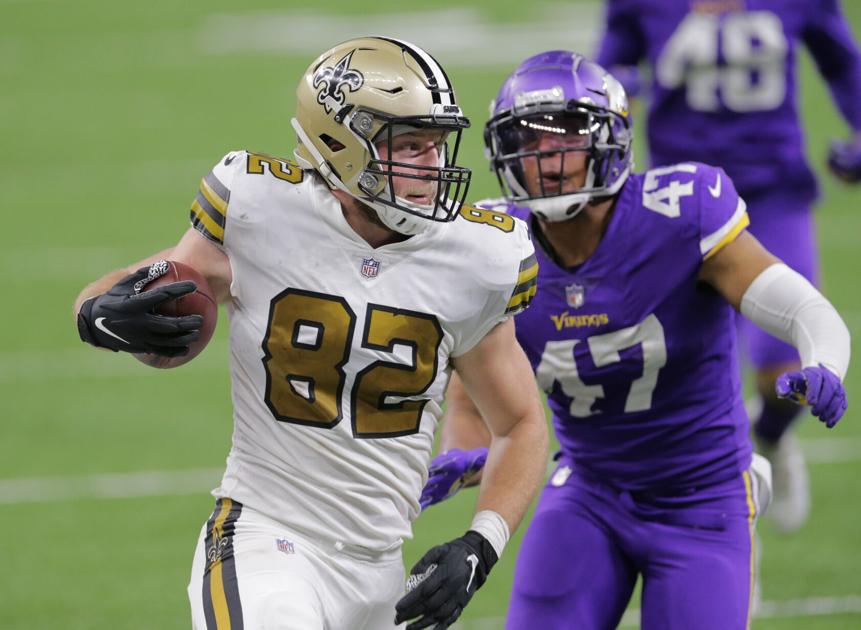 The start of NFL free agency is right around the corner (March 17), and that means we should soon start to get an idea for the shape of the New Orleans Saints roster.

Tthis promises to be an offseason of change for the Saints, who have already navigated some coaching staff turnover. They might be debuting a new starter under center for the first time since 2006 and will likely be faced with some tough roster decisions to get under the salary cap.

With that in mind, here is a position-by-position look at who the Saints have under contract, who from their 2020 team is a free agent, and how...
Continue reading... 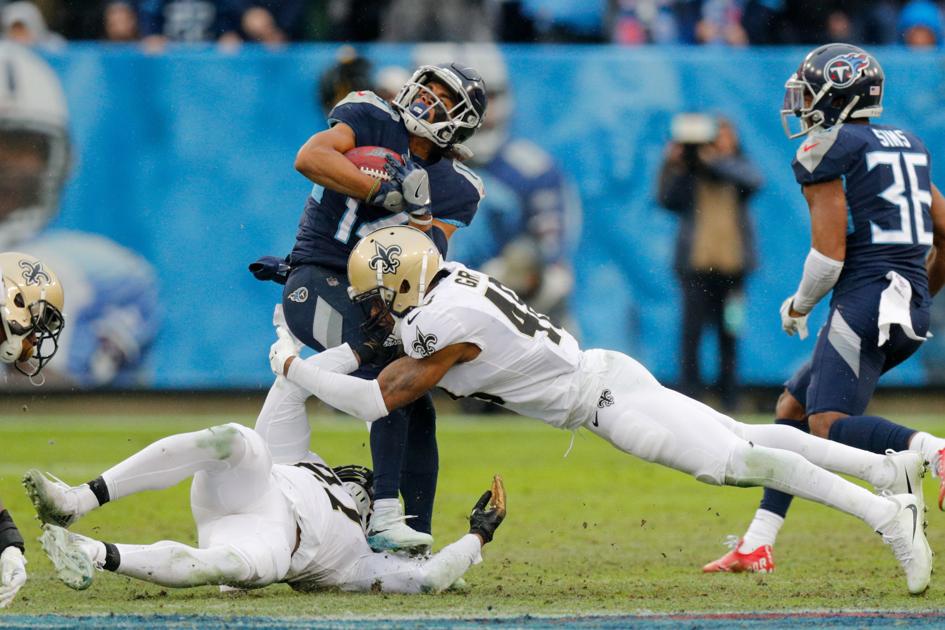 J.T. Gray didn’t have to think too hard when presented a two-year contract extension to remain with the New Orleans Saints.

This was where he first made his name as a professional football player, and this is where he wanted to stay.

“Sometimes the grass is greener on the other side,” Gray said Friday. “But with me, I made the decision to just stay here and leave my mark here."

Gray was set to be the Saints’ lone restricted free agent this offseason. His new contract will pay him $4 million over the course of the deal with $2 million guaranteed. Gray will earn $1 million in guaranteed...
Continue reading... 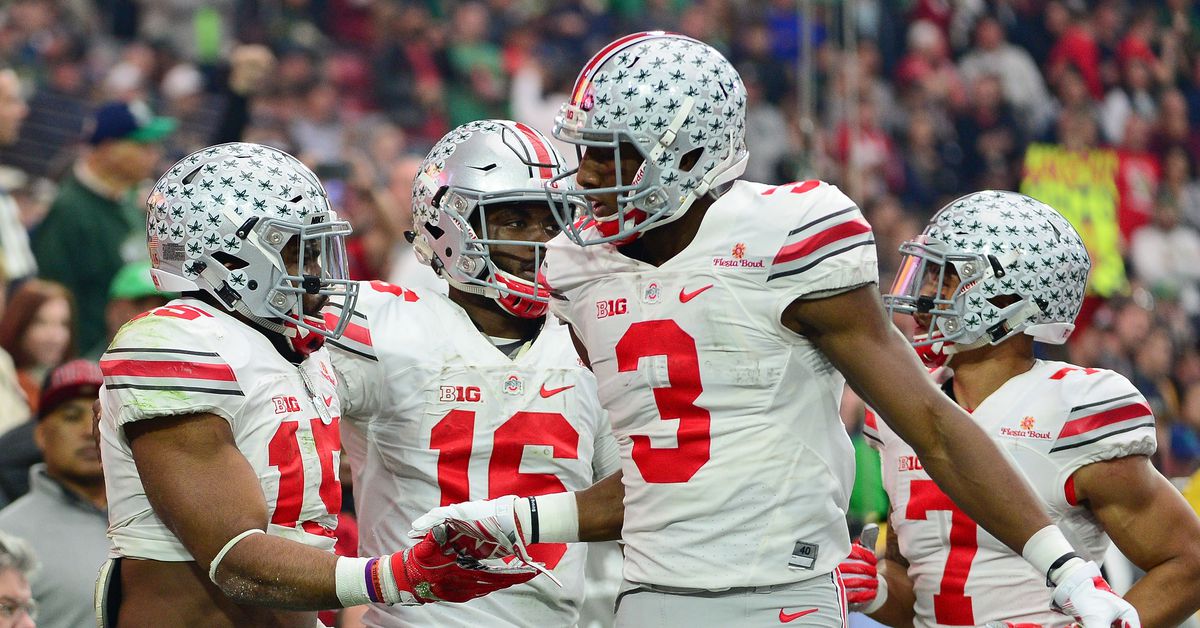 When it comes to drafting at the wide receiver position, the New Orleans Saints have a type. Since 2006, the Saints have selected only nine wideouts in the NFL Draft. Of those receivers only one was under the six-foot mark and only two weighed less than 200 pounds.

To get a look at which receivers in the 2021 draft may fit the Saints’ preferred physical profile, I averaged out some key factors that could be used to pinpoint an ideal fit.

The most obvious components to consider were height (listed below in inches) and weight as referenced above. But to add a bit more detail, I also took a...
Continue reading...

Jeremiah Owusu-Koramoah is the best linebacker in the 2021 NFL Draft. 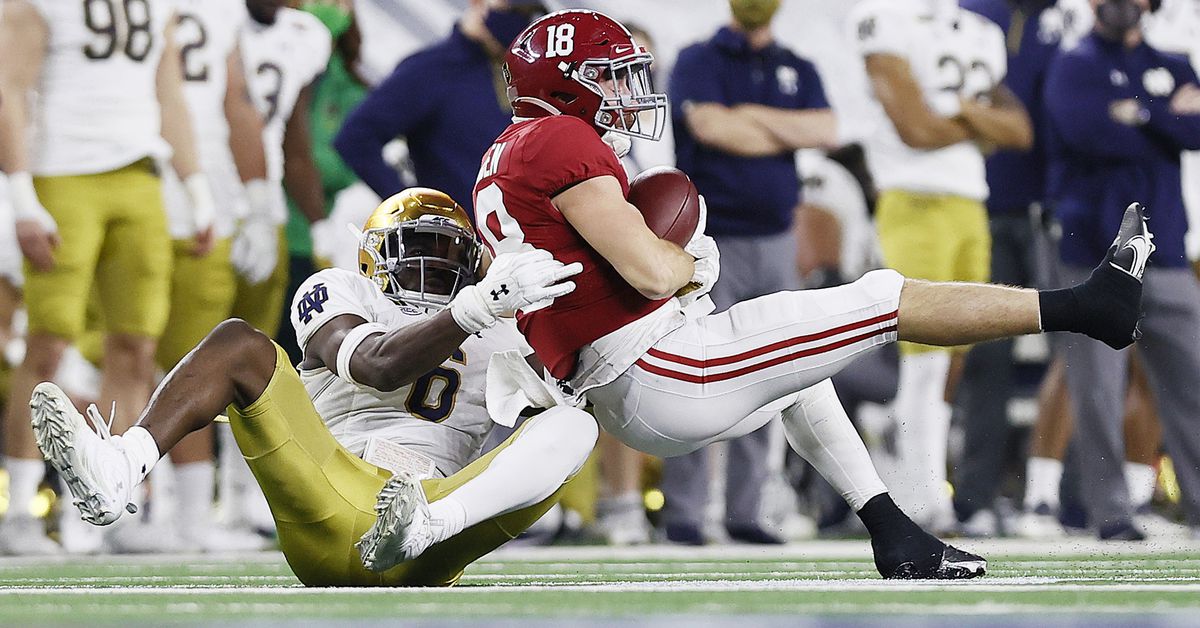 The Notre Dame product has been picking up steam as of late, and for good reason. You may have only heard Penn State linebacker Micah Parsons name at the top, however I believe that Day 1 of the NFL Draft Jeremiah Owusu-Koramoah will be the best linebacker.

The New Orleans Saints defense saw a new life in the linebacker room with the addition of Kwon Alexander. Owusu-Koramoah offers everything you get in Alexander and more. He has the pure coverage skills of a defensive back, combined with the tackling skills of a top linebacker. His draft stock ranges all around the first day, mainly due...
Continue reading... 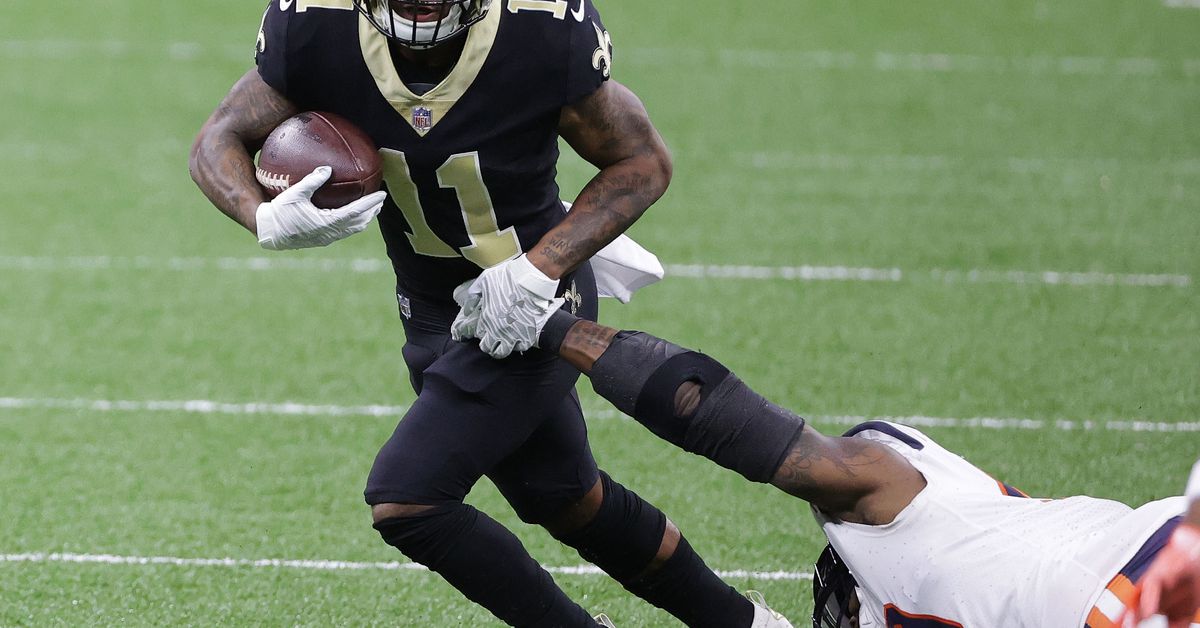 Deonte Harris had a breakout rookie season in 2019, and that is putting it lightly. The undrafted free agent made the Pro Bowl as a kick return specialist, and after his spectacular debut, the thoughts and eyes turned towards what he could be for the franchise. His speed, talent and character all embodied exactly what the New Orleans Saints were after. As such, it came as no surprise when talk about the expansion of his role arose this past offseason.

Harris is a talented player, and what New Orleans lacked in a deep threat they saw in Harris. The start of the 2020 season saw Harris’ role...
Continue reading... 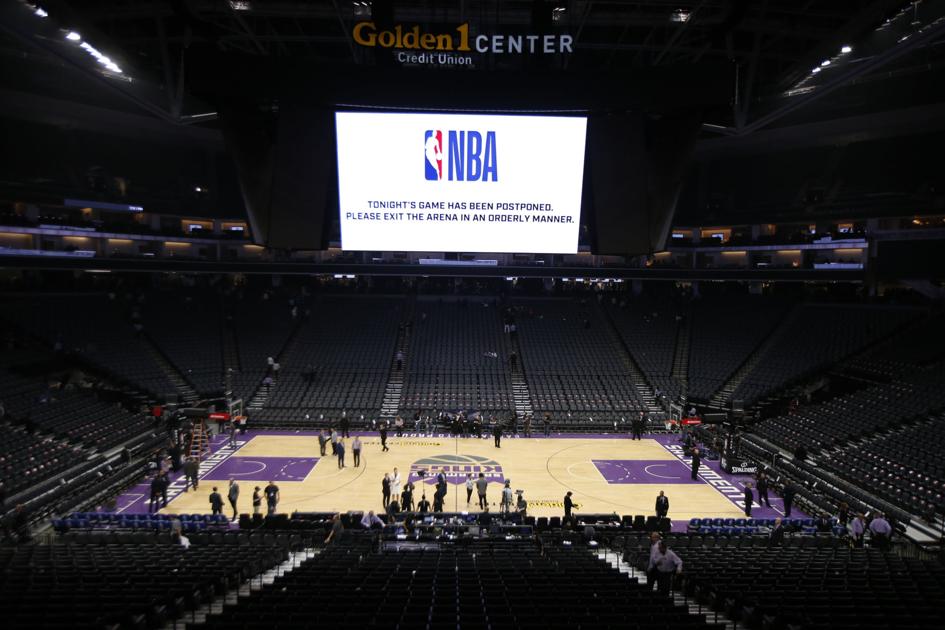 I had a follow-up doctor’s appointment regarding a recent knee surgery. Then we had a staff meeting on NFL free agency and the Saints offseason. We met at La Boulangerie on Magazine Street over lunch.

In a meeting that last more than an hour, we spent maybe five minutes — if that — discussing the relatively new coronavirus. Even then, we only discussed how it might affect my upcoming flight to the NFL owners meeting in Palm Beach, Florida (the NFL announced the next day that those meetings were canceled)...
Continue reading...

Walker: Thomas Morstead ambushed the hearts of Saints' fans in a way punters rarely can 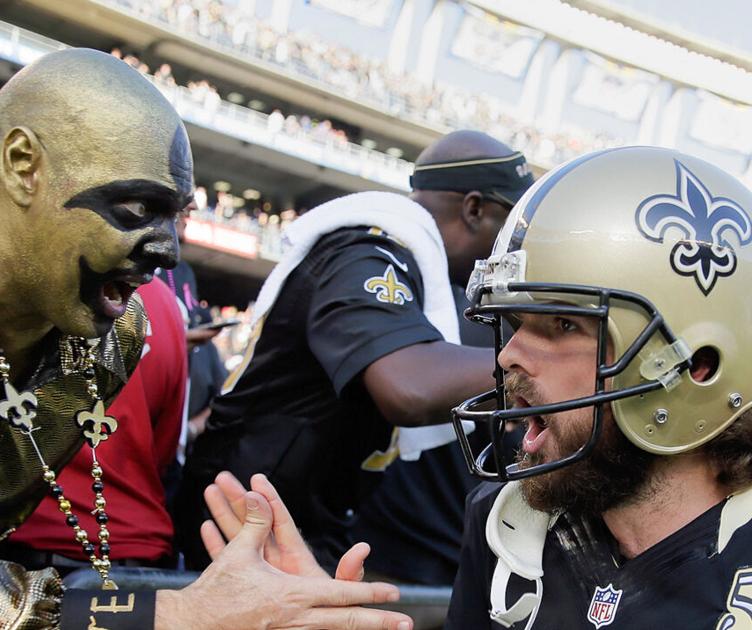 It's not often that you'll read a farewell column about a punter.

But Thomas Morstead, as he's shown us for the past 12 seasons, isn't just a punter.

He is much more than that, both to the New Orleans Saints and the city they play in.

It's why there was a somberness among many in the Who Dat Nation on Thursday when it was announced the Saints were letting Morstead go.

Perhaps teammate Cam Jordan summed it up best for everybody.

"It won't be the same," Jordan tweeted.

Simply put, Morstead was not only a fan favorite, but also a teammate favorite and a media favorite, something that's...
Continue reading...

Saints fans, teammates, others react to Thomas Morstead's release: 'It won't be the same' 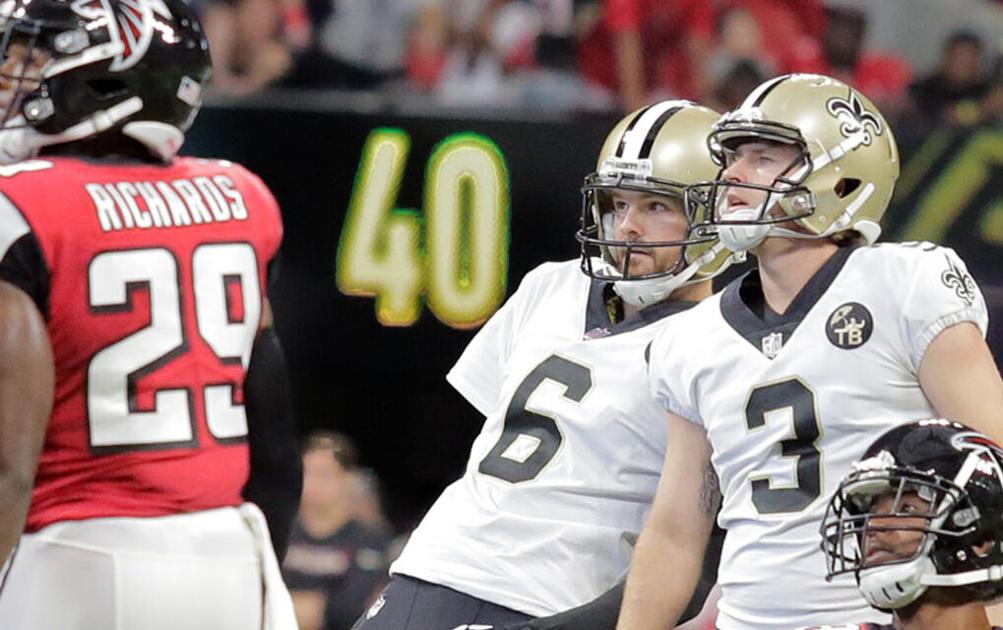 This week's New Orleans Saints bombshell: Thomas Morstead is no longer on the roster.

The longtime punter who notably knocked the ball off the tee for the "ambush" onside kick to start the second half of the Saints' Super Bowl victory was released Thursday, the team announced.

The news came amid a slew of offseason maneuvers as the Saints look to climb under the salary cap before the 2021 season, but that didn't lessen the shock as one of the team's most identifiable players was set to continue his career elsewhere. Morstead said he doesn't plan to retire, and will continue to be active...
Continue reading... Curry has been with New Orleans since 2016, first serving as an offensive assistant before his promotion to wide receivers coach in 2018. He’s replacing Joe Lombardi, who left the organization to become the Chargers’ offensive coordinator.

Top 6 quotes from Thomas Morstead after Saints release: 'All I have are positive emotions' 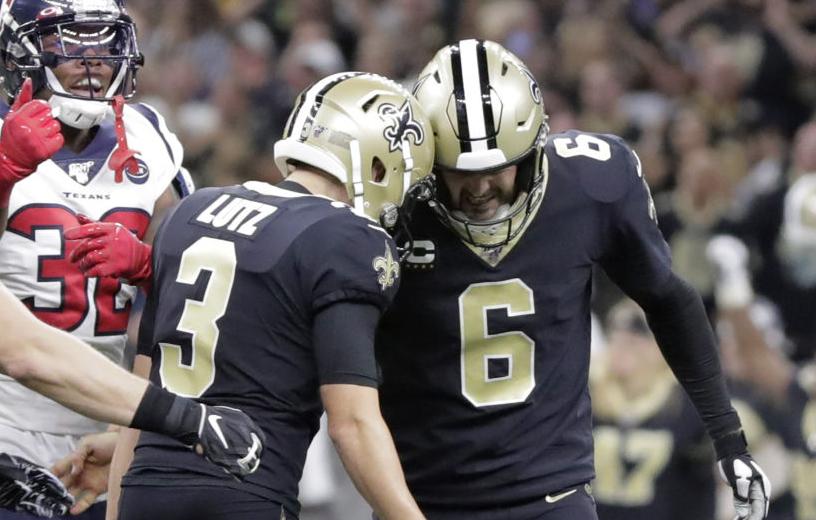 It was the end of a Saints era this week, and that era belonged to Thomas Morstead.

The Saints announced Thursday the release of their longtime punter who, along with Drew Brees, was one of the last two remaining holdovers from the 2009 roster that brought a Super Bowl title to New Orleans.

Morstead said he doesn't plan to retire, but didn't give an indication of where his post-Saints career could take him.

The 34-year-old spoke to the media Thursday afternoon, often wiping aware tears as he addressed the city of New Orleans, the fans, the organization and others who have embraced him...
Continue reading... 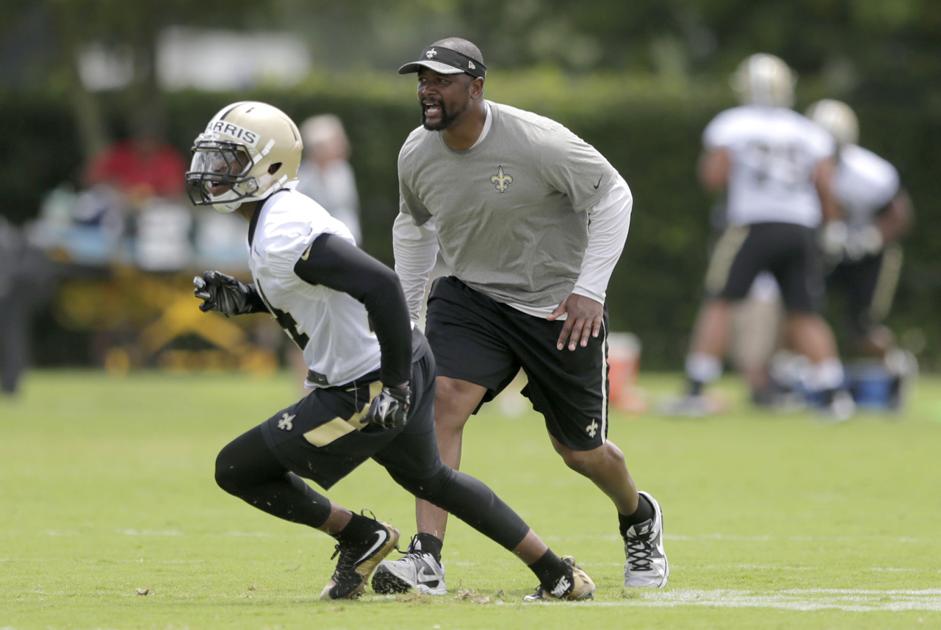 Ronald Curry, who’d coached wide receivers in his first five seasons with the organization, is moving into the quarterbacks coach position previously held by Joe Lombardi, who accepted a job as the Los Angeles Chargers offensive coordinator. 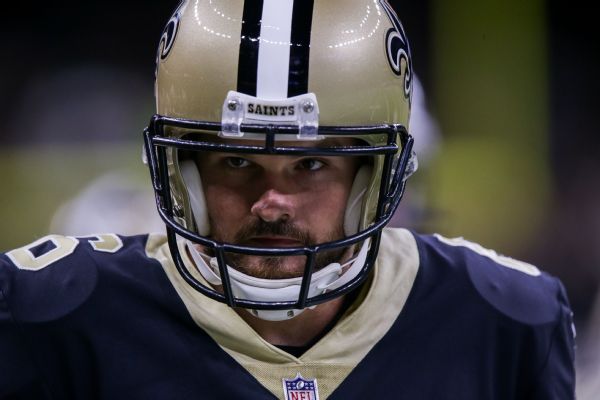 METAIRIE, La. -- The New Orleans Saints have released Thomas Morstead, who has been one of the NFL's best punters over the past 12 years and was responsible for one of the most iconic moments in franchise history.

Morstead was the one who executed the Saints' surprise onside kick as a rookie during Super Bowl XLIV. He went on to make the Pro Bowl in 2012. And he ranks among the top punters in NFL history in yards per punt (46.5) and net average (41.7).

Morstead, who turns 35 next week, said he intends to keep playing -- though he and his family will always make New Orleans their home...
Continue reading...
Load more…