Make no mistake, Taysom Hill has to feel pretty good going into the 2018 season. He will undoubtedly have to beat out Tom Savage to win the backup job. Also, with the acquisition of J.T. Barrett, it’s likely to be a battle for that backup position. Nevertheless, Hill has the coaches’ eyes and some experience being with the team for a solid year.

The fact that the Saints didn’t select a quarterback, has to instill some confidence in Hill. Surely, Who Dat Nation was salivating in round one, when the Saints traded up to move to the 14th overall pick. The thought was that the Saints were going to pick a quarterback. That’s the usual scenario when a team moves up and gives up a couple of draft picks.

Saints draft: Boom or bust? Only time will tell!!

NEW ORLEANS -- No question that after last year’s bountiful draft for the New Orleans Saints, the 2018 version of let’s take a chance would be scrutinized in a way that no other draft would be.

No matter who the Saints chose this year, the comparison to 2017 would be made, even though none of the players selected starting last Thursday had even taken a snap in the NFL.

So, how did the Saints do in this year’s installment? That all depends on who you ask. The range of grades looks like the report card of a seventh grader going through the change to adulthood: it is all over the map.
ESPN gave the Saints a C+, putting New Orleans just above average.

Bleacher Report, without providing any explanation with its rankings, gave the Saints a D, the lowest in the league along with Oakland and Seattle.
Yahoo and USA Today agreed with Bleacher Report and also rated the New Orleans draft as being D worthy. However, both NFL.com and CBS Sports had the Saints with a grade of B.

The biggest move of the draft for New Orleans came very early. The Saints made a bold move in the first round Thursday, trading next year’s first-rounder to move up and take Texas-San Antonio defensive end Marcus Davenport, a player who filled a need for a pressure player at the right defensive end spot the Saints have been trying to fill long-term for years.

Amari Cooper on the rules against playing with COVID: Michael Jordan played with the flu Cowboys receiver Amari Cooper missed a pair of key games after testing positive for COVID. He returned on Thursday night in the Dallas win over the Saints.

After the game, Cooper made it clear that he believes he could have played with COVID.

“It was tough,” Cooper told reporters. “[Michael] Jordan played with the flu. That’s how I looked at it. It was a restriction of not being able to play with what I had. It was tough, knowing that I could physically gone out there and played, but the restrictions didn’t allow me to do so.”

The restrictions didn’t allow him to do so because the...
Continue reading... 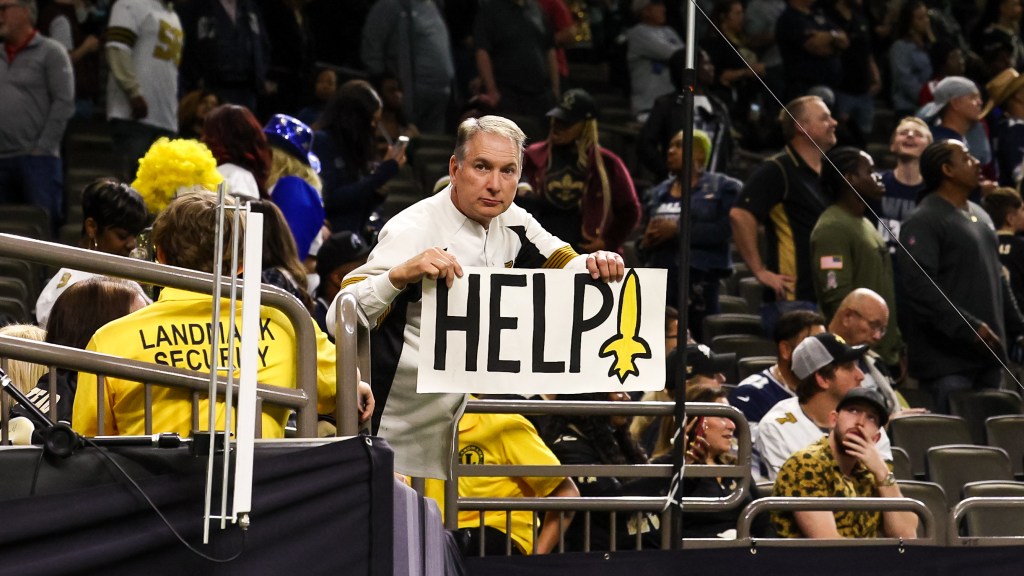 A five-game losing skid will do a lot to change the complexion of your season. But that’s where the New Orleans Saints stand after Thursday night’s loss to the Dallas Cowboys, which dropped them to a 5-7 record.

It’s somewhere they’ve been before. The Saints have had a 5-7 record by Week 13 four times in the Sean Payton era, finishing each season with a mediocre 7-9 record. But this sustained series of losses is new and reversing course will be really difficult. They aren’t going to improve overnight and rip off five wins to close the season.

Right now the Saints are projected to receive...
Continue reading...

Ezekiel Elliott won’t blame knee for low production, but “it’ll be good to get a break” before Week 14 Cowboys running back Ezekiel Elliott has resisted any suggestion that he take some time off to rest his ailing knee, but Thursday night’s game was another reminder of why others have suggested it.

Elliott ran 13 times for 45 yards, which marked his fourth straight game of less than 50 rushing yards while being held under four yards per carry. Elliott remained steadfast when it came to finding other reasons to explain his low production.

Elliott said “it was a little tough” going against the Saints because they “have a good front” and the team did have a hard time getting going on the...
Continue reading... 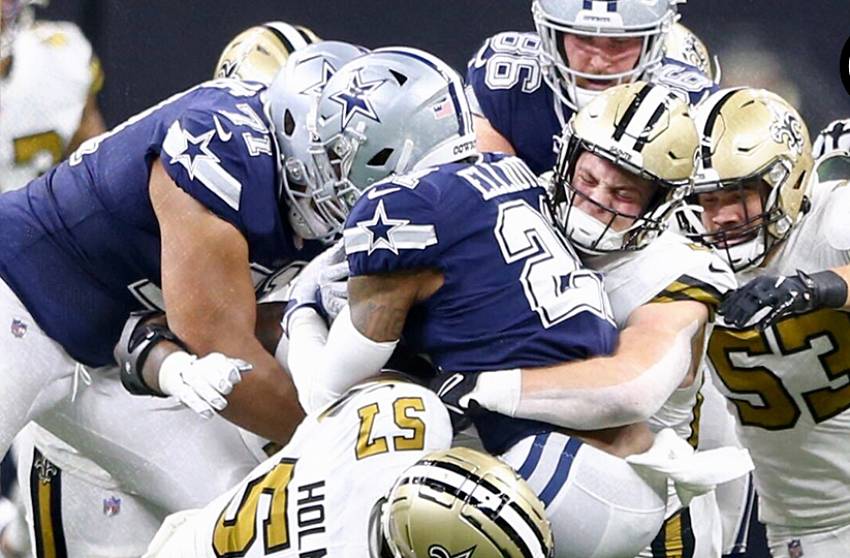 NEW ORLEANS – The New Orleans Saints are beat up.

Their back-to-back abysmal offensive performances on Thursday Night Football cannot be adequately explained merely by the absence of what admittedly is an inordinate number of key players missing due to injury. 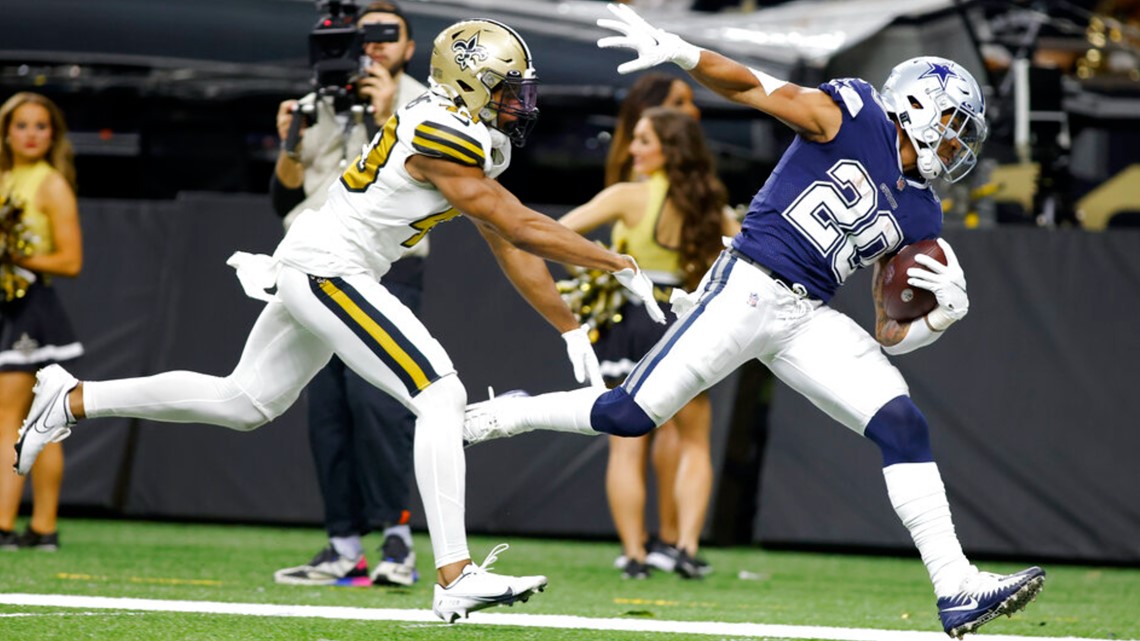 NEW ORLEANS — The 2021 New Orleans Saints season has fallen into such disaster, despair, and sadness we watched a Saints quarterback throw 4 interceptions, and it felt like a GIGANTIC improvement on offense from the previous 2 weeks — and it was.

The Saints have gone from 5-2 and fighting to be the best team in the NFC to, “Sure Taysom Hill was terrible against the Dallas Cowboys but at least he's interesting to watch.”

Everybody slows down to peak at the car crash or something. The Saints let a winnable game slip away because they were missing 7 starters on offense and being a...
Continue reading...

DeMarcus Lawrence: It was electric to be back out there Cowboys defensive end DeMarcus Lawrence was in the lineup on Thursday night for the first time since breaking his foot in a practice before Week Two and he showed why the team was so eager to have him back.

Lawrence knocked down two passes, had a quarterback hit, and recorded three tackles while playing just over half of the team’s defensive snaps. Defensive coordinator Dan Quinn said, via Calvin Watkins of the Dallas Morning News, that he expected Lawrence to show some rust after such a long absence, but “he did not” and Lawrence also felt happy with how things went in his return.

What they're saying nationally about the Saints loss to the Cowboys 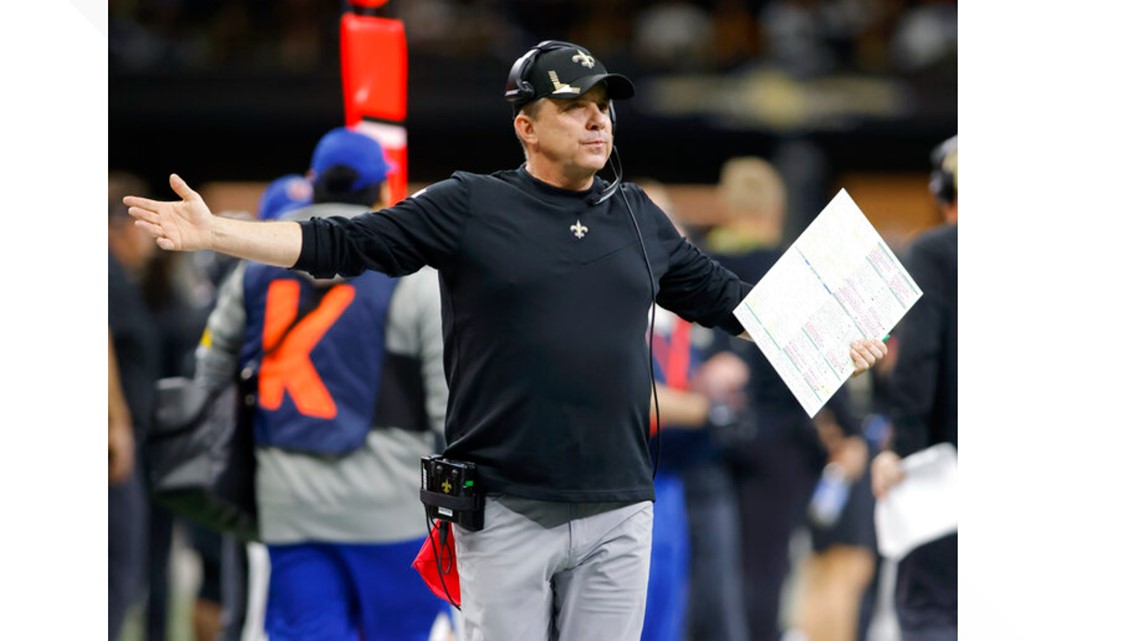 NEW ORLEANS — The Saints can't catch a break. Relying on their quarterback with a foot injury, they saw him suffer a substantial injury to his throwing hand early. How much of a factor that played in him throwing four interceptions is unknown, but it didn't help.

Here's what some of the writers around the country had to say about the team's first five-game losing streak in the Sean Payton era.

Dak Prescott: We have to be more sound, more focused on offense The Cowboys had to deal with a lot in the days leading up to Thursday’s game against the Saints and they navigated it well enough to get a 27-17 win that lifts them to 8-4 on the season.

After the win, quarterback Dak Prescott said “so many people stepped up” to help the team to a victory but he also acknowledged that “it didn’t go the way we hoped and planned it out.” The offense went 2-of-13 on third downs and picked up just five first downs in the second half, which turned out to be enough to get a win thanks to a 58-yard touchdown run by Tony Pollard and a defense that intercepted...
Continue reading...

Taysom Hill: We did some things well, obviously tough to win with four interceptions The Saints’ decision to turn to Taysom Hill at quarterback brought some explosiveness to the offense, but it ultimately wasn’t enough to keep them from their first five-game losing streak under head coach Sean Payton.

They had seven plays that went for at least 23 plays, which is only one less than they had in their last three games, and they put up the most yards they’ve gained since Jameis Winston was still their quarterback in Week Four. Those positives are a footnote to the game, however, and the downside of Hill’s performance is why that’s the case.

Dan Quinn: It was just a cool win The Cowboys spent the days leading up to their Thursday night game against the Saints scrambling to fill coaching responsibilities with head coach Mike McCarthy and five other members of his staff missing because of COVID-19 protocols.

It was a process they handled well enough to beat the Saints 27-17 to snap a two-game losing streak and take another step toward an NFC East title. It wasn’t a sparkling performance and McCarthy called it an “ugly win” on the phone, but he also called it a “great experience” for a team that’s likely to encounter other adversity over the final five games of...
Continue reading... Saints coach Sean Payton was furious about a blindside block call that went against his team on Thursday Night Football, but after the game he could say little about it.

Payton said he got no explanation for the penalty and wasn’t sure why it was called.

“I’m not real familiar with that type of block on that situation. It’s unfamiliar,” Payton said.

Payton was a member of the league’s competition committee when the NFL expanded the blindside block rule in 2019, so he surely knows the rule. That he says he’s not familiar with the call strongly suggests that he thinks the call was...
Continue reading... New Orleans Saints quarterback Taysom Hill had to put a splint on his injured middle finger for the remainder of Thursday night’s game against the Dallas Cowboys after having his hand collide with a defender in the first half.

“I went to throw a ball and I hit it on a hand,” Hill told reporters after the game. “It took a little getting used to. Any time you put something on a finger, traction on the ball and stuff, but it was OK. Dallas Cowboys receiver Amari Cooper had two catches for 41 yards in his return to action after a two-game absence due to a case of COVID-19.

Cooper was unvaccinated and was required to miss 10 days, which ruled him out for both of the team’s previous two games against the Kansas City Chiefs and Las Vegas Raiders.

Cooper told reporters after the game that the last two weeks had a been a bit rough for him and he believed he could have played if not for the league’s protocols.

“It was tough. [Michael] Jordan played with the flu. That’s how I looked at it,” Cooper said in quotes...
Continue reading... 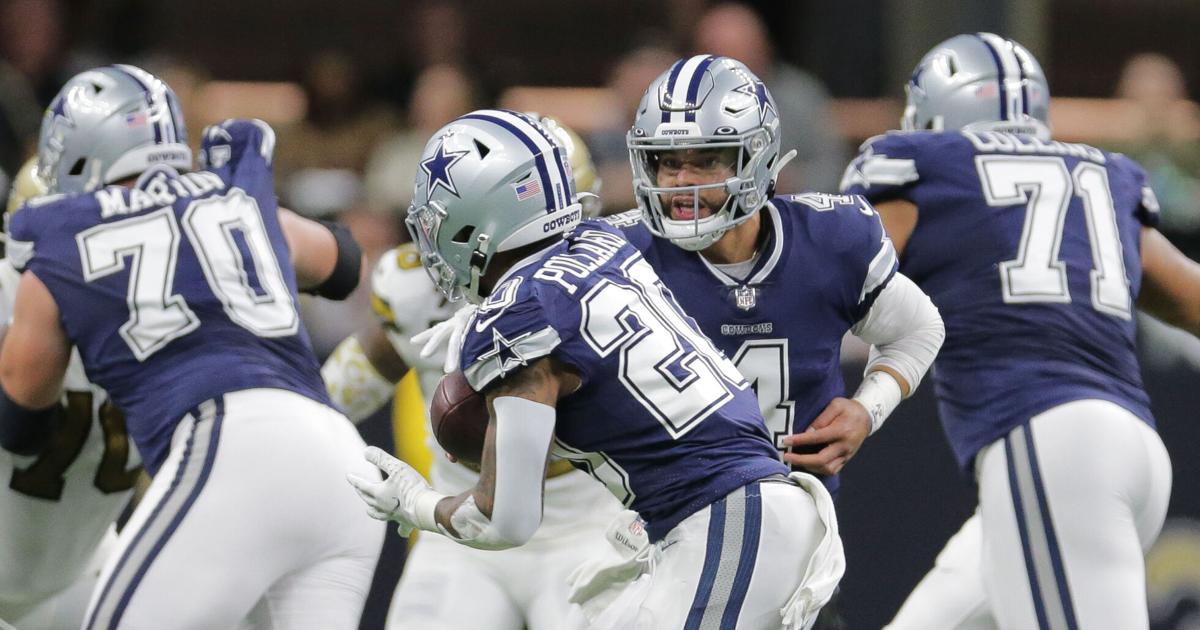 The Dallas Cowboys and their high-wire offensive act ran 65 plays in the Caesars Superdome Thursday night, and for the most part they found some tough sledding against a game New Orleans Saints defense.

They went three and out on six of their 13 possessions in which they were actually attempting to move the football. Another drive stalled out after 20 yards and six plays when the Cowboys turned it over on downs. Even in a losing effort, head coach Sean Payton was mostly pleased with the way his defense showed up.

“I thought we did a lot of good things defensively relative to how we...
Continue reading... 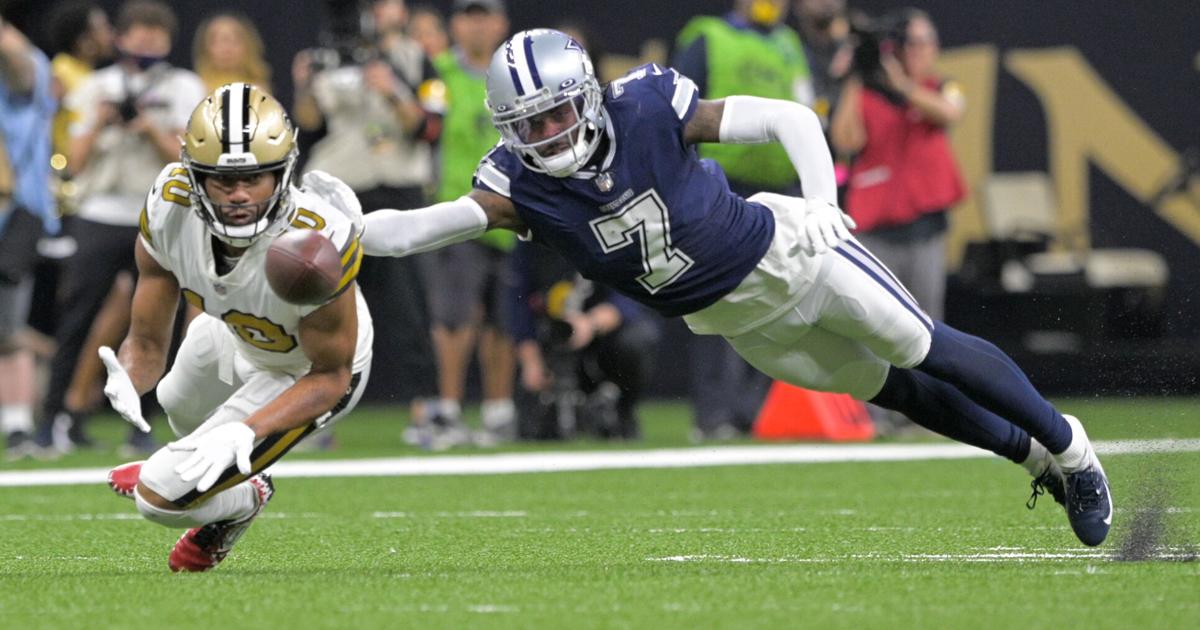 The 27-17 setback to the Dallas Cowboys was the Saints’ fifth consecutive, and in many ways, it looked numbingly similar to the others before it.

The Saints fell behind early and futilely fought and clawed in catch-up mode the rest of the way. Along the way, they made enough mistakes — a dropped pass here, an ill-timed penalty there, a momentum-sapping big play allowed on defense — to sink any realistic comeback hopes. In the end, their efforts fell short, just...
Continue reading...
Load more…

Taysom Should Start the Rest of the Way, but No More Excuses (121 Viewers)
2 3

Time for NFL Coaches to Step Up (25 Viewers)