NFL hopes to keep depositions of Roger Goodell, game officials out of Louisiana 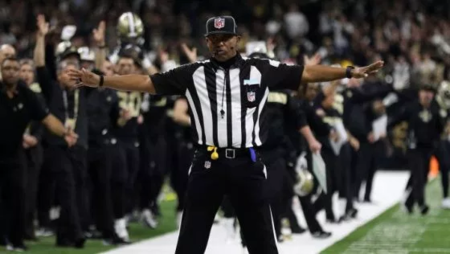 The NFL hopes to secure a dismissal of the Rams-Saints NFC Championship lawsuit because (duh) it wants to win and (more importantly) it wants to shield Commissioner Roger Goodell and multiple game officials from answering tough questions under oath. The NFL, as a fallback proposition, wants to ensure that Goodell and other league employees won’t have to travel to Louisiana to be questioned.

The 34-page brief filed by the NFL with the Louisiana Supreme Court indicates in a footnote that a motion will be filed with the trial court seeking an order allowing the witnesses to be questioned where they reside, and not where the lawsuit is pending. In support of the argument, the NFL points out that the witnesses “have received numerous threats to their physical safety from self-professed Saints fans.” ... 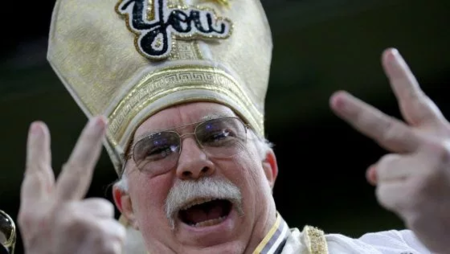 The Saints and the NFL have had a rocky relationship to say the least in recent years, starting with the bounty scandal and continuing with the badly-blown call at the end of regulation in the NFC Championship loss to the Rams. On the question of whether a ticket holder should be able to sue over the outcome of a sporting event, the Saints and the NFL are on the same page.

Whereas the NFL submitted a 34-page brief in support of the effort to persuade the Louisiana Supreme Court to pull the plug on a lawsuit that has survived to date in the lower courts, the Saints submitted a three-pages-and-change document echoing the league’s bottom-line concern that spectator lawsuits aren’t good for the bottom line. ...

First off, good to see everyone again! Been a long offseason and for various reasons (sure some of you have heard all of them on the podcast) I haven't been around as much on social media. But, it's a new season with new hype & excitement. My first film study of the year is here and it's a good one. (Of course I'd think so, right?). If you have any questions about the game, film study, scouting, always welcome them in the comments!

The last time NOLA had a tight end with this combination of athleticism and size they put up more points and yards than the greatest show on turf. With the departure of Graham, we haven't' seen as much of some passing concepts that at one time were so effective, and nearly unstoppable. I go over plays you used to see in NOLA, and some you maybe haven't that Payton could borrow from Gruden's WCO, that you should look for in 2019 in this film study: 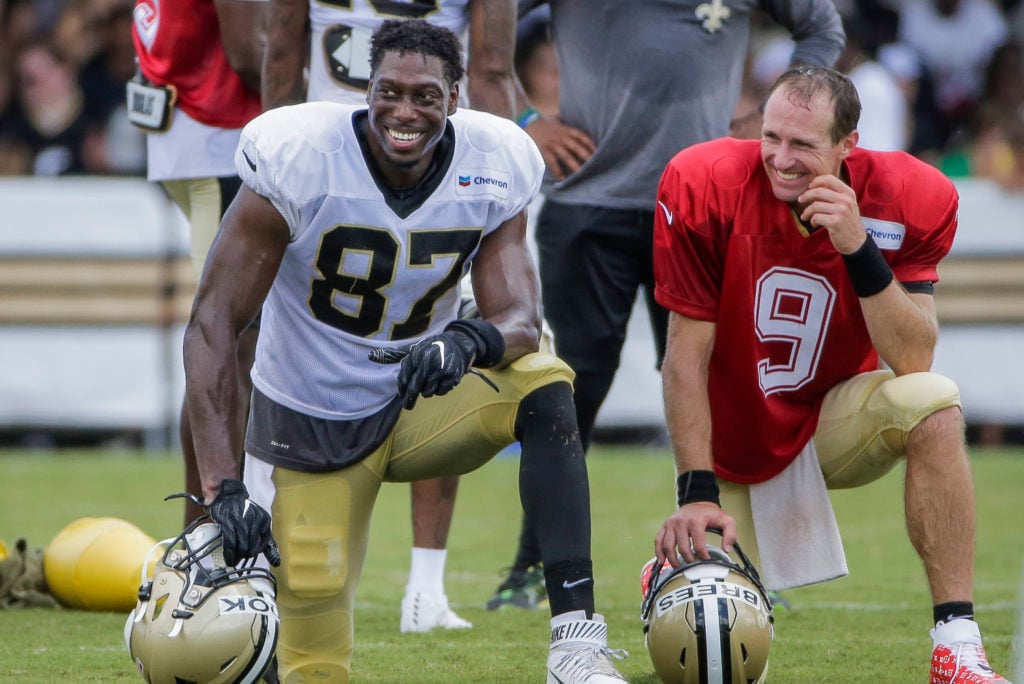 32-year-old's strength, power was made for the Saints' high-octane offense

Example of one of the plays discussed in article:
View attachment 5VertsCook.mp4

Last season, I wrote about the 4 Verticals concept and how the Saints were using it to a high degree of success. In this Air Raid offensive staple, four receivers each have landmarks they run to and the routes are typically all the same (unless an adjustment is made, like when the Saints would change Thomas’ go route to a crossing route). The outside receiver’s landmarks are the numbers and the inside receiver’s landmarks are the hashmarks. When it comes to 5 Verts, you’re simply adding another go route right up the middle...
Saints News Video
Continue… 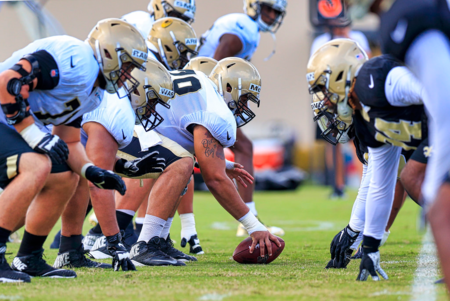 So there’s enough visual evidence to start forming opinions of who is exceeding expectations, who’s falling short of them and who has been about what was expected from them.

But impressions formed from practices can be altered dramatically by how players perform in preseason games. After all, the coaches are searching for the 53 players best suited to compete in regular-season games and the preseason games simulate that far better than practices.

So when the Saints play their preseason opener against the Minnesota Vikings on Friday night in the Mercedes-Benz Superdome, impressions can be strongly reinforced or altered significantly. ...

Quarterback position to draw most attention for Saints in preseason play 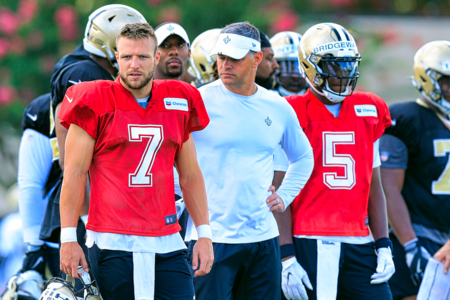 While Saints head coach Sean Payton did not say who will start or which quarterbacks will play or how much against the Minnesota Vikings Friday night, it would not be a surprise if Drew Brees is a spectator.

As the preseason has evolved, NFL teams have evolved over the years in how they approach the exhibition games in how they prepare for real games.

That includes a far lesser role for starting quarterbacks.

Some teams go as far as not to play starting quarterbacks at all and understandably so. ... 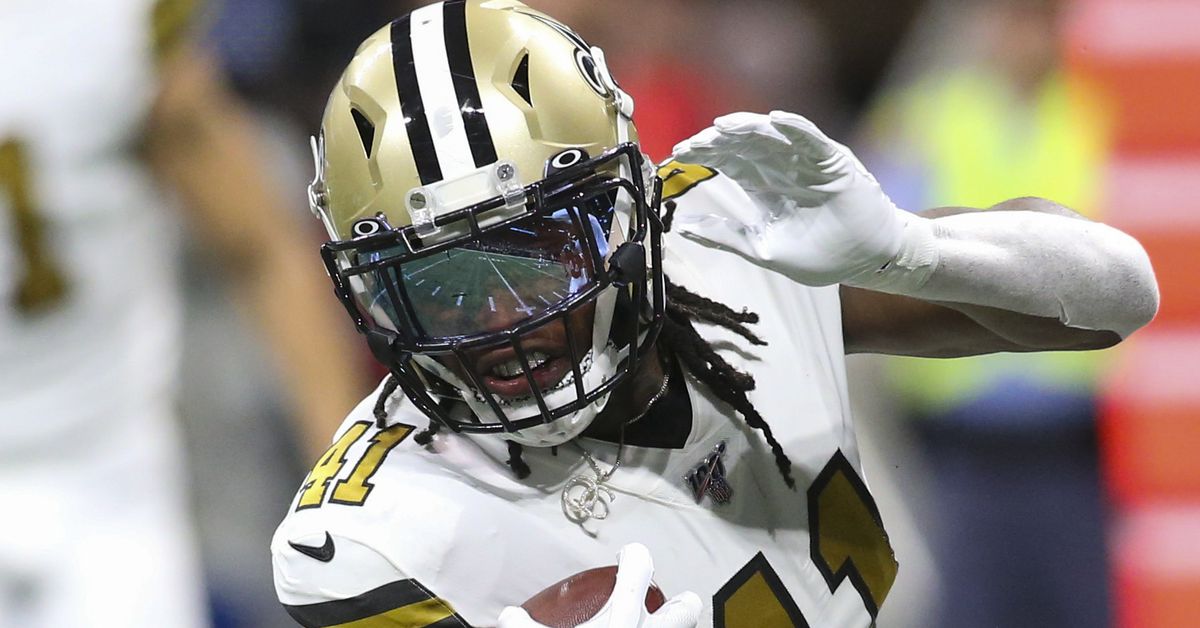 When the Saints selected a running back in the 2017 draft, many were perplexed. After all, backs Mark Ingram and Adrian Peterson were already on the roster. What chance did this committee back from Tennesee and Alabama transfer have of getting some actual playing time? Turns out, a big chance. Kamara came to New Orleans and blew up the scene so much that the Saints traded future Hall of Famer Adrian Peterson for a conditional sixth-round pick. Kamara went on to win Offensive Rookie of the Year that season by putting up 1,554 total scrimmage yards and 13 combined...
Continue reading... 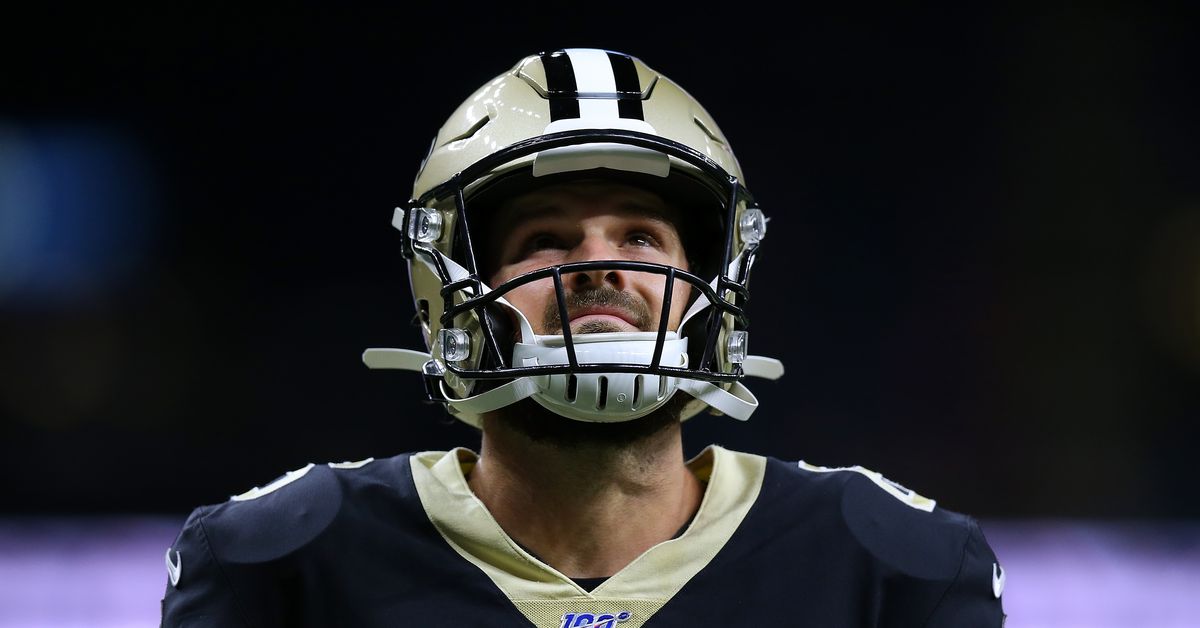 Officially licensed Saints face coverings are available for the first time, with partial proceeds from the sales going to the CDC Foundation.

The Saints four preseason games have been announced, which includes games against the Los Angeles Rams, Pittsburgh Steelers, Houston Texans, and Miami Dolphins.

The Rams preseason opener is set to be a home game where they will host the Saints.

ESPN’s recent ratings rank the Saints as the NFC team with the best chances of reaching the playoffs.

Evaluating the fantasy viability of each quarterback on the New Orleans Saints...
Continue reading... 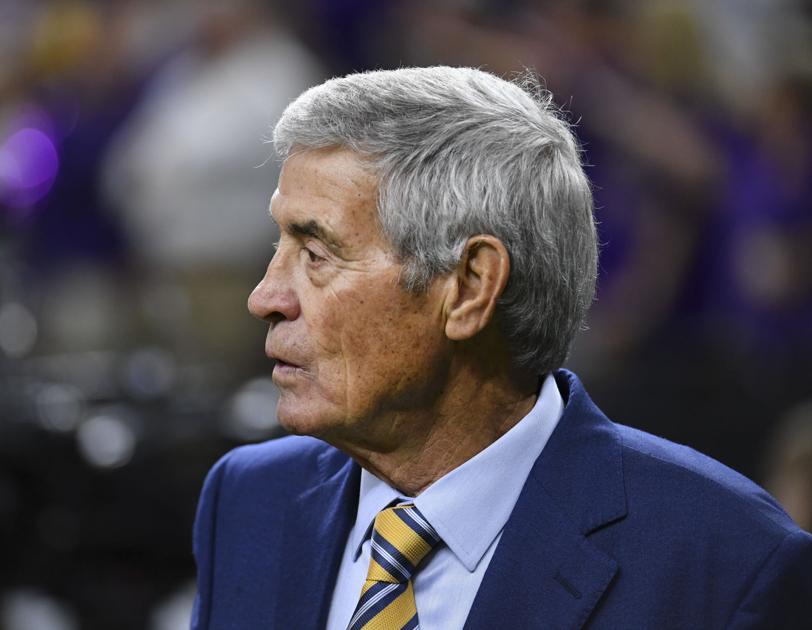 Having just celebrated his 85th birthday, former New Orleans Saints coach Jim Mora could be forgiven if he chose to wait out this COVID-19 pandemic in comfort.

But as his neighbors in Palm Desert, California, can probably attest, Mora has found other, more demanding outlets for his time. As he showed throughout his coaching career, Mora was never one to look for the easy route. In fact, that’s part of what made taking the Saints coaching job so appealing to him back in the mid-1980s.

Mora has not coached in the NFL since the end of the 2001 season, but he’s proud...
Continue reading... 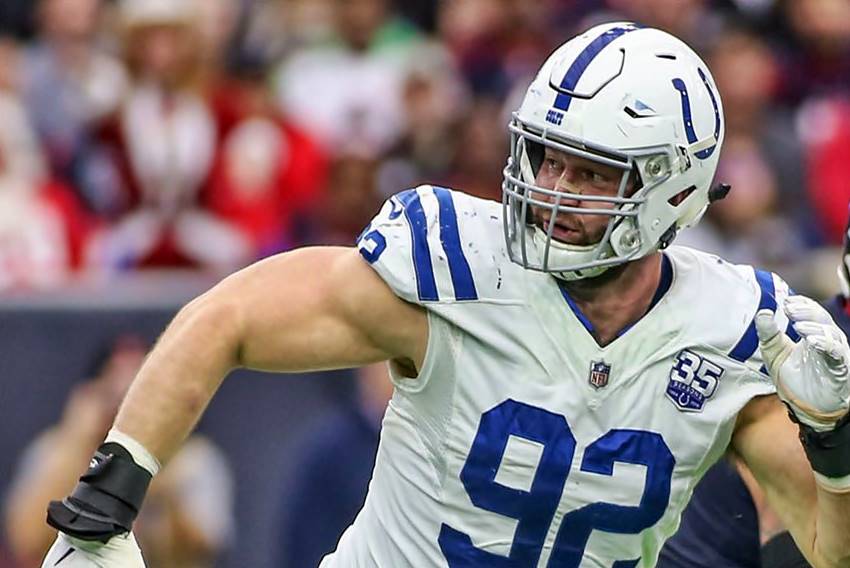 The New Orleans Saints are trying to maintain an ordinary off-season under extraordinary circumstances.

The conditioning and on-field work has been canceled because of the COVID-19 pandemic, but the front office has been rolling along as it would have under ordinary circumstances.

Since the draft ended a month ago, the Saints have made one of the most...
Continue reading... 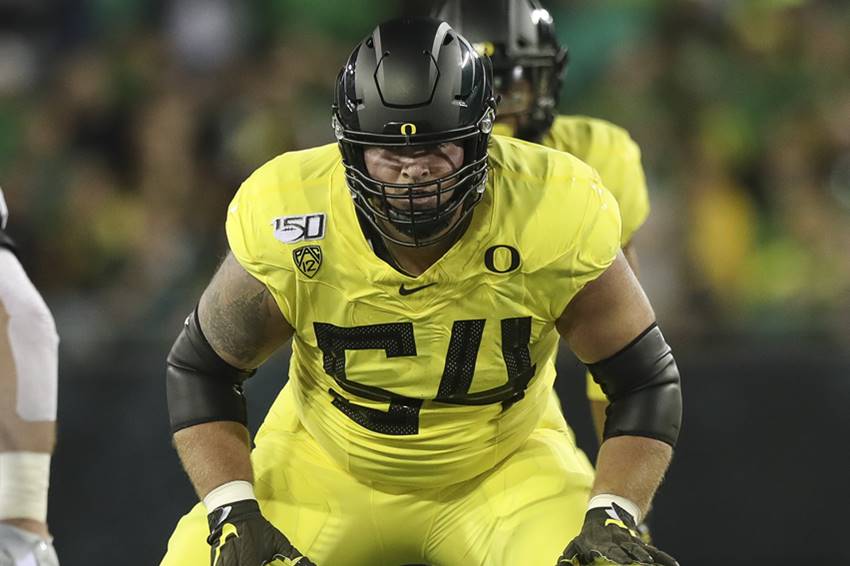 The New Orleans Saints have demonstrated a propensity for signing undrafted free agents who have paid dividends as offensive linemen over the past few decades.

For example, an undrafted defensive tackle from Tennessee, Richard Cooper, started 72 games during his six-year career in New Orleans after signing and converting to offense in 1990. In 2013, Tim Lelito made the team and eventually spent four seasons with the Black and Gold and started 24 contests.

More recently, former Southern Miss center Cameron Tom came aboard in 2017 and found a roster spot as a...
Continue reading... 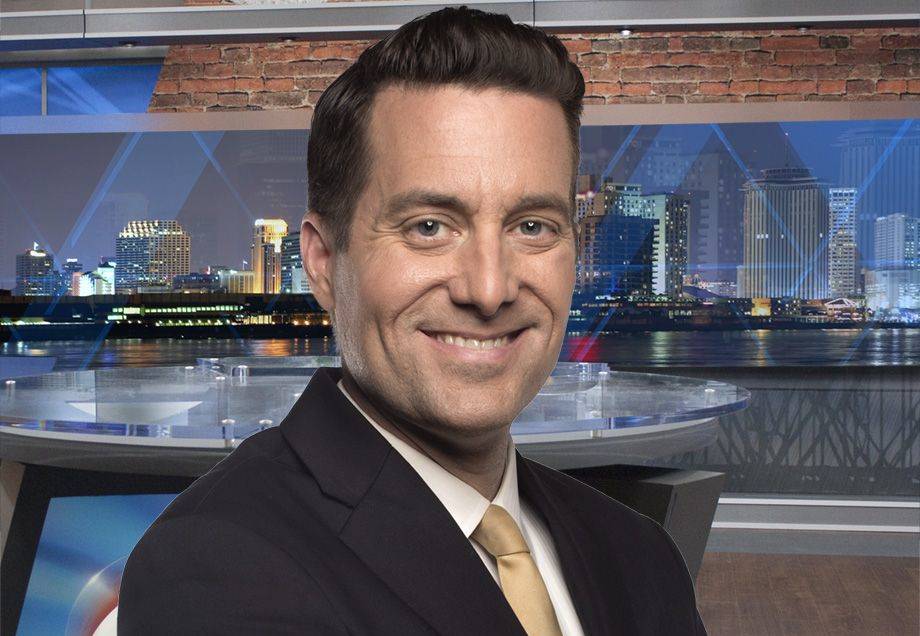 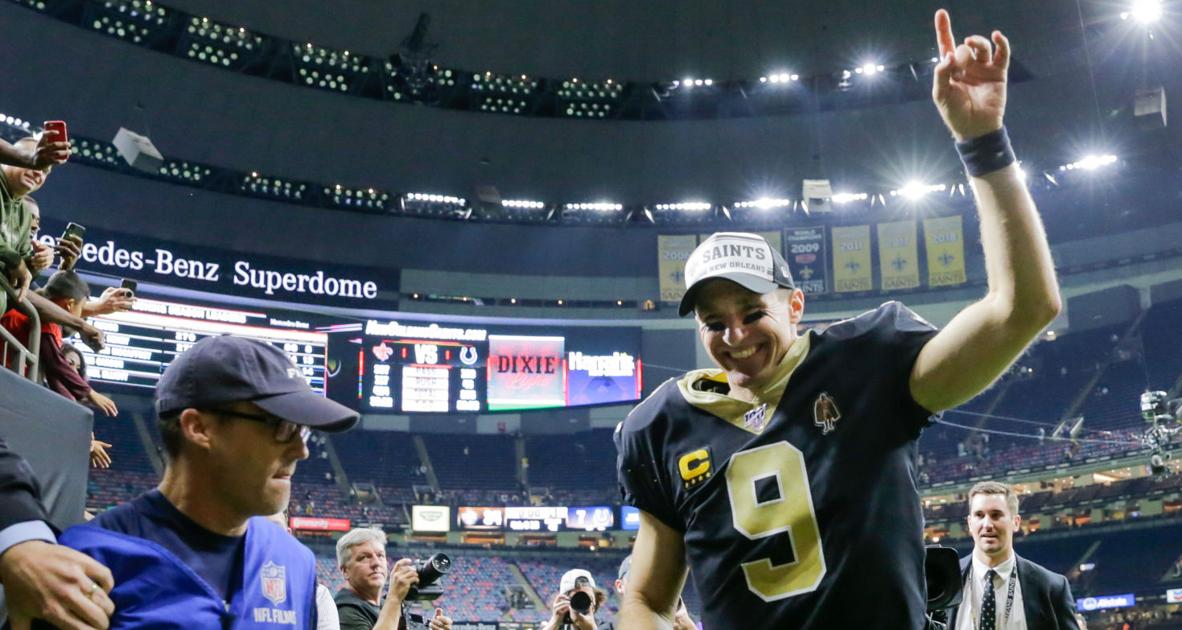 The New Orleans Saints' full schedule is official, as the NFL put the finishing touches on preseason games and announced those dates and times Wednesday afternoon.

The Saints are scheduled to open the preseason against the Los Angeles Rams in the new SoFi Stadium at 9 p.m. Friday, Aug. 14 for the first game in that venue. That game will be broadcast on WVUE in New Orleans, WAFB in Baton Rouge and KATC in Lafayette, as well as on 13 other Gray Communications stations in the Gulf Coast region.

The Saints will hit the road for the second preseason game against the...
Continue reading...

The New Orleans Saints’ preseason schedule has been announced 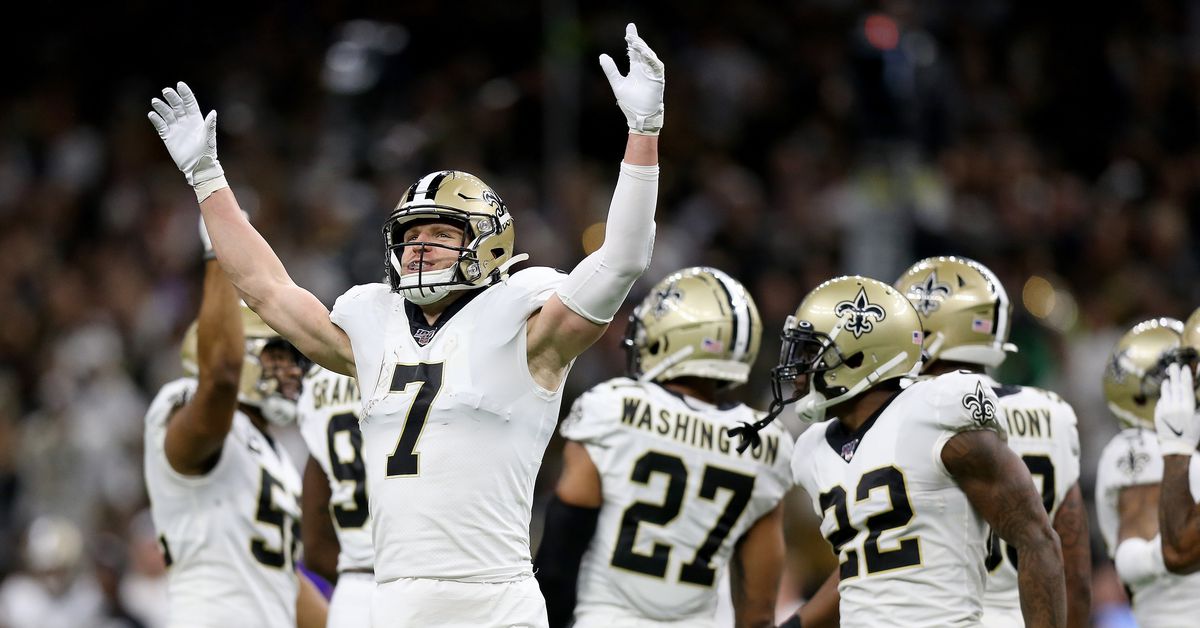 The Saints, with their many preseason headlines lock down four evening primetime slots through the exhibition schedule. This includes late 9PM central time kick off for their opener at the Los Angeles Rams. That will, of course, be a 7PM kickoff where they will be playing on the west coast in Los Angeles’ new SoFi Stadium, but will mean a late night for Saints fans along the Gulf Coast.

Los Angeles and California as a whole have been a little slower than other states in reopening facilities...
Continue reading...

Dennis Allen: Saints defense has been “fine-tuning all the little details” Saints defensive coordinator Dennis Allen hasn’t had to do a lot of teaching this offseason.

The team has only parted ways with two of their starters from their final game of last season and they’ve had many of those starters on hand for multiple seasons, which has allowed Allen time to focus on other matters during the team’s offseason work. 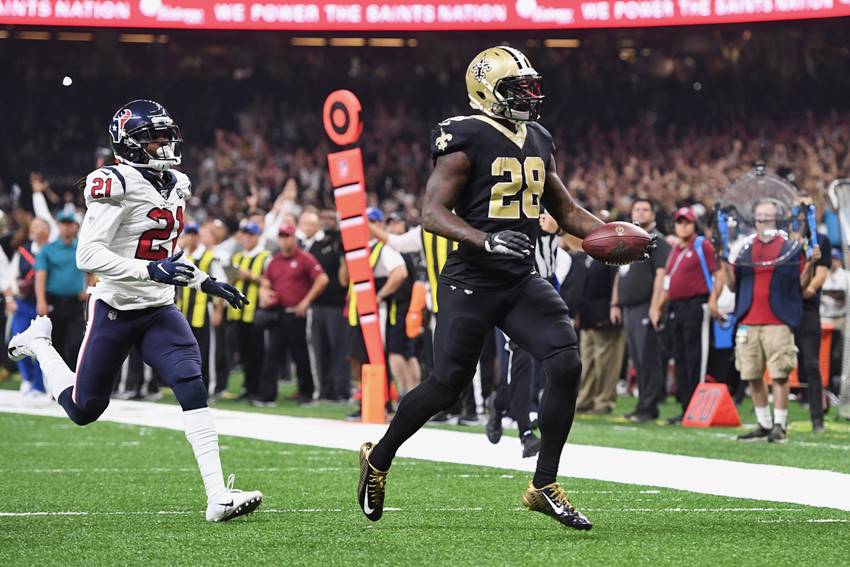 The New Orleans Saints have announced their 2020 preseason schedule presented by SeatGeek, starting with two road games, followed by two home contests at the Mercedes-Benz Superdome on the docket.

New Orleans and the Rams are scheduled to open the newly constructed SoFi Stadium in Inglewood, Calif., when they play Los Angeles on Friday, August 14, with a 9:00 p.m. CT kickoff. The clubs are tied at 2-2 in the preseason series, the Rams lead the regular season series 41-33 and the postseason rivalry is tied 1-1. The Saints are 26-27 in preseason openers all-time...
Continue reading... He’s third on his team’s depth chart, but he’s got much greater standing in the league at large.

Many would argue that Hill should be much lower, given that he has limited experience at the position. Some would argue that he should be even higher, based on the significant impact he has had during his limited experience. (After, for example, Hill took a snap at quarterback and ran through the Vikings Defense during the fourth quarter of the wild-card game in New...
Continue reading... 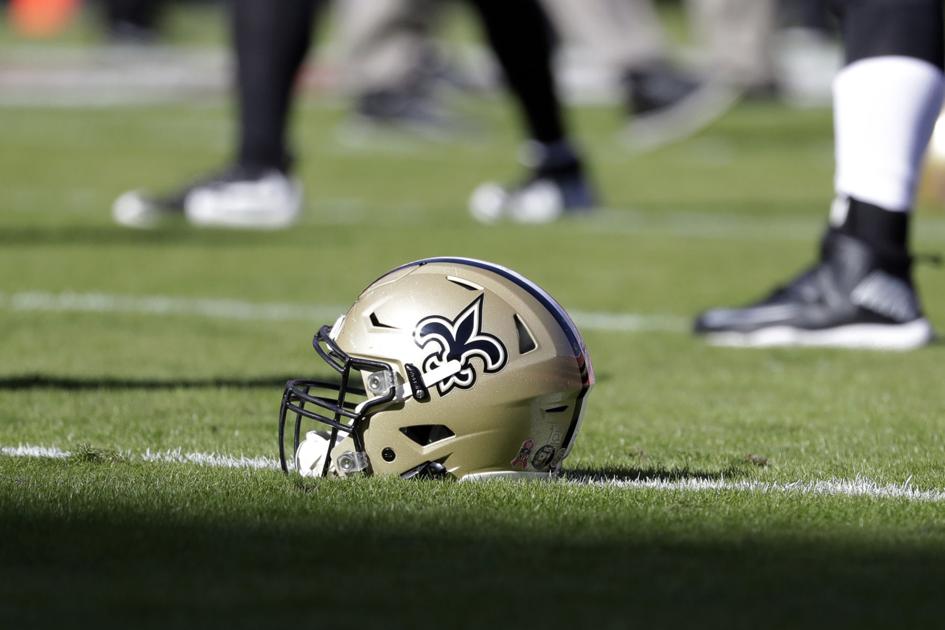 The New Orleans Saints have agreed to terms with veteran offensive lineman James Hurst, his agent announced on Wednesday morning.

His agent, Jack Bechta, said the deal was for one year. No financial compensation terms have yet been announced.

Hurst played in 90 games over the past six seasons with the Baltimore Ravens and started in 44 of them.

Those starts came all over the field.

Saints given NFC’s best chance to reach the playoffs 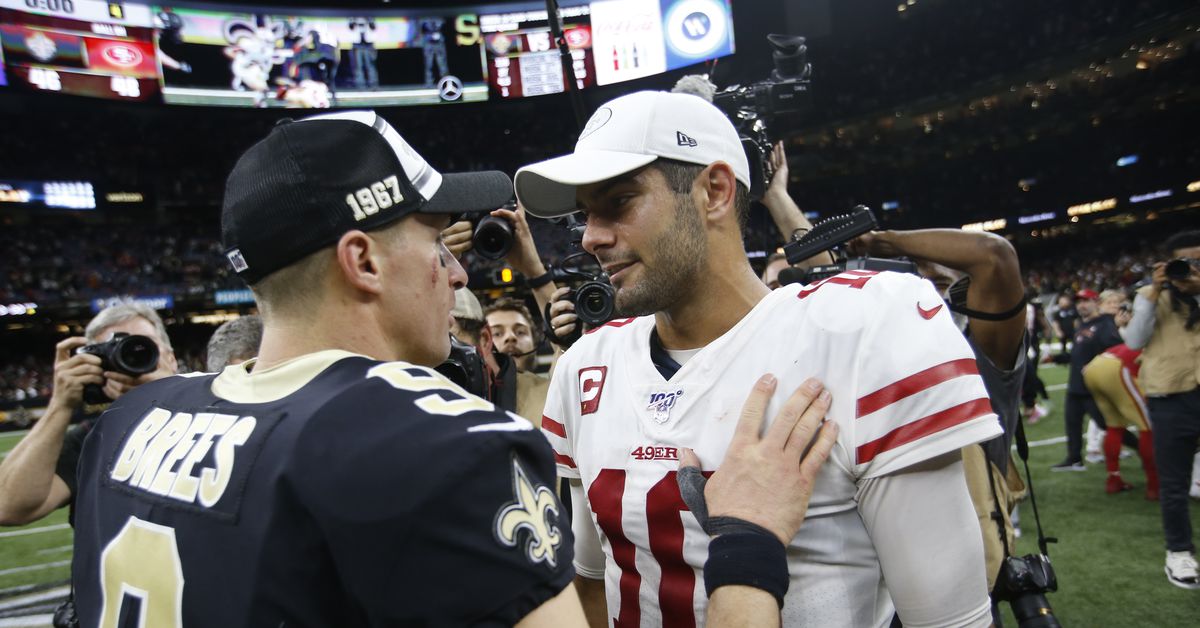 ESPN has just ranked all 32 NFL teams’ chances of winning the Super Bowl using metrics like strength of schedule, number of returning players, and quality of starting and backup quarterback. For the New Orleans Saints (81%), they were given the third-best odds in the NFL - and the best odds in the NFC - to make the playoffs.

Ahead of the Saints in the AFC were the defending Super Bowl Champion Kansas City Chiefs (94%) and the team with the reigning MVP, Lamar Jackson, the Baltimore Ravens (92%). Then the Saints in the NFC, followed by the former division rival San...
Continue reading... 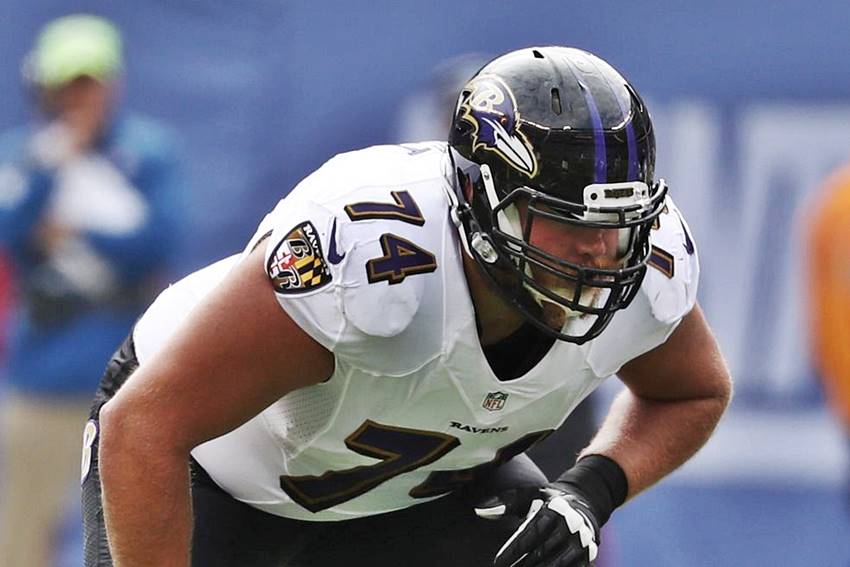 You can never have enough talent and experience on the offensive line.


The 28-year old University of North Carolina product has started 44 games at both guard and tackle over six seasons with Baltimore who released him in March in a cap-saving move.

The Saints won’t benefit from Hurst’s service to the start the regular season if he makes the roster. The 6-foot-5, 310 pounder is facing suspension for the first four games of the 2020 season for...
Continue reading...
Load more…

A moment ago
The Nomad