METAIRIE, La. -- Fresh off the best season of his NFL career -- and heading into the final year of his contract -- New Orleans Saints running back Mark Ingram has been suspended four games for violating the NFL policy on performance-enhancing substances.

Ingram, 28, will miss games against the Tampa Bay Buccaneers, Cleveland Browns, Atlanta Falcons and New York Giants. He will be eligible to return to the Saints' active roster on Monday, Oct.

1. Ingram will be eligible to participate in all offseason practices and preseason games.

The veteran running back is scheduled to earn a base salary of $4 million in the final year of his contract, meaning he will forfeit nearly $1 million -- and possibly more in bonus money -- by missing the four games. The suspension could prove even more costly if he was angling for a lucrative contract extension before the season kicked off.

In the meantime, second-year pro Alvin Kamara will take on an even bigger role in the Saints offense after being named NFL Offensive Rookie of the Year. Ingram and Kamara made league history in 2017 by becoming the first backfield teammates to each surpass 1,500 yards from scrimmage.

When you're thinking about asking your employer for a pay raise, there's usually a good time and a bad time to do that, and it appears that Mark Ingram might have picked a bad time.

According to NFL.com, Ingram wants a new contract from the Saints, and he's likely going to skip out on the team's entire voluntary offseason workout program unless he gets a new deal. Ingram has already missed the first three weeks of the team's offseason program, which started on April 16. Ingram isn't expected to show up for any offseason activities until June 12, when the Saints kickoff their mandatory minicamp, and that's when the drama could start if Ingram is still intent on getting a new deal.

The biggest problem for Ingram is that he doesn't really have any leverage right now when it comes to contract negotiations. For one, the Saints running back was hit with a four-game suspension on Tuesday, which isn't going to help him at the bargaining table. By the way, Ingram is allowed to participate in all offseason activities despite the suspension. 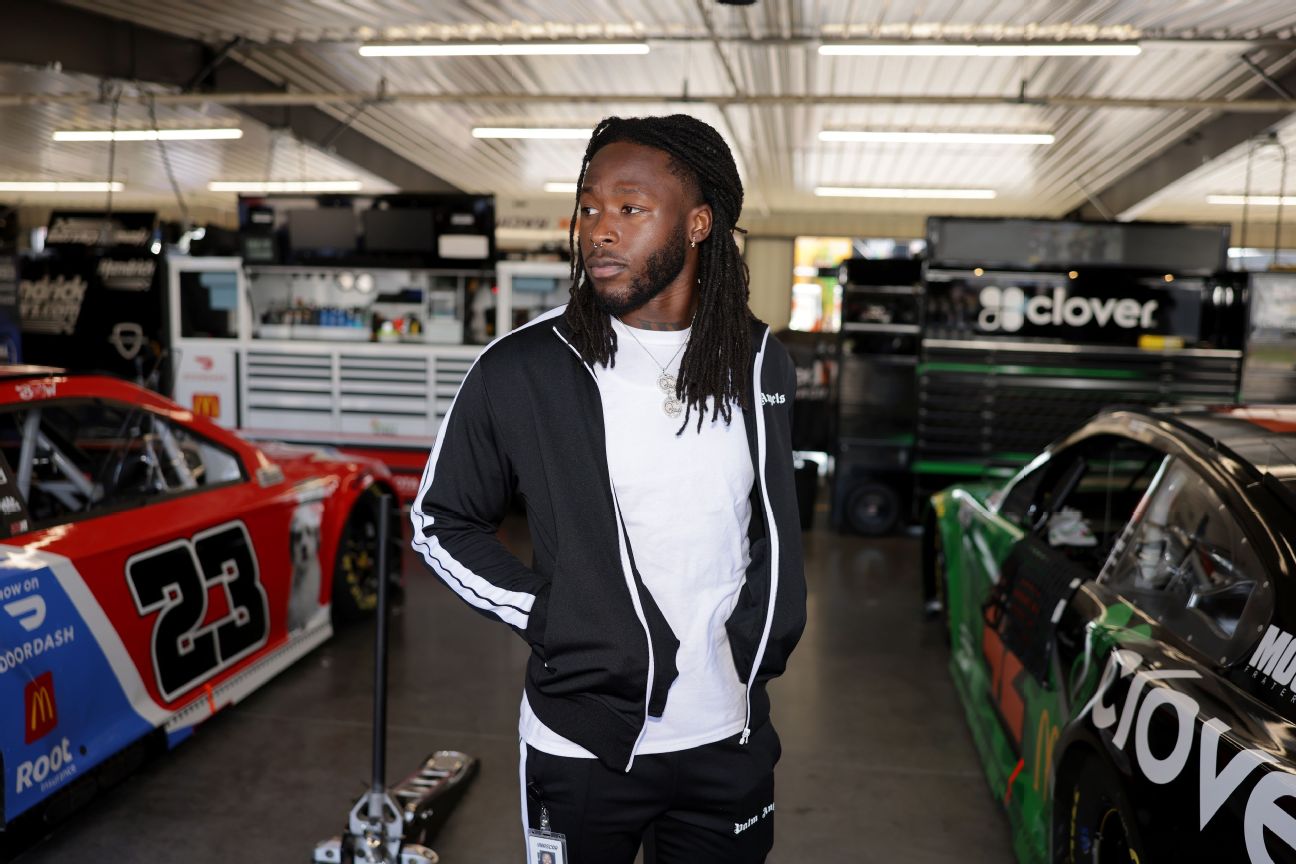 The New Orleans Saints running back was named as NASCAR's first-ever Growth and Engagement Advisor on Sunday, continuing his growing relationship with the sport over the past year.

"I'm excited they carved out a role for me," Kamara said Sunday. "I got an office. I got a key card. I feel like I never had a job besides the NFL, so I got two jobs now. [Saints coach] Sean Payton going to have to give me some downtime."

According to NASCAR.com, Kamara will "work directly with NASCAR leadership on strategic planning and...
Continue reading... NASCAR is partnering with Alvin Kamara, having hired the Saints running back as its first growth and engagement advisor.

The announcement comes a year after Kamara attended his first NASCAR race to support Bubba Wallace Jr., the only Black driver in the NASCAR Cup Series. After NASCAR announced its decision to ban the Confederate flag, Kamara tweeted his approval and attended the Xfinity Series in Homestead.

In February, Kamara provided sponsorship for the No. 6 car driven by Ryan Vargas in the NASCAR Xfinity Series for a road race at Daytona International Speedway. The car carried the...
Continue reading...

From fan to advisor: Saints' Alvin Kamara is now a NASCAR advisor; here's what he'll do 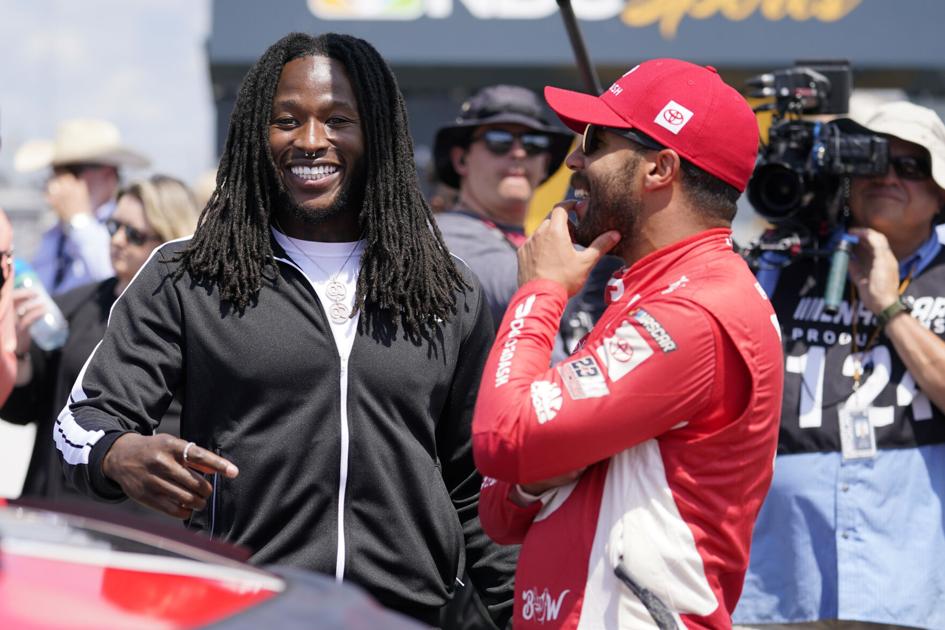 LEBANON, Tenn. — All-Pro running back Alvin Kamara has gone beyond being just a fan of NASCAR and sponsoring a car.

He's now advising NASCAR on how to add more fans as its first “Growth and Engagement Advisor.”

“I’m excited they carved out a role for me,” Kamara said Sunday. "I got an office. I got a key card. I feel like I never had a job besides the NFL, so I got two jobs now. (Saints coach) Sean Payton going to have to give me some downtime."

In this new role, Kamara will connect with fans and share his own fan experience digitally and on social media. The announcement came on...
Continue reading... 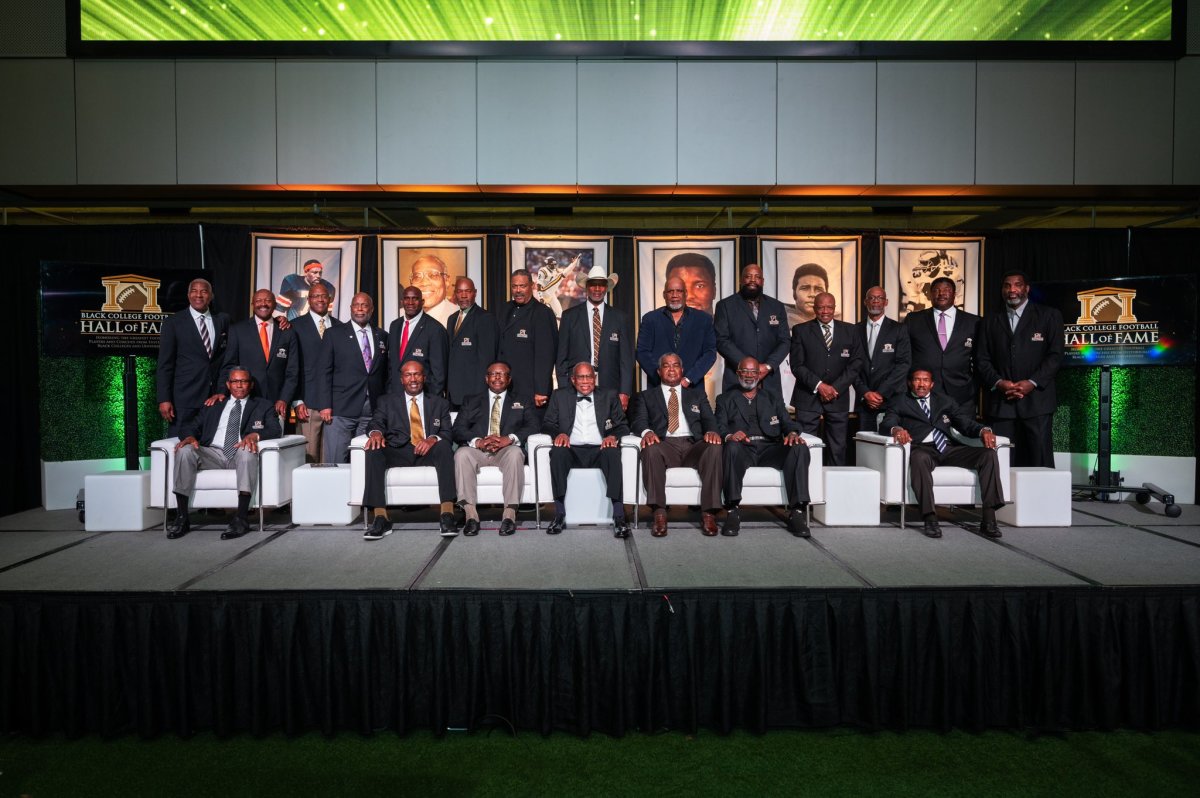 The Black College Hall of Fame enshrined its 2021 Class of inductees in Atlanta, Georgia, on June 19, 2021. The BCFOH Board of Trustees selected one HBCU football coach and five former players for this year's honors.

The six men selected come from 25 finalists to become members of the 2021 BCFOH class.

“On behalf of the Board of Trustees, congratulations to the Class of 2021,” said BCFHOF Co-Founder and 2011 Inductee Doug Williams. “It is a significant achievement to be considered one of the best to ever...
Continue reading...

Alvin Kamara Makes the Saints Offense a Nightmare to Defend. 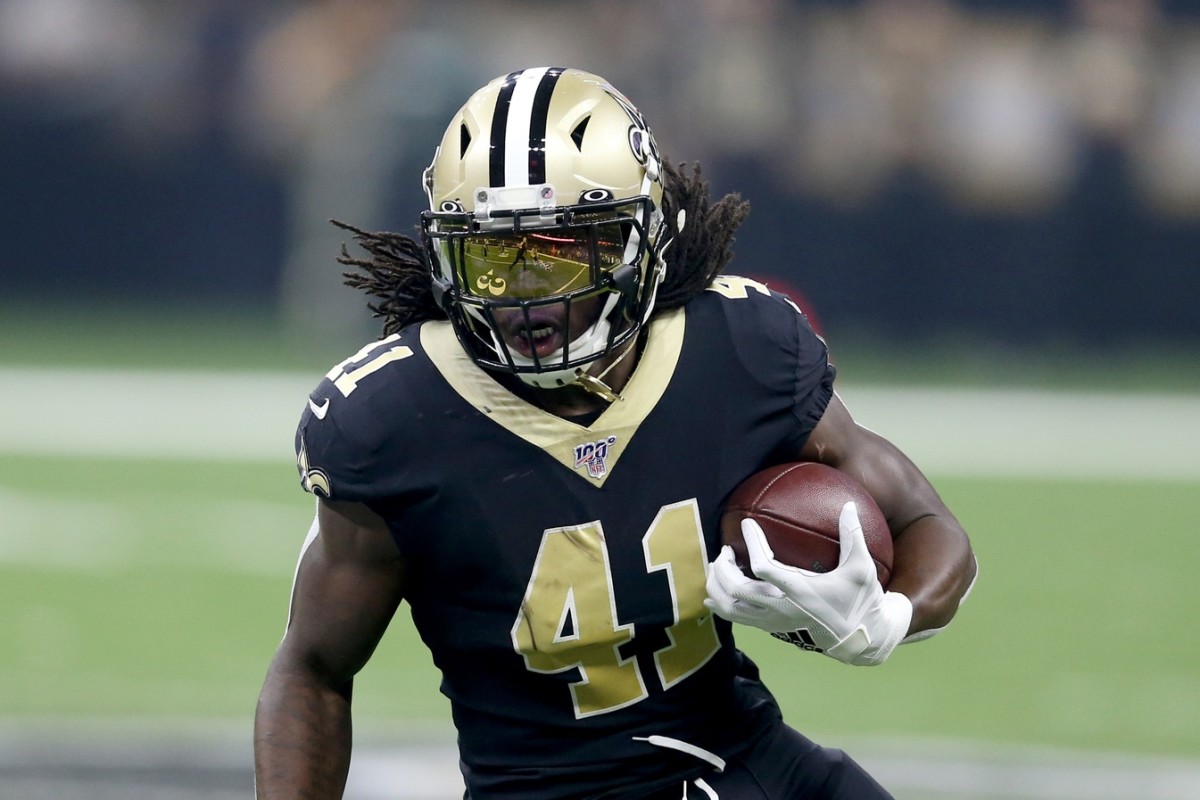 Many people expected the Saints to select a wide receiver to complement Michael Thomas since the team had just traded speedy WR Brandin Cooks.

The best New Orleans offenses had always used its running backs as receiving threats. Dynamic pass-catchers like Reggie Bush, Pierre Thomas, and Darren Sproles gave the Saints an extra dimension that made them even more difficult to defend. 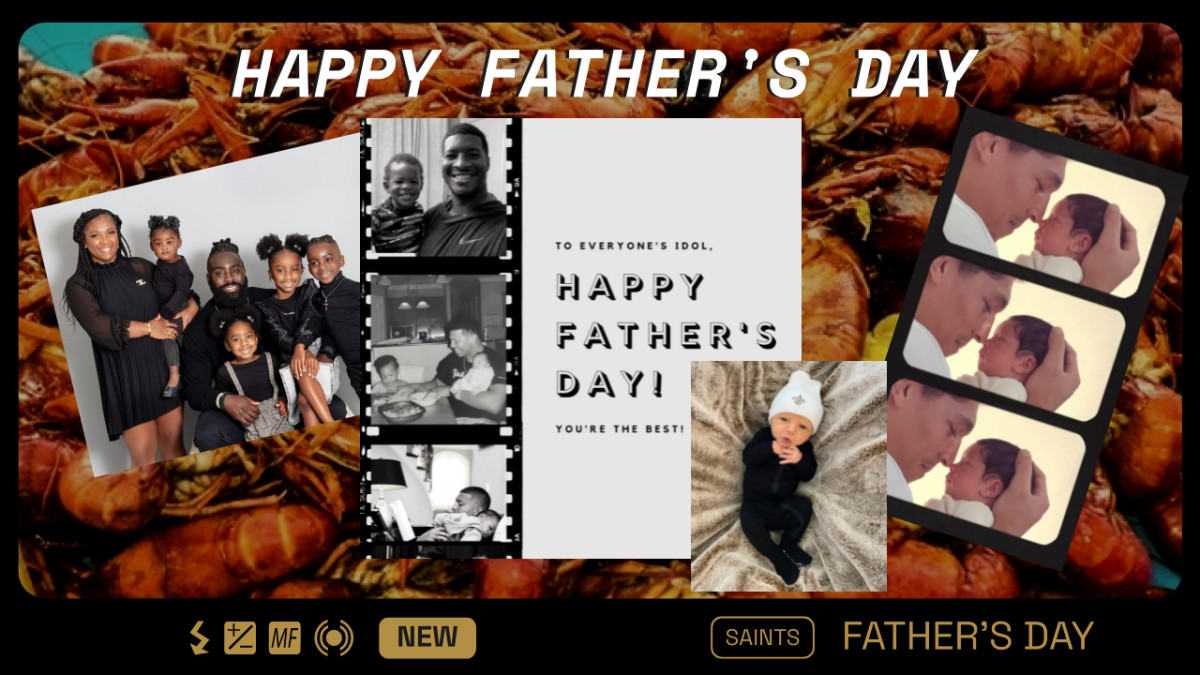 Happy Father's Day to the Saints Fans and Who Dats from all over the world! Saints News Network
Continue reading...

Saints' Zack Baun spent his rookie season learning. Is he ready to make the jump? 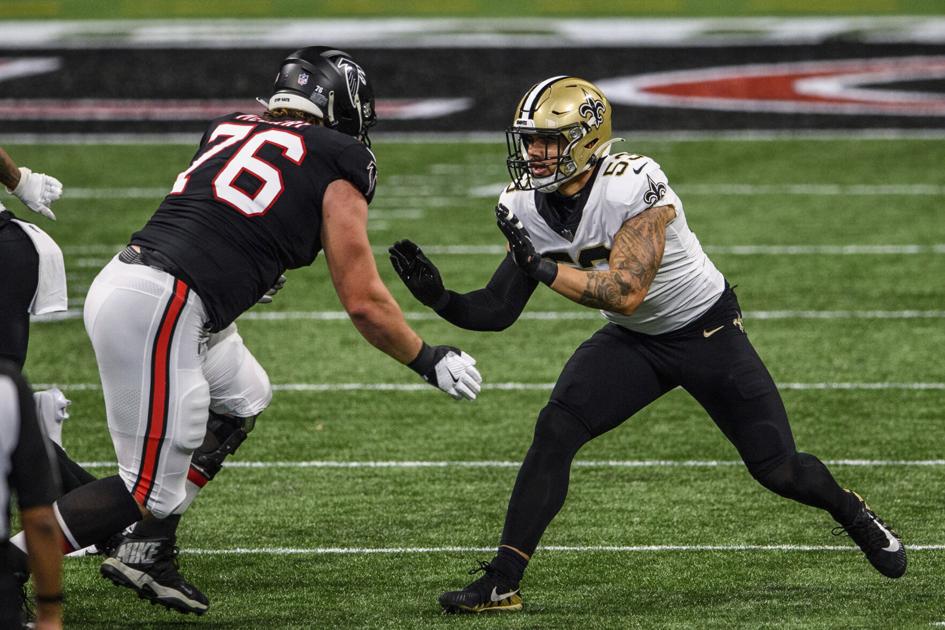 The New Orleans Saints traded up into the third round of the 2020 draft to select Baun after he spent his senior year at Wisconsin beating offensive linemen like a drum off the edge to the tune of 12.5 sacks. The organization believed it saw an athlete who could transition to playing in space, a bit of a projectional dice roll that comes with developmental time baked in.

So Baun spent much of his rookie season waiting, learning and developing. Now, with Year 2 just over the horizon, Baun is hopeful he can show the difference a...
Continue reading... 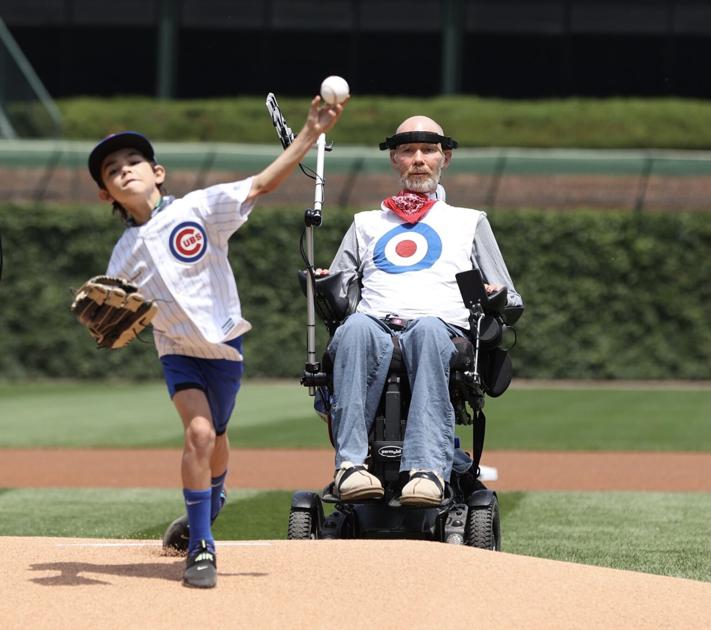 Steve Gleason wasn't supposed to be around for this many Father's Day celebrations.

Five years tops was all the doctors gave the former New Orleans Saints special teams ace when he was diagnosed with ALS 10½ years ago.

But Gleason lives on — just as determined to continue being a father as he was to block that unforgettable punt against the Atlanta Falcons 15 years ago that made him a cult hero among Saints fans.

His determination is the subject of ESPN's SC Featured "A Father's Resilience," which will air at 7 a.m. Sunday on "SportsCenter" and again throughout the day. 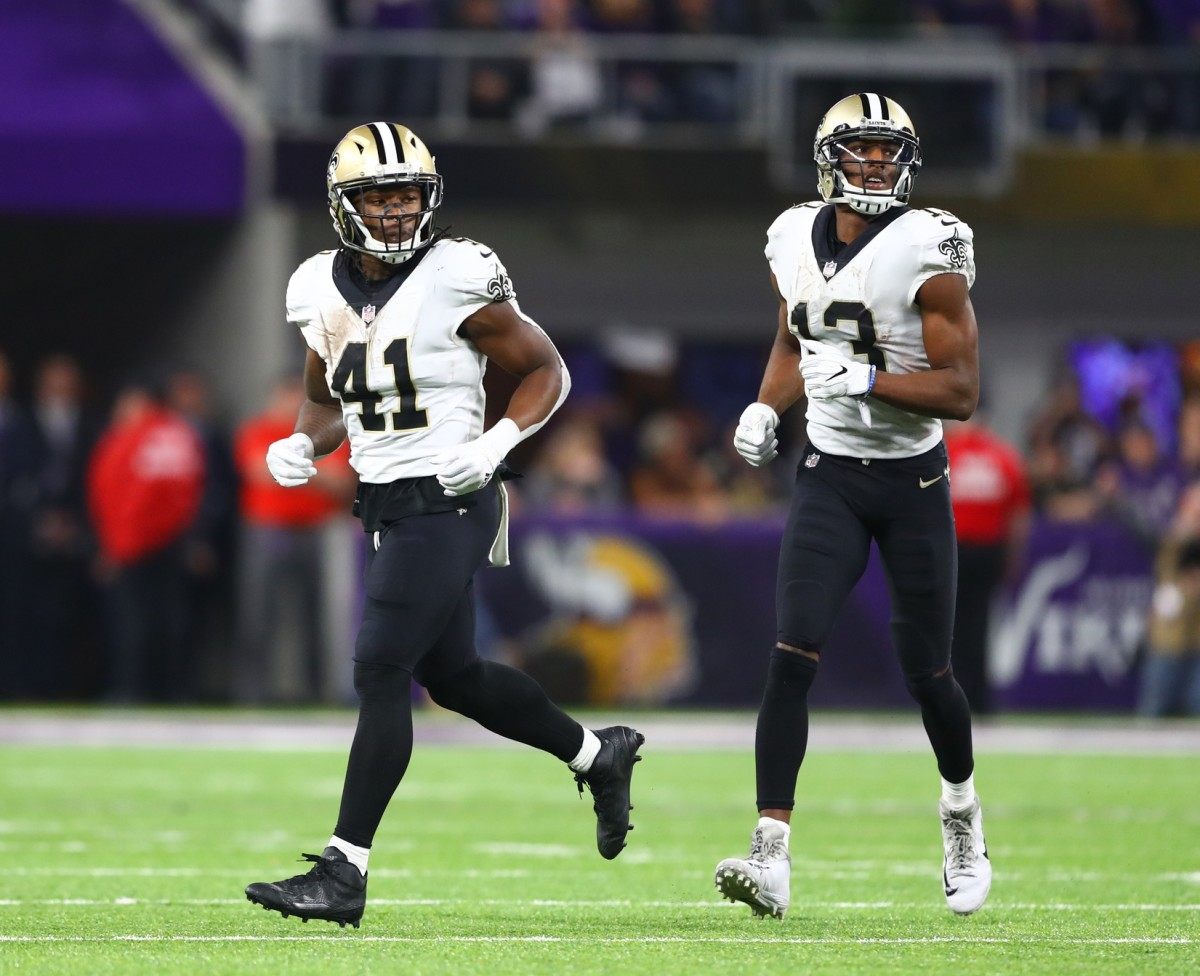 The New Orleans Saints have been on an unprecedented run of team success over the last four years that is the best in franchise history.

New Orleans has a 49-15 record over those four seasons, the best in the NFL. During that time they have won four consecutive NFC South titles, the most in franchise history.

The Saints have been so successful because of a talented core of players, most of whom have been together during this entire four-year stretch.

Some of these players have compiled statistics to climb up the franchise's all-time leader list in several categories.

CB Kirkpatrick Could be 'Twins, the Sequel' of Jenkins for the Saints Defense

The complementary cornerback is a position of mild concern for the New Orleans Saints.

Cornerback Marshon Lattimore is an elite player but had a problematic offseason.

In March, Lattimore was arrested and faces a fourth-degree felony charge of receiving a stolen handgun.

The NFL could impose a punishment.

The Who Dat Nation holds its collective breath.

Why? Because Lattimore's highly effective pass defense is essential to...
Continue reading... 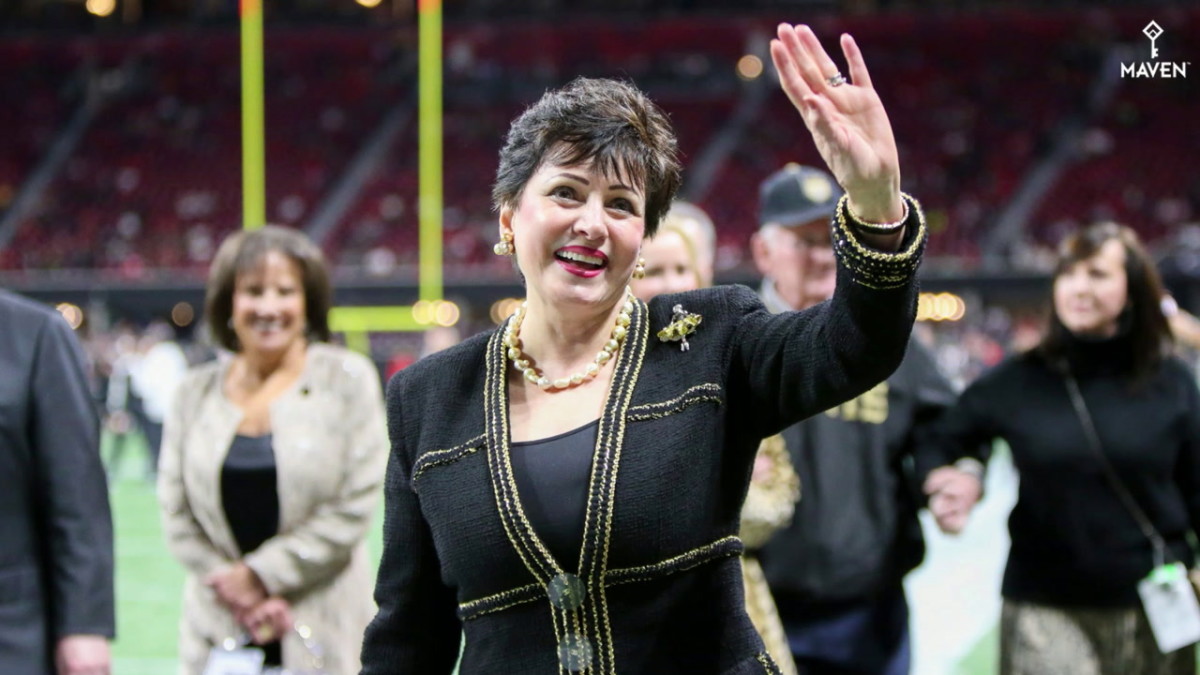 The New Orleans Saints franchise is projected to become the twelfth wealthiest team in the NFL by 2025.

Forbes values owner Gayle Benson's club as one of the top sports franchises in the world at $2.48 billion.

A financial valuation ranks the Saints at No. 46 in the world of sports entities.

According to Forbes, New Orleans is No. 25 and No. 3 in the NFC South for estimated value ranking among the NFL teams.

New Orleans Saints in the NFL

Bookies.com has forecasted the future finances of each team to determine the wealthiest NFL franchises by 2025. 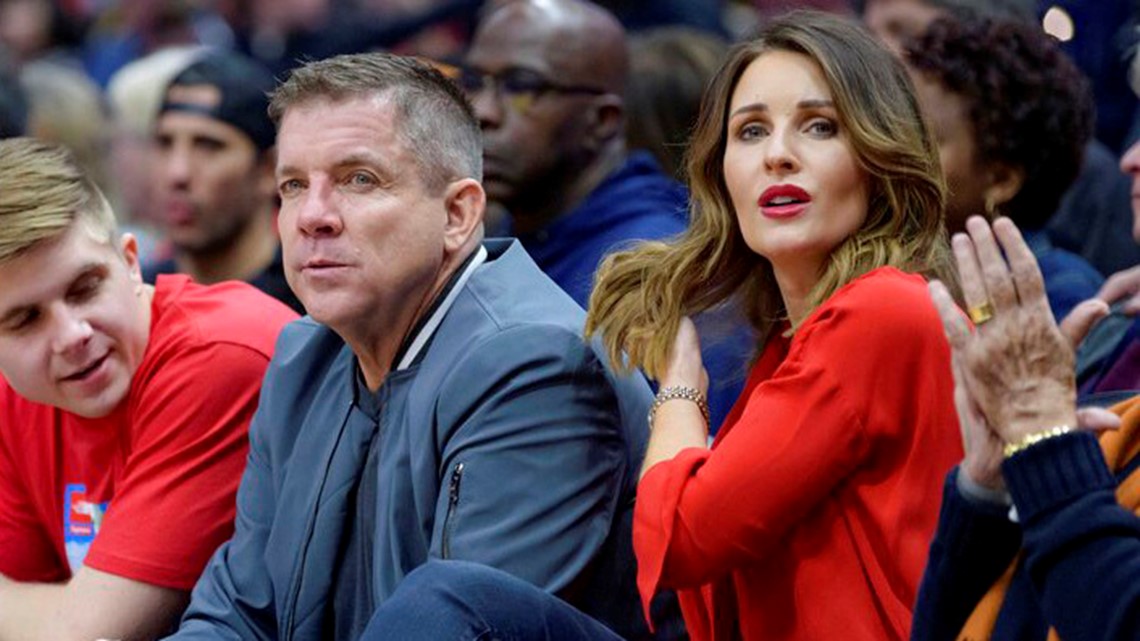 According to our partners at The Times-Picayune | New Orleans Advocate, Payton and Montgomery are tying the knot in Cabo San Lucas on June 18.

Payton proposed to Montgomery at Longway Tavern in 2019, according to the report. Saints owner Gayle Benson helped Payton pop the question by inviting Montgomery out for what she said was a celebration of her and Tom Benson's wedding anniversary.

► Get breaking news from your neighborhood delivered directly to...
Continue reading...

Sean Payton and Skylene Montgomery to Marry in Mexico 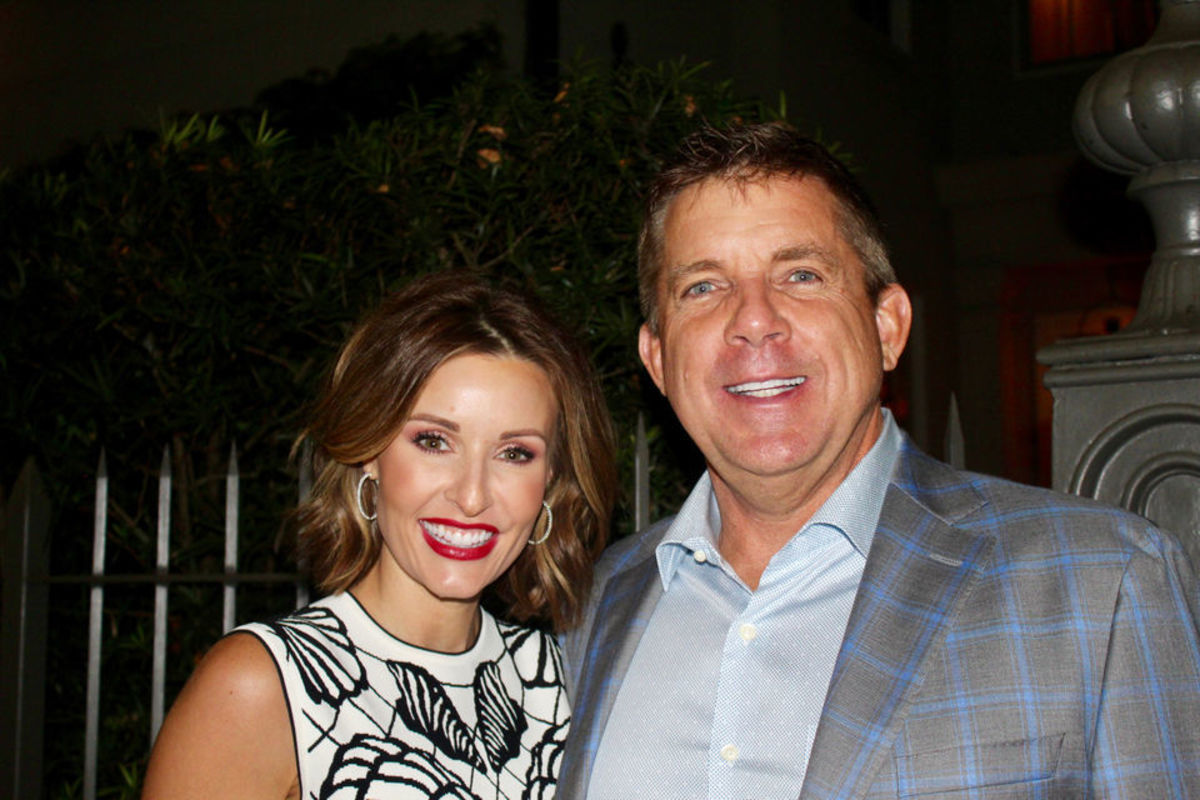 Congratulations to Coach Payton and Skylene on their nuptials.

Payton surprised Montgomery in a French Quarter restaurant, the Longway Tavern, inside of the New Orleans French Quarter District. WDSU reported the proposal on Friday night.

Demario Davis Continues to be the Key for Saints Defensive Success 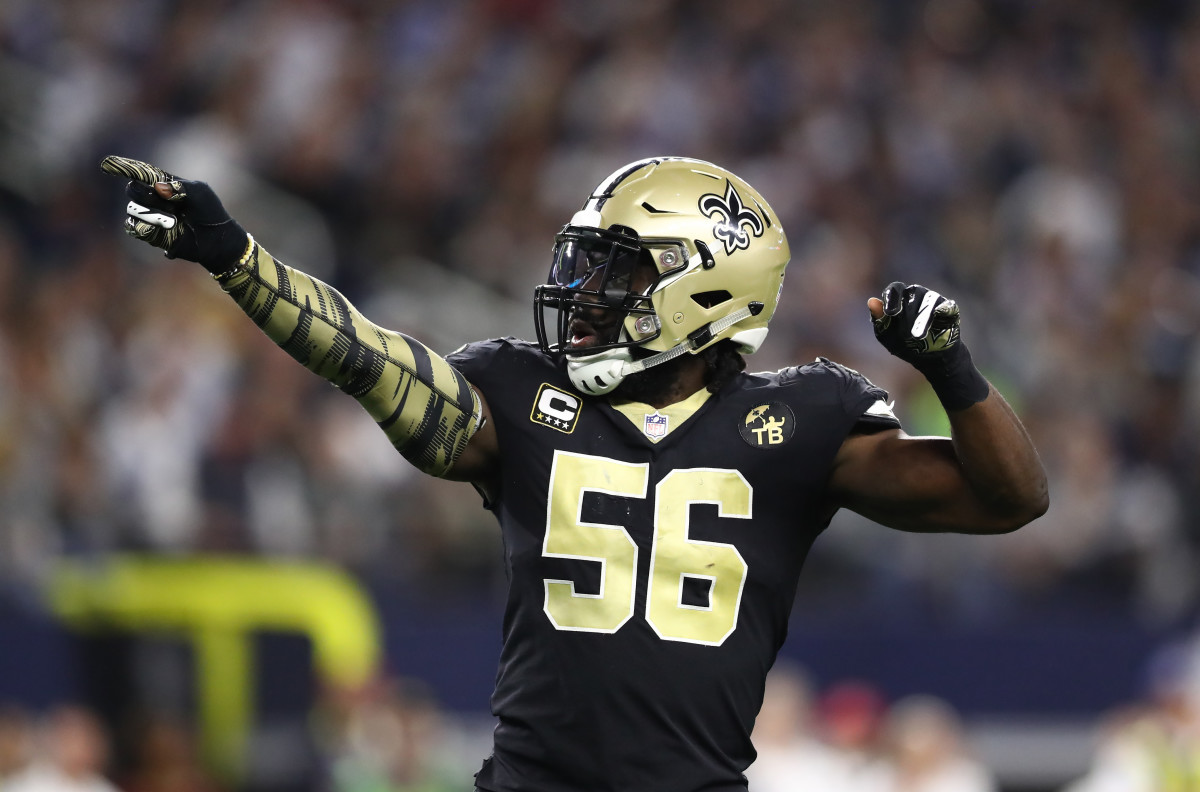 An underrated aspect of the New Orleans Saints Super Bowl XLIV championship team in 2009 was the play of its linebacking corps.

Pro Bowl LB Jonathan Vilma was the headliner of the group, intercepting 3 passes and leading the team in tackles.

Vilma had outstanding support from Scott Shanle and Scott Fujita, with depth being provided by Jo-Lonn Dunbar and Marvin Mitchell.

This underrated unit created havoc at the second level of a New Orleans defense that finished second in the league with 39 turnovers.

As those Saints linebackers aged, the play of the unit slipped. Free-agent...
Continue reading...
Load more…