Davenport was the 14th overall selection in the first round of the NFL Draft out of Texas-San Antonio. The 6-foot-6, 265-pound San Antonio native appeared in 43 games with 34 starts in four seasons and finished his collegiate career with 186 tackles (97 solo), 22 sacks, 38 tackles for loss, six forced fumbles, two fumble recoveries, one returned for a touchdown and eight passes defensed, finishing as the school’s all-time leader for stops for loss, takedowns and quarterback hurries (21). In 2017, Davenport was the Conference USA Defensive Player of the Year and a first-team All-Conference selection, when he started all 11 games and posted 55 tackles (30 solo) and set school records with 17.5 tackles for loss, 8.5 sacks and eight QB hurries.

Leonard was the Saints’ fourth round draft choice (127th overall) out of Florida State. The 6-7, 305-pound Middleton, Md., native was a two-year contributor at right tackle, opening all 13 games in 2017 after transitioning from defensive end. He opened a total of 19 games out of 37 games played. In 2017, he started all 13 contests at right tackle and helped Seminoles running back Cam Akers break the program’s freshman rushing yardage record (1,024 yards).

By Christopher Dabe
NOLA.com | The Times-Picayune

The New Orleans Saints and first-round drafted defensive end Marcus Davenport have agreed to terms on a four-year contract, NFL Network reported first Thursday (May 10).
The team later said it signed Davenport and five other players selected in the 2018 NFL Draft.

The report came one day before the Saints are set to begin their three-day rookie minicamp, which will run from Friday to Sunday. 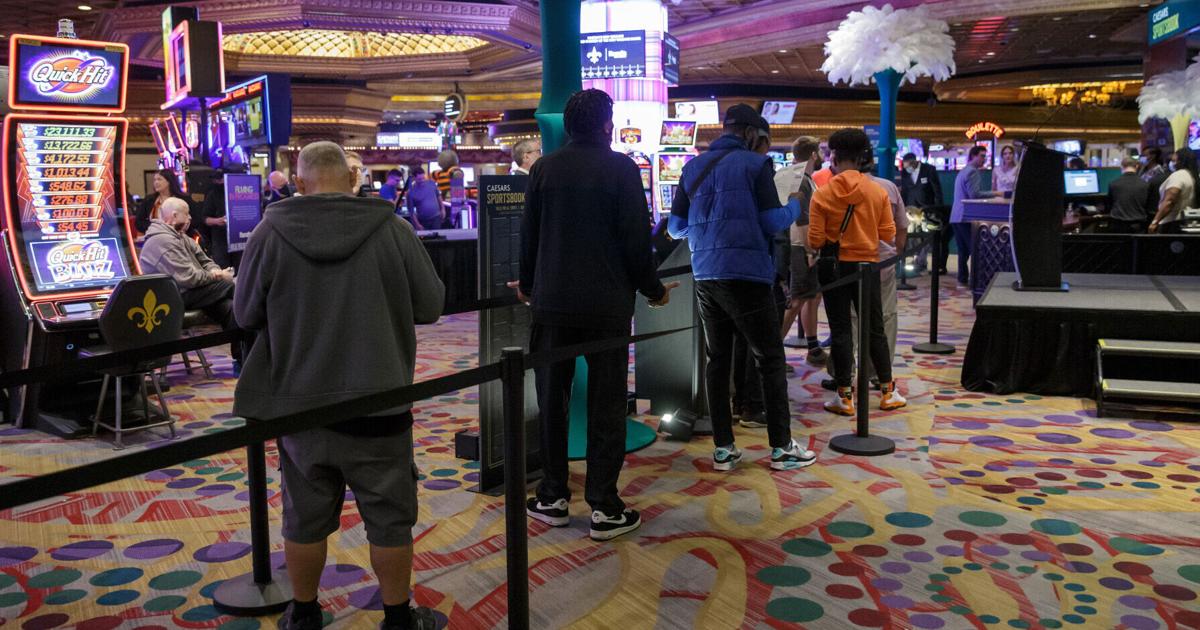 If this weekend of NFL betting is anything like the last, it will be a Sunday full of sweaty palms mixed in with a few prayers.

But imagine if you were holding lottery tickets of sorts. You may be asking, “What are you talking about Jim Derry?”

Although the mobile apps all go live Friday morning in Louisiana, one could have gone to Mississippi before the season or to Harrah’s New Orleans around Halloween and placed some future bets that could have you resting on the couch just hoping for a good game and not caring what the final outcome might be.

Had one placed bets in the right places...
Continue reading...

Report: Mike McCarthy receives assurance he will return for 2022 Mike McCarthy has received assurance from the Cowboys that he will remain the head coach in 2022, Jori Epstein of USA Today reports.

That means Sean Payton won’t be the Cowboys’ head coach in 2022. It also means McCarthy will go into 2022 on the hottest of hot seats in the NFL with Payton potentially available in a trade for 2023.

According to Epstein, McCarthy initially received word he would return immediately after the 23-17 upset loss to the 49ers in the wild-card round. He received another vote of confidence this week after Payton stepped away from the Saints.

The USFL's New Orleans Breakers have a coach, and he's no stranger to the region 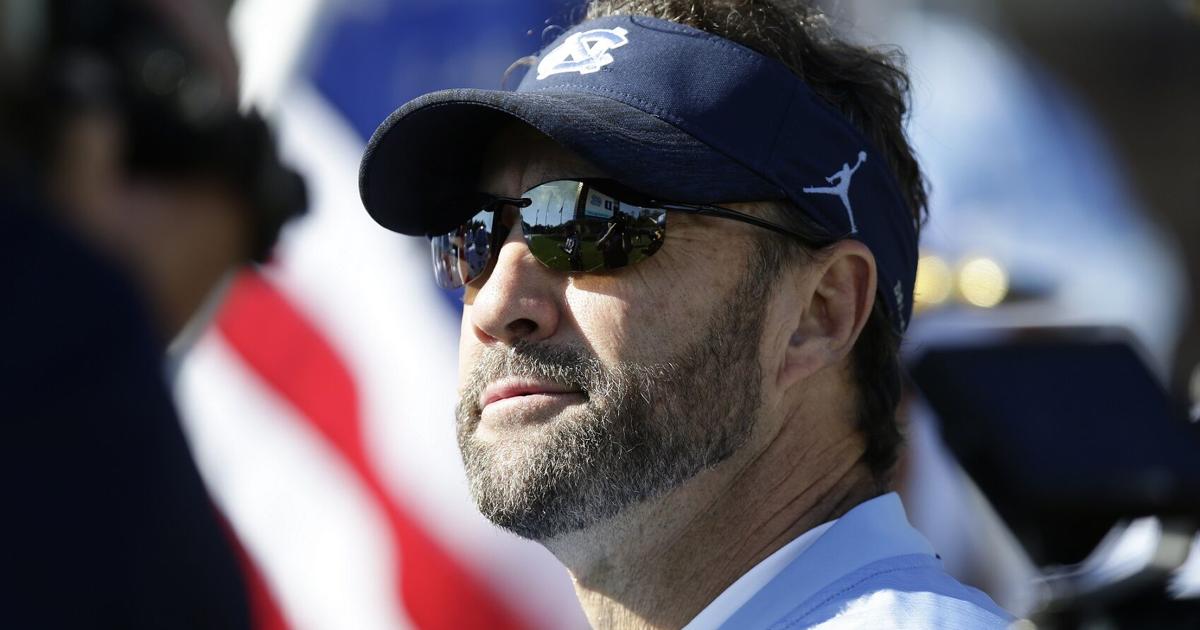 Former Southern Miss and North Carolina football coach Larry Fedora has been announced as the head coach of the New Orleans Breakers, which will be part of the newly rebooted USFL.

The new USFL will play all of its first season in Birmingham, Alabama, starting in April, playing games at the new Protective Field and Legion Field.

Fedora most recently served for one season as the offensive coordinator and quarterbacks coach at Baylor during the 2020 season.

He has head coaching experience through two different stints at the college level - from 2008-11 at Southern Miss and 2012-18 at...
Continue reading...

Saints Podcast: What's Next for New Orleans After Sean Payton? 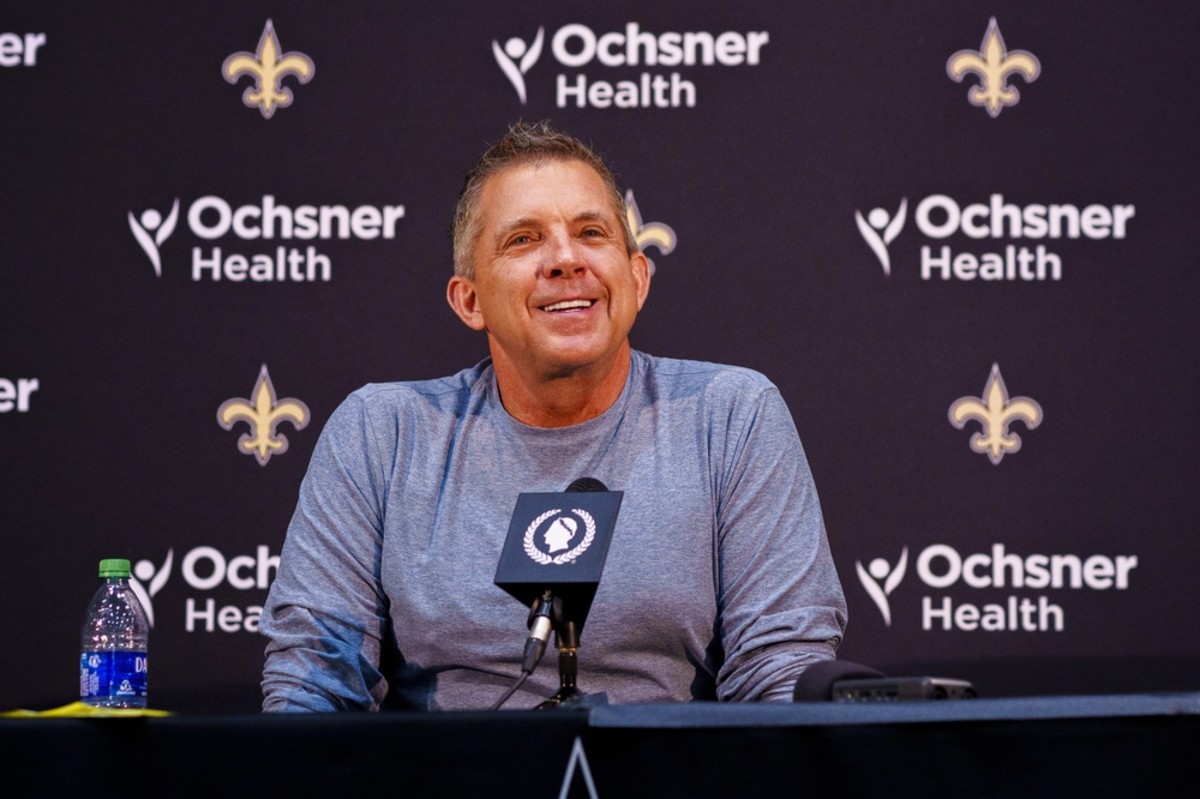 The football world was certainly shocked to see Sean Payton step down from coaching the Saints on Tuesday. Now, New Orleans is in an unfamiliar spot going into the new season. They have some decisions to make, and the latest episode of BLEAV in Saints talks about this and more.

You can also get this episode and past episodes on our site. We can also be found on Apple and Spotify. Don't forget to subscribe and give us some feedback!
Continue reading... 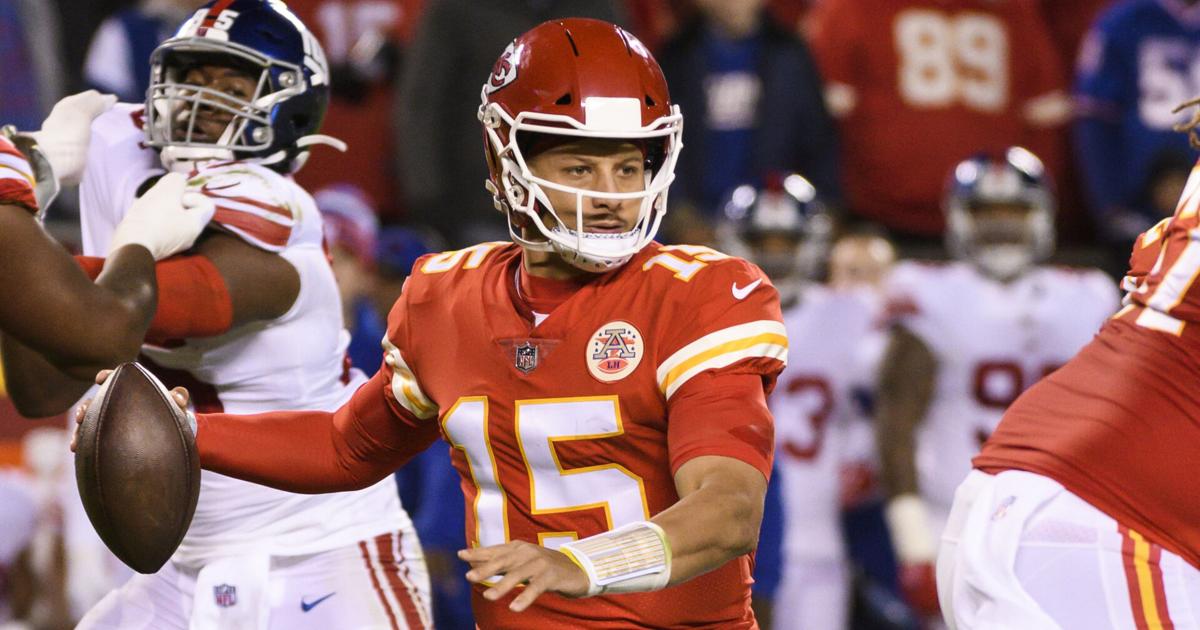 When the Bengals beat the Kansas City Chiefs 34-31 four weeks ago in Cincinnati, just about everything went right for them.

They ran 63 offensive plays without a turnover. They gained six first downs by Chiefs’ penalties and held Tyreek Hill to six catches for 40 yards. And quarterback Joe Burrow had one of the two most prolific passing games of his career, completing 30 of 39 passes for 446 yards, four touchdowns and no interceptions.

And, still, they needed a field goal by Evan McPherson on the final play to pull out the win.

The Bengals will need a similar effort to knock off the...
Continue reading... 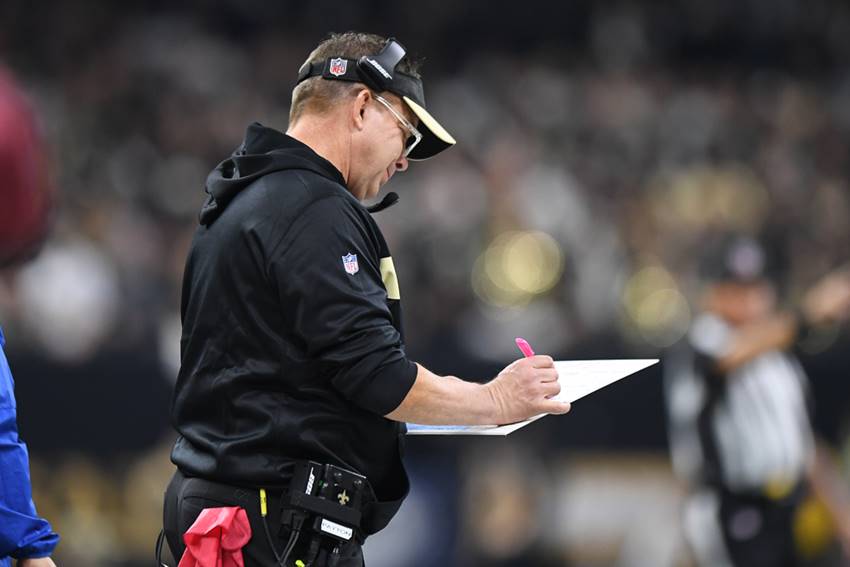 When the longtime New Orleans Saints coach announced this week that he was stepping down, he also said he wanted, at some point, to coach again. Brinks truck drivers around the country were texted an alert. One of them would someday soon be backing the truck up to the facility of an NFL team.

The truck will be loaded with cash and driven it straight to Payton.

Whenever Payton returns to coaching, he could command $20 million or more per season.

As we sat in the WGNO sports office Thursday, my colleague Richie Mills said the...
Continue reading... 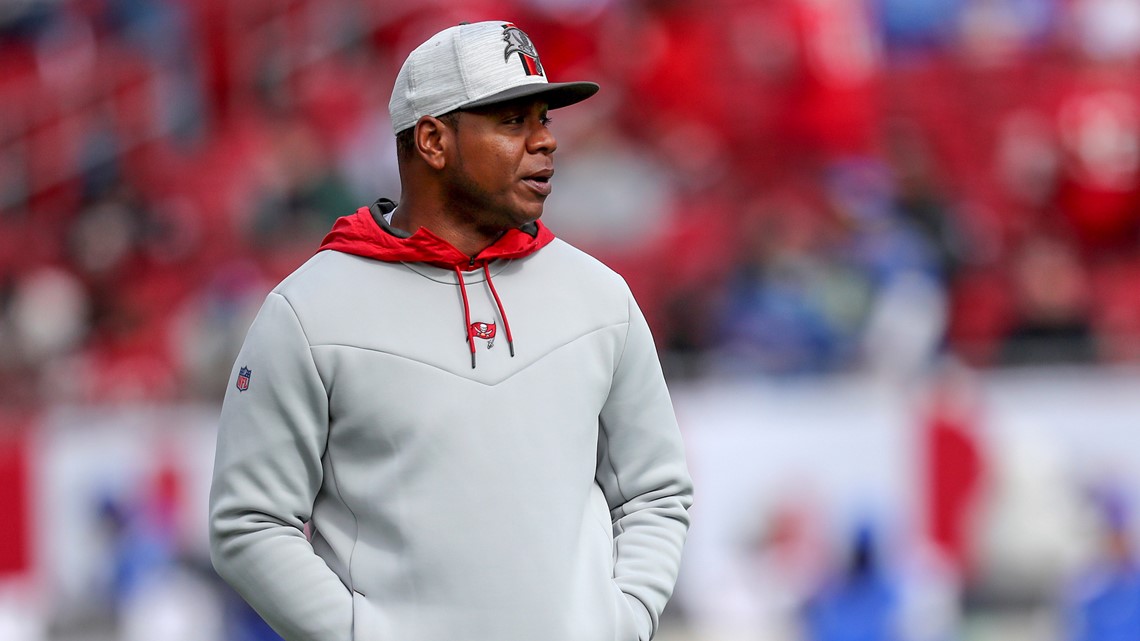 Schefter also said Dennis Allen is a candidate for the position. With Allen, the Saints know what they are getting...
Continue reading... 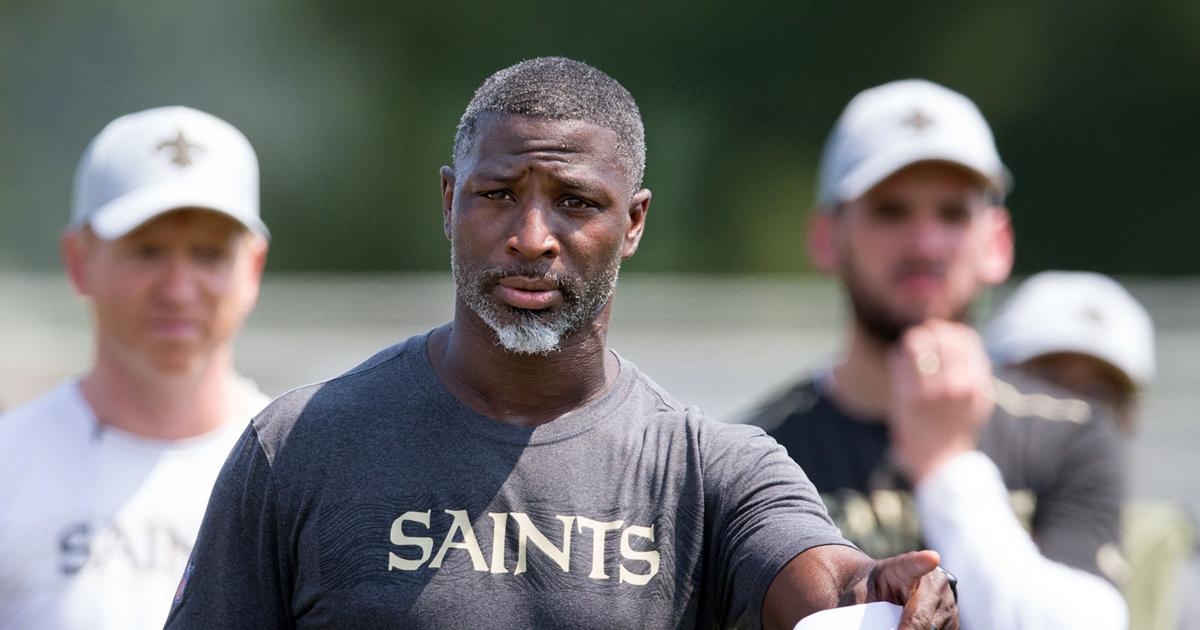 The New Orleans Saints have requested to interview two head coaching candidates to fill the opening left by Sean Payton, according to reports, and both of them know New Orleans well.

The two outside candidates the organization they've requested to interview thus far as of Thursday morning are Detroit Lions defensive coordinator Aaron Glenn and Tampa Bay Buccaneers offensive coordinator Byron Leftwich, according to reports from ESPN and Sports Illustrated.

Glenn was the Saints' defensive backs coach from 2016-2020 before then-Saints tight ends coach Dan Campbell was hired to lead the...
Continue reading... 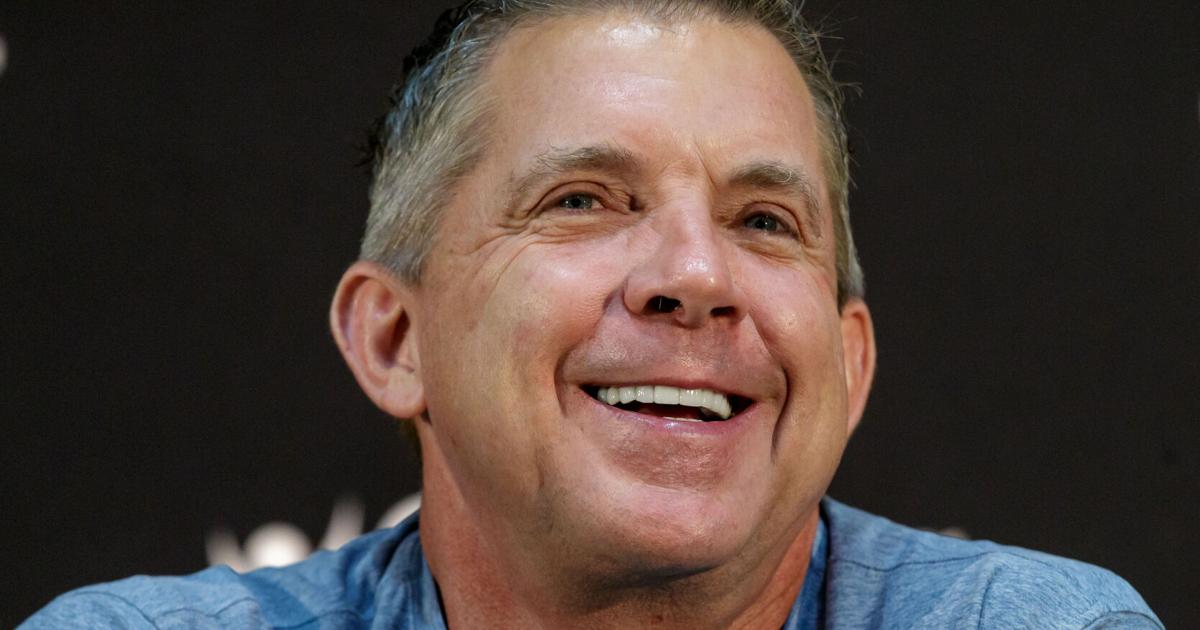 Former Saints coach Sean Payton said during his Tuesday press conference that he had not heard from any of the TV networks about possibly getting involved as an analyst, but that changed quickly after he announced that he was stepping away.

“Fortunately, the day after the press conference I received a number of calls,” Payton said during a Thursday interview on The Dan Patrick Show.

Payton, who was the Saints' head coach for 16 years, acknowledged that he would like to get into TV, and he sees that as a new challenge.

“Every once in a while you have to step out and be uncomfortable,” he...
Continue reading... 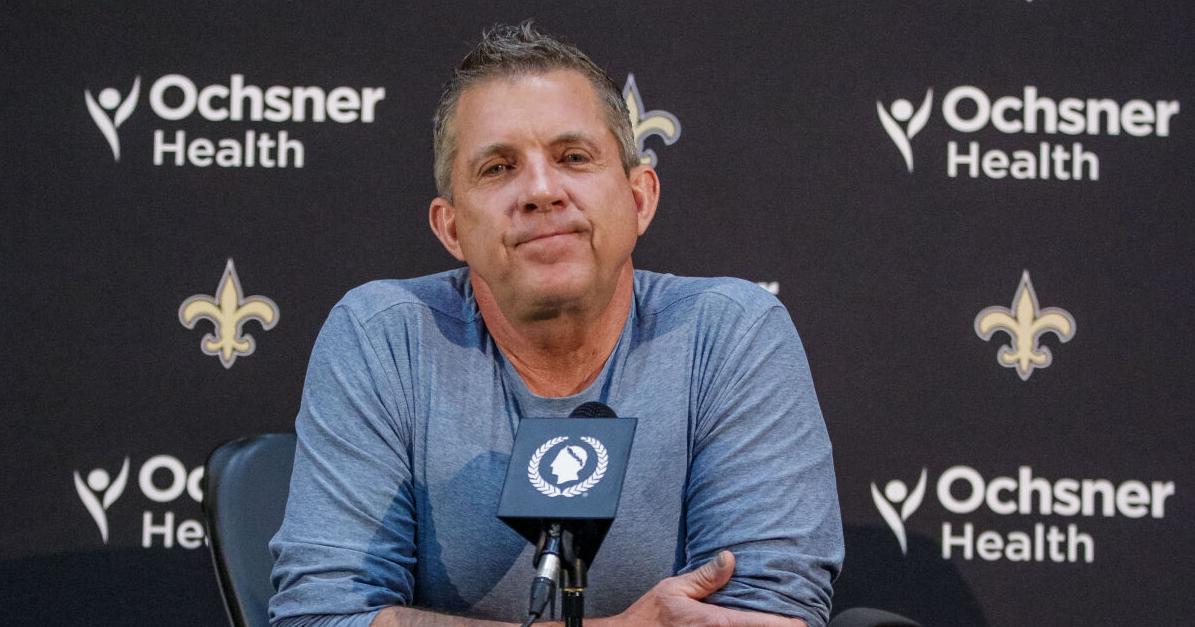 When Sean Payton stepped down as head coach of the New Orleans Saints, he made no bones about his desire to work in the television industry, but that has not stopped other teams from gauging his interest.

Joining the Dan Patrick Show Thursday morning, Payton said he has not heard from any other teams in an official capacity, because that process would have to be conducted through the Saints organization as Payton is under contract for three more seasons.

Of course, some clubs treat the official channels as guidelines rather than strict rules.

“Look, you know this,” Payton said to...
Continue reading... 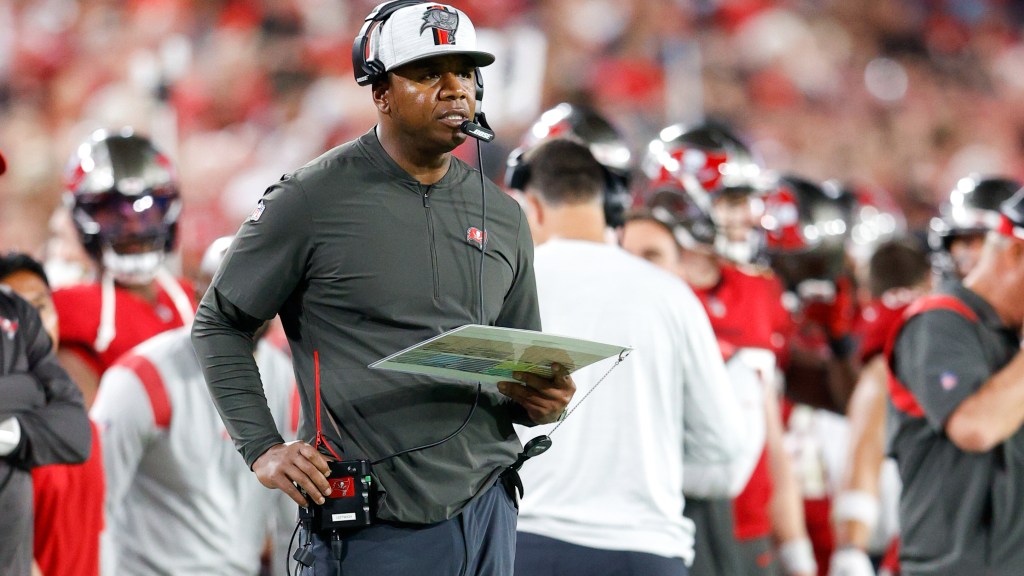 Bang: the New Orleans Saints have begun filing requests for interviews with head coach candidates, and we already know two of the names on their list. One of them is familiar in former Saints secondary coach Aaron Glenn, now with the Detroit Lions — Sports Illustrated’s Albert Breer first reported news of Glenn’s interview request.

But the Saints are also looking outside of the Sean Payton coaching tree in search of his replacement. ESPN’s Adam Schefter reports that the team requested a meeting with Tampa Bay Buccaneers offensive coordinator Byron Leftwich. Schefter adds that Glenn...
Continue reading... 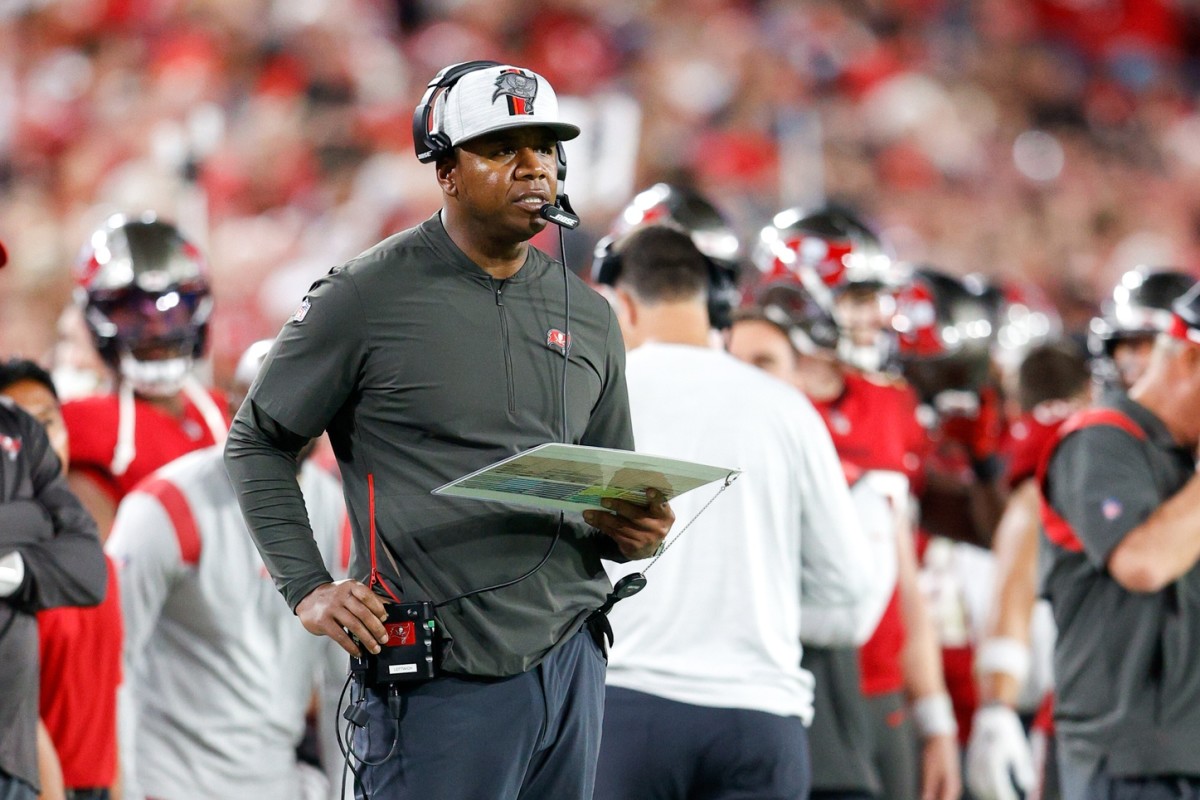 The Saints are facing unfamiliar territory for the first time in a long time without Sean Payton as their head coach. As the search goes on, things are certainly heating up for New Orleans. According to reports on Thursday by ESPN's Adam Schefter and SI's Albert Breer, you can add Byron Leftwich and Aaron Glenn in the list of names of potential candidates.

The Saints put in formal requests to interview these two, which will certainly add to a list that consists of Dennis Allen as the frontrunner. Owner Gayle Benson said on Tuesday following Sean Payton's press conference that the team was...
Continue reading... As the Saints move on from head coach Sean Payton, they have reportedly put out a couple of requests for head coaching interviews.

Glenn has longstanding ties to the organization, as he played there in 2008 and was the defensive backs coach under Payton from 2016-2020. Last season was his first as a coordinator.

As for Leftwich, he’s been coaching against the Saints...
Continue reading...

Sean Payton: Two teams have reached out, but I’m not looking at that path When Sean Payton announced that he was stepping down as the Saints’ head coach earlier this week, he said he did not plan on coaching during the 2022 season.

During a Thursday appearance on The Dan Patrick Show, Payton said that his comments didn’t stop some teams from working to find out how committed he was to that plan. He said that two teams have reached out through backchannels to see if he would be interested in coming to coach for them, but he reiterated that he’s not looking to coach and said he’s interested in calls he’s gotten about moving into broadcasting.

It's time for Pete Carmichael Jr. to step out of Sean Payton's shadow 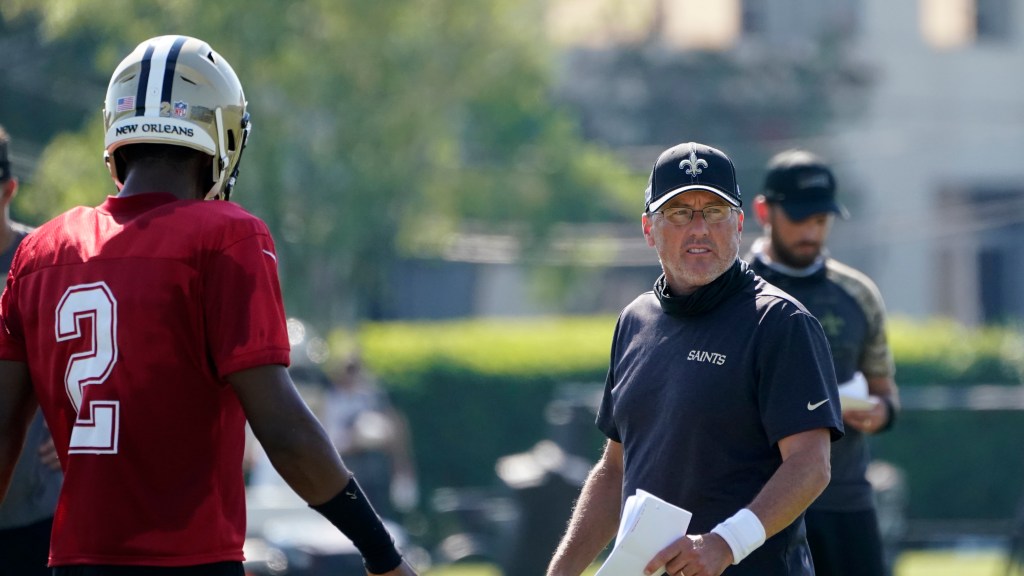 Changes are coming for the New Orleans Saints. And whether he’s considered for the head coach job or sticks around under a new regime, it’s time for longtime offensive coordinator Pete Carmichael Jr. to step out of Sean Payton’s shadow. He’s the longest-tenured O.C. in the league (having been promoted in 2009, after first working as quarterbacks coach since 2006), and he’s got a tremendous opportunity in front of him to prove his worth as the team’s play caller — assuming he’s still with the team in 2022. 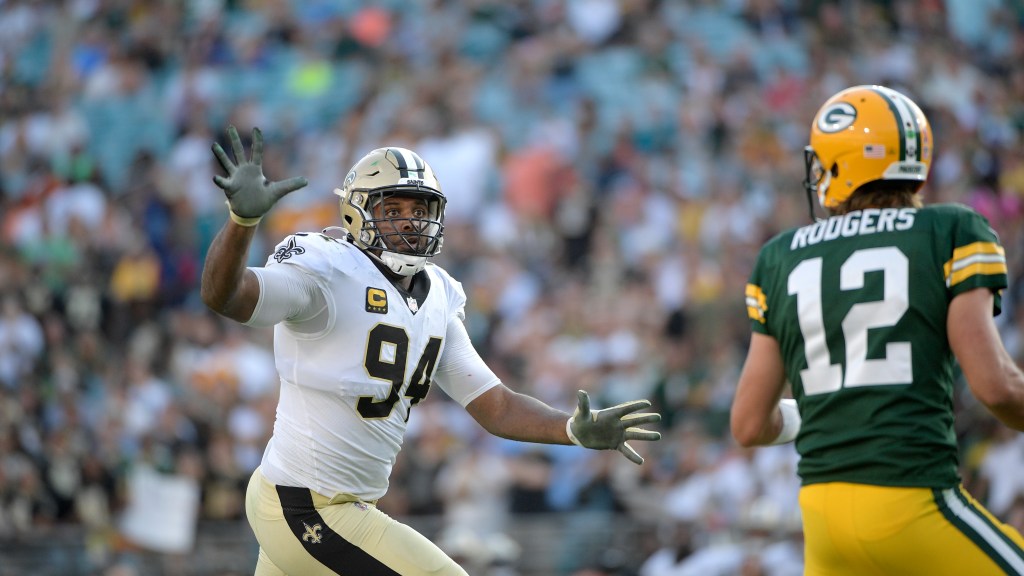 Cameron Jordan isn’t interested in being complacent. The New Orleans Saints defensive end watched his head coach step away from the team on Tuesday and was hitting his television spots by Thursday, and he’s got an important message to share: the Saints aren’t going under just because Sean Payton isn’t at the helm.

As far as Jordan is concerned, his team has what it takes to compete against anyone — including suitors for embattled Green Bay Packers quarterback Aaron Rodgers. He made a public appeal to Rodgers to consider a trade to New Orleans, from one California Golden Bear to another...
Continue reading...
Load more…

For the few on here that mentioned Gardner (64 Viewers)

19 minutes ago
Saint by the Bay