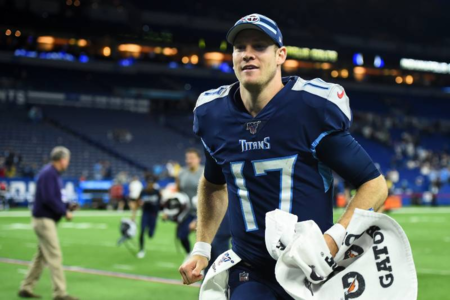 With the start of the 2020 NFL league year quickly approaching Wednesday, the NFL Players Association membership voted in favor of the proposed collective bargaining agreement.

The free-agency negotiating window opens Monday, and the passage of the new CBA removes what would've been a significant hurdle during the process.

According to NFL Network's Tom Pelissero, the 2020 salary cap is set at $198.2 million, an increase of $10 million from 2019. That additional cap space is likely to spark a spending spree, especially for the franchises with money to burn.

For example, Ian Rapoport of NFL Network reported Ryan Tannehill agreed to a four-year, $118 million deal to stay with the Tennessee Titans.

Here's a look at the financial situation for each team, per Over the Cap.