Andrus Peat contract structure might give Saints an early way out 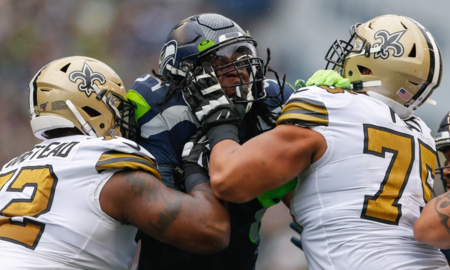 The New Orleans Saints lit up the fan base early in free agency with a controversial five-year, $57.5 million contract extension with left guard Andrus Peat. While Peat has twice made the Pro Bowl as an alternate, high-variance performance and a still-growing injury history gave many fans cause about committing so many resources to someone who was viewed as replaceable.

For the detractors: there’s reason to think the Saints may share some of their concerns, based off the structure in Peat’s contract. Of that $57.5 million total, just $33.85 million of it is guaranteed, including a $13 million signing bonus prorated over the length of the deal. But what’s interesting is a trigger written into it in 2021.

Peat’s base salary for 2022 ($10.85 million) will become fully guaranteed on the third day of the 2021 league year, giving the Saints a three-day window in which to make a decision. ...