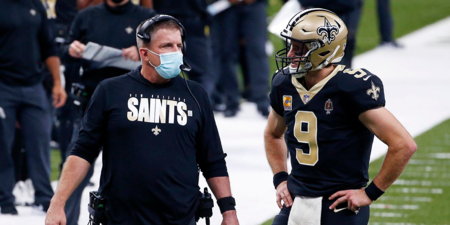 NEW ORLEANS (WAFB) - History and just normal probability were not on the Saints' side during the Monday Night Football game against the Chargers in the second quarter.

In the Drew Brees era, when trailing by 17 points or more in a game in the regular season or postseason, New Orleans was 1-48. The lone win came back in 2009 against the Dolphins but Brees and the offense somehow channeled some of that inner 2009 Super Bowl season magic to rally and win the game to move to 3-2 on the season.

“I would say there’s room for improvement,” said Brees. “We want to start faster. We shouldn’t have had to mount the comeback we had to mount to win this game.”

The Saints were down 20-3 with 4:25 left in the first half before mounting their comeback. Brees was 33-of-47 for 325 yards and one touchdown in the game. He threw one interception and also rushed for a score. ...

Alvin Kamara, New Orleans Saints vow it's 'our responsibility to do better' after uncharacteristic loss

Yesterday at 8:22 PM
Dan in Lafayette

Yesterday at 7:52 PM
Dan in Lafayette

Yesterday at 7:42 PM
Dan in Lafayette

Yesterday at 6:33 AM
Andrus