Offline
Sticky Post
Written and directed by political dramatist Aaron Sorkin (A Few Good Men, The West Wing), the movie presents Sorkin’s take on the trial of “the Chicago Seven”, leaders of various activist groups that protested the 1968 Democratic National Convention in Chicago.

It’s a Netflix release out today and given my love of 1960s history and famous court cases, I put it on. But it’s actually a good watch - it moves with good pace and the cast is just outstanding. Sasha Baron-Cohen and Jeremy Strong as Hoffman and Rubin really carry the entertainment portion of the film (as the two also did in the real event). Joseph Gordon-Levitt as the young federal prosecutor and Mark Rylance as civil rights attorney William Kunzler are outstanding. And the sub-issue of the treatment of Bobby Seale and the Black Panthers is well presented.

And the piece seems to have relevance to today as one could certainly argue that 2020 is the closest thing any American under 50 has had to 1968 in their lifetimes.

superchuck500 said:
I totally get what you mean - I usually prefer the true docs as well. But a well-done historical drama is usually appealing and this one is for sure. A drama will always be a bit hokier but I usually enjoy them anyway. But I think Sorkin and the great cast get this pretty right.

From what I know of it, the actual trial was a sheet show. Judicial misconduct. Regular outbursts and theater from the defendants and a prosecution founded on political interests. What a mess.
Click to expand...

Which is why I might watch it. I don't already know a lot about the actual trial other than knowing OF it and didn't read Hoffman's book, so what it'll do is probably send me off into a rabbit hole of research.

Now, I didn't watch "Mrs. America" but ewe tube had a lot of videos with a lot of Schlafly's original debates and TV appearances and comparing them to clips from the movie which they obviously used heavily in their research to make the movie. It was very illuminating because you could easily see different inflections and body language changing the tenor from the original words such as, for instance, making Phyliss appear much more physically uncomfortable while debating than she actually was. Whether you agree with her or not, she was always very articulate and well prepared and knew her citations. I know her detractors want people to think she was stupid. She was not. BUT not trying to get into an ERA discussion.
OP

CoolBrees said:
ETA-for our phish fans: the song Free is about Abbie. That was his nickname.
Click to expand...

Floating in the blimp a lot? 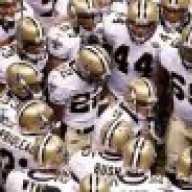 Offline
I read it in Doniac Schvice. So that means it’s probably not true
OP

Offline
If you’re so inclined and want to read the story of the trial, its problems, the judicial errors, and the ultimate results, the 7th Circuit’s opinion (on appeal) is very thorough and as legitimate of a source as you will find. And critical of Judge Hoffman in numerous areas.

superchuck500 said:
Floating in the blimp a lot?

Well ‘inspired by’ and ‘about’ can be two different things in songwriting.

Offline
Especially when talking about Tom Marshall. Guelah Papyrus has a meaning apparently.

I digress. I learned of these men when i looked up what a hippie was and learned that it (and the yippies) were actually a political
Party and not just a bunch of kids listening to the Dead.

In high school I tried to write a paper on the Black Panthers and I was stopped by my teacher. She said it was inciting unrest and promoting violence. I was like “huh?” I am a white kid in Colorado how in the heck am I going to incite violence by learning about a progressive political movement in the 60’s?

I quickly learned that any information available about these groups was on microfiche in newspapers from that era. No mention of them in the history books. Just the Chicago 7 and the riots

That was my indoctrination into how completely white washed our history classes were/are.
Show hidden low quality content