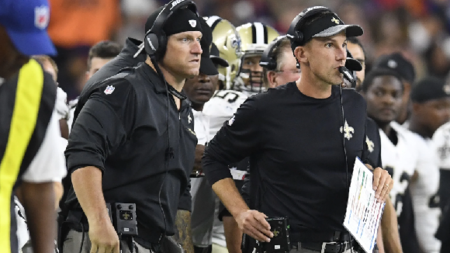 Now in his second stint in New Orleans, Dennis Allen enters his fifth full season as the team's defensive coordinator in his 11th campaign with the club after he was re-hired by Saints Coach Sean Payton in 2015. One of the most respected defensive minds in the NFL, Allen has developed and led an ascending New Orleans defense that has ranked in the NFL's top five the past two seasons in both run defense and sacks, while also developing a promising group of young defenders, mixed with veteran leaders and valuable free-agent acquisitions.

Q: Are you excited to work with Malcolm Jenkins again and what experience does he bring to a team?

Allen: I was here when we drafted Malcolm (Jenkins) back in 2009. I think Malcolm brings a sense of leadership, an intelligence level to our defense especially from a backend perspective. I'm excited about working with Malcolm. I thought Malcolm was an outstanding player when he was here before and he continued that in Philadelphia and I'm anxious to get an opportunity to work with him again.