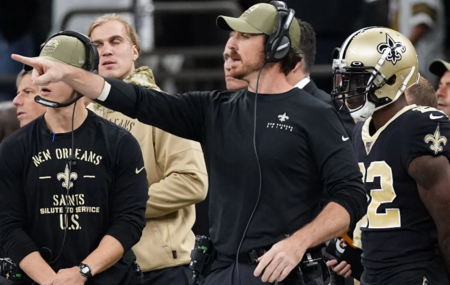 Ryan Nielsen enters his fourth season as New Orleans' defensive line coach in 2020. In 2019, New Orleans ranked third in the NFL with 51 sacks with 38.5 of them coming from the defensive line. New Orleans also ranked fourth in the NFL in opponent yards rushing per game (91.3). Defensive end Cameron Jordan was instrumental in the defense's success as he tallied a career-high 15.5 sacks, ranked third in the NFL and collected one more in the postseason. Second-year defensive end Marcus Davenport finished second on the team with six sacks and defensive end Trey Hendrickson added a career-high 4.5 takedowns. Nielsen's unit looks to build on its success heading into the 2020 campaign.

Q: What has this offseason been like for you and just how things are totally different than how they usually are?

Nielsen: Well look, it is what it is. I think we've done the best that we can do with the situation that's going on. What I mean is we've had great participation from our veterans in these online meetings. I've been very pleased with the interaction and just the one-on-one conversations with the guys, getting the feedback of how it's going. We're getting a lot of teaching time. We're watching a lot of tape, we're doing a lot of installations and I just feel the only thing that's a little bit different is obviously we are not around each other. So I don't get the immediate feedback and interaction as you would get when you're with the players, but I feel everything else from the time that we've had to meet, the installation, the material, I feel pretty good about it. The real test will be when we all get back together to see how it worked. When we start camp and we're with the players to see how much the retention (has worked), but as of right now, I feel very good about it.