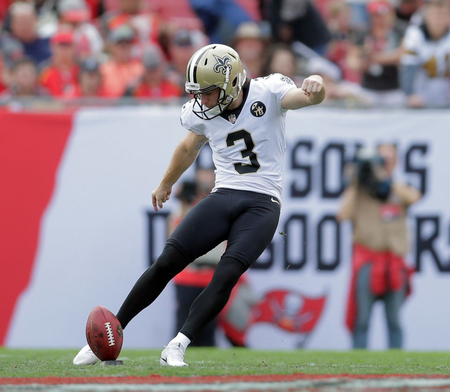 The New Orleans Saints will begin their playoff run Sunday afternoon (Jan. 13) as they host the defending Super Bowl champion Philadelphia Eagles. The teams met in Week 11 of the regular season, and the Saints rolled to a 48-7 win. But a lot has changed since then, and both teams are quick to acknowledge it.

Here are 10 players that could make a big difference in Sunday's NFC divisional round matchup.

The most notable reason the Eagles are playing against the Saints this Sunday is because of Bears kicker Cody Parkey’s blocked 43-yard field goal. Lutz having a good game could be key if this game ends up closer than New Orleans’ 48-7 regular-season win. Lutz made 28 of 30 attempts in the regular season, giving him the third-best percentage in the NFL among kickers with 30 or more attempts.

Sproles led the Eagles in rushing yards (21) and attempts (13) in the wild-card round. He was targeted three times in the passing game and lined up at punt returner for the Eagles. Sproles is well-respected in the Saints locker room, as quarterback Drew Brees and coach Sean Payton both spoke highly of the running back who played three seasons in New Orleans. ...