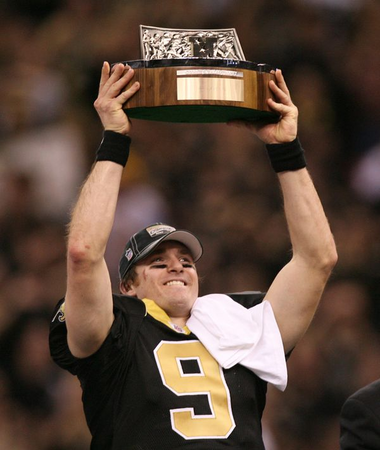 Three current members of the team were in uniform in that game, the last time New Orleans played for an NFC title: Drew Brees, Thomas Morstead and Jermon Bushrod.

Brees said it hadn’t felt like nine years since that game. But time flies.

“Everybody was saying I had a lot more hair back then,” Brees said with a laugh. “So, it doesn’t feel like that long ago, but I guess it was.”

Brees just needed to look around the Saints locker room to see how much time has passed.

Smith was in eighth grade when Drew Brees and the Saints defeated the Minnesota Vikings in the Superdome before going on to beat the Indianapolis Colts in Super Bowl XLIV. He, like a number of his teammates who have helped the Saints reach Sunday’s NFC Championship matchup with the Los Angeles Rams, barely had thought of a career in football at that point. ...