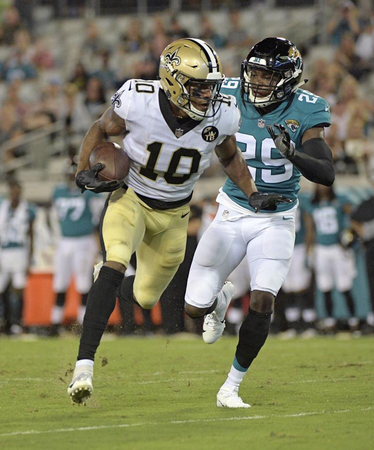 It was just a preseason game.

But for Tre'Quan Smith, the New Orleans Saints' 24-20 victory over the Jacksonville Jaguars still counts.

It's why one of Smith's assistant coaches at Central Florida sent him a text message after the victory.

Smith, who played on UCF's 13-0 team last season, hasn't lost a football game since Dec. 17, 2016, when the Knights fell to Arkansas State in the Cure Bowl.

The rookie receiver did his part in his first pro game, catching four passes for 48 yards. Smith's 25-yard reception in the fourth quarter set up a Taysom Hill touchdown run on the next play.