"Meanwhile, Robertson officially joins a crowded house of 2003 first-round busts among defensive tackles. In addition to Robertson, Jonathan Sullivan, Jimmy Kennedy, and William Joseph. The lone exception is Kevin Williams of the Vikings." 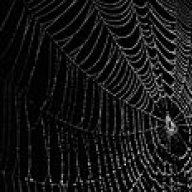 Offline
i know, and i don't know why some people here wanted us to waste our draft picks trading for him. he has been just a big a bust as sullivan, maybe not as bad because he actually plays. but with the money he received plus the years of frustration from jets fans waiting for him to be some sort of impact player, i am glad we didnt get him

LoneStarSaint said:
I found this pretty interesting at the end of a PFT update

"Meanwhile, Robertson officially joins a crowded house of 2003 first-round busts among defensive tackles. In addition to Robertson, Jonathan Sullivan, Jimmy Kennedy, and William Joseph. The lone exception is Kevin Williams of the Vikings."

The 2003 draft actually capped off an epically bad 3 year stretch of ridiculous overrated DT prospects including Gerald Warren (2001 #3 overall), Ryan Sims (2002), Damione Lewis (2001), Wendell Bryant (2002), Ryan Pickett (2001), all first round picks. I don't know what happened to the NFL FO's during that stretch but it's like they all collectively went stupid when it came to Defensive Tackles. The Jacksonville Jaguars managed to draft both Stroud and Henderson in that stretch though so kudos to them. 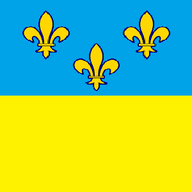 Offline
The 2003 draft was coming off the 2002 Bucs' SB win. The copy-cat model of the day was an emphasis on getting a front four that could maximize pass-rushing and collaspe the pocket from the DT position.

Offline
The funny thing is that a lot of these guys saw their stocks rise AFTER the season. In 2003, Robertson was relatively obscure, until he got buzz on his side and had some good workouts; Sullivan was a massive reach and anybody not in the Saints' FO knew it. Joseph was taken late in the round; he might have actually slipped a bit because he scored something dreadful on the Wonderlic; a 7 or something. Kennedy was a big prospect for a while; he actually slid in the draft, as many thought this guy could have gone as high as top-3 for a while. IIRC, he slid because of weight problems and conditioning. Ironically, the lone stud, Kevin Williams, was classified on many boards as a DE.

Ellis and Dorsey have been top-10 talents all along; I'm not worried about them.

Offline
Alot of those guys, and especially Sullivan, just kinda got lazy or complacent and just ate themselves out of the league (or out of the starting line up) Dorsey is a high motor guy if he ends up having a problem it wont be due to not having enough will power to push away from the table. I dont know anything about Ellis as I avoid watching USC football so I dont really have an opinion on him
Show hidden low quality content