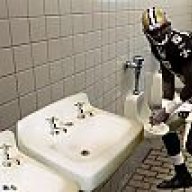 i agreed with that part at least....jordan jefferson/shep will be just fine, plus we wont have jarrett lee sniffing the field(7 or 8 pick 6;s were unheard of) u cant expect to have a great year with a qb like that 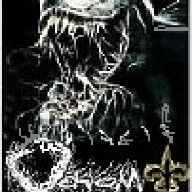 Loose Cannon said:
Loss to Florida
Beats Ole Miss
Can't imagine that they won't lose to Bama with the enormous coaching gap
And one more due to inexperience at QB and subpar coaching

Really? Reeks of a troll but I'll respond anyway.

Miles has had his questionable calls in games and decisions with his choice of quarterback throughout last year, but to say there is an enormous coaching gap is silly to me.

Sure Saban has an edge in recruiting but to me Miles is a better game coach than Saban. IMHO. He's proved it with the bowl games in his tenure at LSU and the "big" games years before, sans most of last years games.

I'm not a Saban hater like a lot of LSU fans. I respect and thank the man for building the program up to what it should have been for years and bringing them to a National title and winning. (Though that may not have been won had he been coaching against someone other than "Big game" Bob Stoops)

I do miss Saban's defenses. Wish LSU still had that going for them.

Anyhoo, I think they'll lose to Florida, just like every other team probably will. I'm not sure what other game they lose. Maybe Alabama but I don't see it with a new QB, a new LT, and starting RB. Then again, idk about the players they have replacing them. Could be All-Americans as far as I know. At any rate, they'll slip up against someone I'm sure.

All around this could be a fun football season for me.

Online
this thread has the potential to be great

BobE said:
this thread has the potential to be great
Click to expand...

That it does. Especially when other LSU fans get involved. I've seen/heard how some of these things go on talk radio and on here.

Offline
Gosh, I could see us going anywhere from 7 - 5 to 11 - 1. We are definitely the wild card in the SEC and pretty much write our own destiny.

In the end though, I think we are trying to fill too many holes with extremely talented, yet inexperienced players. I'm going to predict a down year by LSU's standards, but still pretty solid.

I expect to see massive progress made by the season after this one though. National championship by 2010 or 2011.

Online
The only team in the SEC that I feel is guaranteed to win 10+ games is Florida. I think LSU will drop 4 this season. The West is looking weak this year, but who knows.

who picks the tags? Thread starter?

Offline
I can't bring myself to predict a loss to Ole Miss, but the loss to UF is pretty much a lock. I can't see 'Bama beating LSU with worse QB issues than LSU has and LSU having the offensive edge in RB and O-Line. I think that one loss is entirely possible, but so is two. I can't find a third team on there to lose to.

Maybe Arkansas surprises, but I can't say this early. Alabama didn't impress me last year. Now that they have no QB, I can't give them more credit. UGA is in the same situation and AU is a good year or more from contending for the West. 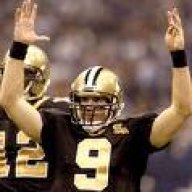 Offline
I really think this is a better team than last year, if only thanks to the improved quarterback play (it can't be worse, so I'll chalk it up as better). I actually kind of agree with LC, except the trolling Bama remark, but I think we have a better chance of losing to Ole Miss than Bama. I voted 10-2 because I'm a homer.

Offline
8-4. Losses to UGA, Florida and either Alabama or Ole Miss, but with a strong possibility of both.

Offline
I think LSU beats Florida, but trip up 2 or 3 times elsewhere.