The good news for them is that they returned Bradford and Gresham, and 9 of 11 starters on defense.
The bad news is that they replace just about their entire OLine (I believe I read somewhere that next year's projected starters have less than 10 total career starts) and WR group. Obviously Oklahoma reloads instead of rebuilding, but you have to worry about that offensive line, especially early in the season. Bradford's protection last year was just sick. He could sit back in the pocket, write a novel ,and then pass the ball (unless a Mr. Orakpo was on the field).

Despite the questions, Stoops is a good coach and they should be contenders. As it goes just about every year, it really will come down to that October weekend in Dallas.

Getting OK State at home is a blessing for OU. At Tech late in the season could be a test, as could @ Miami early. I actually think they have a better chance of dropping the game in Miami than Lubbock, but OU should be a heavy favorite in both.

All homerism aside, I'd say the Shootout is a coin flip. Miami and Tech are pretty strong OU leans. OK State is a decent OU lean but defintiely not a given. Kansas, Nebraska and BYU could give them a run.

I think it all really depends on if and when that OLine gels.

I don't think they'll make it unscathed. I do think they will drop one of the games other than Texas. I think Texas/OU is a tossup. Unfortunately I can't vote for 10.5-1.5, so I'll go with 10-2. 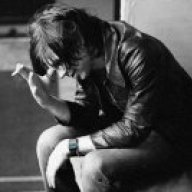 Losses coming aginst Miami and Texas. I'd love to see Tech avenge that shallacking they took last year, but I don't think that'll happen. The Miami loss is a long shot but I have a feeling.

Offline
only 2 teams that have a shot at beating OU and thats Texas and A&M
I think a more experienced Bradford and 9 0f 11 starters returning on defense, put OU in the BIG12 CG with 0 looses.....

Lose to Texas Tech and someone other than Texas, but beat Texas this year.
Show hidden low quality content