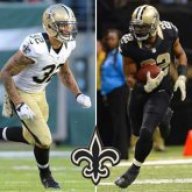 Offline
Since I've been here on SR the amount of threads where Saints' fans discuss (almost endlessly) who is better between Mark Ingram and Chris Ivory is absolutely ridiculous. The thing that strikes me the most, however, is how much "hatred" (even if someone tries to downplay it) can be perceived in the tense words that a lot of users continue to unleash against the former Heisman Trophy winner, even if #22 has done everything that the team asked for, especially considering the circumstances (a couple of minor injuries, no TC during his rookie preseason, no HC during his second preseason, a running back by committee approach and a lot of short yardage plays thrown in).

However the past is officially in the books and the overall situation is certainly more clear now, right before the 2013 NFL Season that will kick off tomorrow. Chris Ivory is with the Jets and should lead their running attack, even if a paltry preseason (2.0 YPC...you know, the same average that someone meanly tried to tag on Ingram over his projected yards for this year) already relegated him behind the anonymous Bilal Powell. Mark Ingram, on the other end, will spearhead the usual running back by committee in New Orleans, albeit with a heavier outlook for carries. Both of them are actually penciled as the second RB on the depth chart.

So the meaning of this thread is simple. Who will get more yards, more TDs, a better YPC average between Mark Ingram and Chris Ivory in the upcoming NFL Season? I'm ready to place a friendly, yet somewhat "valuable" bet with one (or more) of the Ivory' lovers. SR is full of these users, so I'm sure that at least one of them, given the ferociousness in bashing a Saints' player while still praising the one shipped to New York, will accept the challenge. Obviously I believe that Mark Ingram will have more yards, more TDs and even a better YPC average than Chris Ivory after 16 games (and barring any major injury, otherwise all bets are off). I'm waiting for you, Ivory' lover (and Ingram' basher)...I know you're out there. 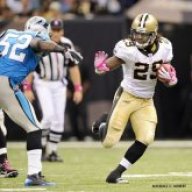 Offline
I voted for Ingram. Regardless of the talent they both have, the Saints O-line is far superior to the Jets O-line, as well as having a better offensive mind calling the plays, better blocking receivers, and a ridiculous passing game so that no defenses can stack the box properly. Ingram SHOULD have more yards/td's from these factors alone

Offline
Ingram no doubt, Ivory cant stay healthy as a fourth string RB he will not stay healthy being the number one or two guy .

Offline
Ivory has been hurt and averaged 2 YPC this preseason.

Ingram will be better. The Jets situation is a dumpster fire for a RB.

Offline
I am thinking Chris Ivory. Jet's QBs suck. They are going to have to run the ball. Ingram is part of a three rb attack. Powell is listed as the starter, but he is a third down back, and Ivory will get the majority of the carries. He will do better, if he can stay healthy.

Offline
If Ivory was the only RB in NY I would have gone Ivory...but Powell has looked better than Ivory in the preseason. Rex Ryan knows that his offense has no significant playmakers...so he is going to be gimmicky with his offense. Powell played "wildcat" QB a ton during the preseason.

Ingram will split carries between Sproles and PT...but Sproles really doesn't get a ton of carries. I don't foresee Khiry being a big factor unless injuries occur to PT/Ingram. I think that Ingram will be good for 800-900 total yards and 6-8 total TDs. That Jets offense will be pretty bad and will be catching up lots this season. Since it appears that Powell will be apart of the picture, I couldn't put Ivory down for more than 700-800 total yards and 6-8 TDs (assuming healthy throughout the season, which we all know is not very realistic).

Offline
I have no doubt Ivory is a better runner, but no doubt Ingram has better health. Voted Ingram. 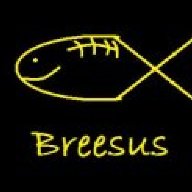 Offline
The issue is simply called Chris Ivory's hamstring. If it wasn't such a nagging issue, I believe the Saints would have never drafted Ingram or traded Chris Ivory. Ivory has all of the ability of a top flight NFL running back, however his inability to stay healthy is what forced the Saints hand.

I voted Ingram because I have more trust in him playing 16 games than Ivory. 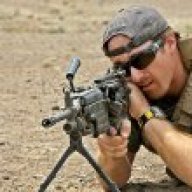 Offline
IMHO, Ivory > Ingram as far as running the rock. I voted for Ingram though, since there is more to being an NFL running back than just running the rock. The offensive system and O line is a big factor, as well. Jets are probably more of a run first team than the Saints, and even though Ingram is one of three running back options for the Saints, and Ivory is 2nd team for the Jets, Ivory has difficulties staying healthy when he gets into the game. I think the Saints will be playing with the lead more than the Jets so they will have more chances to run the ball as well.

Invictus said:
Since I've been here on SR the amount of threads where Saints' fans discuss (almost endlessly) who is better between Mark Ingram and Chris Ivory is absolutely ridiculous.
Click to expand...

So, by all means, let's start yet another Ingram/Ivory thread.

Offline
If he is healthy it will be Ivory. You even said it, we run by committee and that just doesn't bode well for a RB who thrives on multiple carries to get warmed up. With that being said I hope I am wrong, wrong, wrong on this. I still love Ingram and hope he can be the back we drafted him to be. I know he is very talented but I just don't think he will get enough of the load (We have 5 RB's on the 53!!...again!!) to get in that grove. He will contribute but to think he will get over 1K yards this season is a pipe dream at this point. He may get two carries per 4 downs and that is pushing it. Now if we get two scores ahead or more this will be when he will see his touches increase. But if not expect to see Sproles, and PT sprinkled into our offensive snaps often.

Offline
Looking at some of the responses, what's considered better?

If you are just asking about yards it's a toss up. YPC, Ivory is going to have a heck of a time putting up good numbers in that offense. I could see him under 4.

So who is a better NFL running back? I honestly think Ivory is. Who is going to hold up for a whole season, and who can you be pretty sure will be available for the playoffs? Ingram, for sure. In this case, reliability (and the investment of a first-round draft pick) won out. "Reliably unspectacular" is better than "good but unable to stay on the field."

Offline
And here I thought these MI v CI threads were a thing of the past. Tsk tsk tsk

Offline
Ivory is going to have his toughest challenge ever staying healthy facing 8 man fronts all year with absolutely no threat of a passing game whatsoever, it's even worse than the AP situation in Minnesota as their passing game is far superior to the joke in New York (never thought I'd say that about Min but in this comparison its the truth). So yeah while Ivory is no doubt the better and more talented runner, if you are going to bet yards on a season then its Ingram in a landslide.
Show hidden low quality content