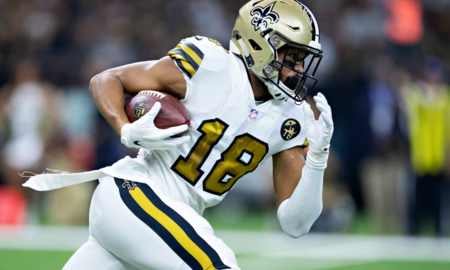 We continue our end of season reviews at Saints Wire with wide reciever Keith Kirkwood. Kirkwood is entering his third year in the NFL, which started as a practice squad call-up back in 2018. During that 2018 season campaign, the rookie wide receiver played in just eight games but finished the year third on the wide receiver corps in receptions and yards, and was second in touchdown receptions.

After a disappointing 2019 campaign waylaid by a serious hamstring injury, Kirkwood will spend this next offseason rebuilding his value in hopes he can make an impact next season.

Expectations were high heading into Kirkwood’s 2019 season, and he looked to have an expanded role in the offense. Instead, during Week 1 against the Houston Texans, Kirkwood exited the game after 12 snaps and would never return to the field in the 2019 season. During those 12 snaps, Kirkwood was not targeted, and therefore we don’t have even the slimmest of sample sizes to work from in regards to his performance. However, he did try to return from the injured reserve late in the season, but ultimately the Saints decided to hold him back after some sort of setback.