Offline
Sticky Post
Hello. I am new here. Pleasure to meet everyone. Below is a link with a list of 2019 free agents. I am curious as to who you would like Sean Payton & company to sign?

Offline
First off I would like to see us take care of our own FA's first, especially Mark Ingram, we need to get him re-signed ASAP. Hopefully we can get Michael Thomas extended for another 3-4 years. Re-sign the people we need to re-sign on defense to keep the core players together. Also re-sign the players we need to re-sign on the O-Line so we can continue to have the continuity and cohesiveness to keep Brees protected for another season and Super Bowl run.

I believe once Meredith is healed up and with Tre'Quan Smith & Keith Kirkwood getting all this game experience and another offseason in the offensive system, along with Thomas and Ginn, we should be good at the WR position. We could use a late round pick on someone with burner speed to take the top off the defense and have him develop and learn the offensive system for a season. Ginn has at least one more good season left in him.

I think we need to look at getting a TE in FA. Jesse James would be my choice. He's a big target with decent hands and a good blocker. He's one of the better all around TE's in the league. He won't come cheap, but I don't think we'll have to break the bank for him either. I would also draft a TE if one is there and the value is there at our pick in 2nd round.

We also need to get a versatile O-Lineman that can play multiple positions along the O-Line. I think Ty Nsekhe would fit the bill in FA. He would be a good upgrade and inexpensive, he's been here before. We also need to draft an O-Lineman. If we can't pick up a TE with our 2nd rnd. pick we could pick an O-Lineman here or in the later rounds and let him develop. We've done a very good job over the years at drafting O-Linemen in various rounds.

On defense we could use a CB, S, LB & DT in that order. I wouldn't mind bringing in Tyran Mathieu for veteran leadership and experience. I believe he would be a better upgrade to Coleman. Other than that I believe we are pretty good at the Safety spot. Von Bell really turned it on this season. We also have Marcus Williams and Chris Banjo.

Cornerback is another position that worries me and we need to get some quality depth at. We have Lattimore, Apple, P.J. Williams, Ken Crawley, Justin Hardee & Josh Robinson. We also have P-Rob coming back from the IR, but he is no spring chicken. Hopefully he can bounce back from his injury. Don't know who will be available in FA, maybe our best bet would be to get one in the draft, don't know what round would be the best to get one.

I know this may be a luxury, but I would like to see us pick up another DT in our rotation especially if we don't re-sign Davison. We have Bromley on the IR who was here on a one year deal, so we could lose him too.The only ones that stick out in FA are Darious Philon and maybe Danny Shelton. I liked Shelton coming out of college. Shelton hasn't lived up to his potential. But just look at what our D-Line Coach Ryan Nielsen has done for Rankins, Oneyemata and Davison in 2 seasons. I believe he may be able to bring out the best in Shelton.

Just my 2 cents about a few upgrades we could use this offseason.
Last edited: Jan 10, 2019

Offline
I think we need to preserve our cap space. A lot of talent is going to need big contracts starting after the 2019 season.

Also, we don't have any major players hitting FA. The only names that stuck out were Teo, PJ Williams, Lutz, Banjo, Watson, Ingram, TLL.

We have some big contracts coming in 1-2 years that we need to budget for though!

saintbilly25 said:
Golden Tate would be great in this offense. He would be the perfect #2 WR.
Click to expand...

Offline
I don't think we'll have much cap to bring in the names I notice on the list. That is considering we attempt to resign Ingram and Bridgewater. Luckily I don't think we have to shoot for the moon at a position. Just bring in some security at positions.

WR - We'll have a lot of options next year but no sure things besides Thomas. Bring in a Vet that can be healthy and compete. It doesn't even have to be someone that will guarantee to make the team. You may have Ginn give you another year, Merideth recover, Bryant recover, TQS step up and/or Kirkwood step up.

OL - Just need a backup swing tackle. Someone that can spot fill. Maybe even a guy like Newton can do the job if recovered. Depending on what happens with Peat we could have G open up. I like our in house options but could bring in some competition. I'm hoping he just resigns for less.

TE - This is one spot where it would be nice to spend some money but they might not be able to. If the WR group has some good news it won't be a huge issue. Just bring in the best guy you can with the remaining cap you have.

DL - If Okafor doesn't come back you may have a spot to fill. Hendrickson is a decent talent to have inactive (though not all-around like Okafor) and Davenport should take a step up, maybe just a cheap vet run defender type if that's the case. I'm happy with the DT's, maybe depth competition.

LB - I'm happy with the starters. Could be improved but doesn't need much. Maybe depth competition.

S - I'm okay with the safeties even though I think Coleman is overpaid. If he gets cut we should be able to replace him with the cap savings.

CB - Keep these guy developing and resign PJ. Always nice to add corners but they are usually expensive unless they are just depth. PRob could be healthy next year also.

So a low cap WR, T and TE too fill needs. Maybe a low cap DE and S if need be. Look to the limited draft resources if you want to try and add talent.

Offline
It will be interesting to see what happens with Teddy and Peate first.
Peate's 9 mil 5th year option is on the books for next year. Lets see if they find a LG replacement for a lower 2019 cap hit.
Then get a swing Tackle backup.
Teddy no idea what they will do about him. Low 2019 cap hit with a bonus spread over length of contract.
Sign Ingram.
Sign PJ.
How much is left I have no idea. Loomis will do his magic. We have a ton of cap space in 2020 so that will give some wiggle room.
Backup LBers need to be signed.
TE after that.
Saftey.
Saints use FA to fill holes and draft BPA.
So I see them getting a TE in FA. 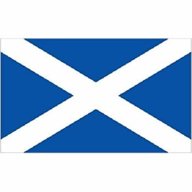 Offline
Welcome to the site, its a great place!

I'll revisit this thread once our current team win the Super Bowl in a few weeks, too busy focusing on that rather than next season. 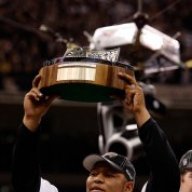 Taker597 said:
Curtis Samuel needs to hurry up and become a free agent and come down to NO
Click to expand...

Why? He’s done jack in Charlotte

Humperdoo said:
I’d love to have Tate.
Click to expand...

Yes. He plays with a chip on his shoulder, not unlike another WR we might be familiar with. He is also very difficult to tackle with his shiftyness.

Lol.... Lol. Look at analytics stats in par with his usage. He is a touchdown machine. Him getting on the field is a Ron Rivera issue.

Taker597 said:
Lol.... Lol. Look at analytics stats in par with his usage. He is a touchdown machine. Him getting on the field is a Ron Rivera issue.
Click to expand...