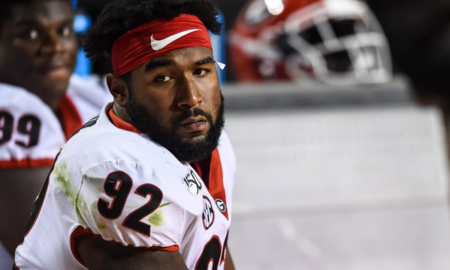 Snubbed by this year’s NFL Scouting Combine, Barnett hoped to show out at Georgia’s pro day before it was canceled due to the novel coronavirus. The 6-foot-4, 304-pounder is a dark horse to be picked in the final rounds of the 2020 draft after posting a career-high 24 tackles last season. He played sparingly in the years before, having been buried on one of college football’s strongest depth chart.

It makes sense for the Saints to be doing their homework on players like Barnett. They’ve had success with these undrafted big men out of the SEC before, counting contributors like Devaroe Lawrence (Auburn), Taylor Stallworth (South Carolina), and Shy Tuttle (Tennessee) among the gems found in the rough. Lawrence signed with the Saints as a college free agent before getting traded to the Cleveland Browns for a draft pick, while Stallworth saw meaningful snaps in 2018 (19.8 plays per game) before Tuttle’s arrival in 2019 pushed him down to the practice squad.