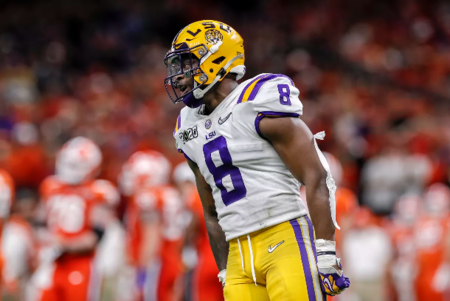 The LSU linebacker would patch a big hole in the New Orleans defense.

Perhaps no team needs the NFL season to happen more than the New Orleans Saints. Longtime quarterback Drew Brees has already picked his post-NFL employer, so he could very well have just one season left in him.

If that’s the case, the Saints need to push all-in to win Super Bowl 55. That means adding a couple more players on defense and at least one receiving option.

Chris Dunnells, representing the Saints and Canal Street Chronicles in the SB Nation NFL writers’ mock draft, has a decision to make. Does he go for a player who makes an impact now, or does he look toward a future replacing Brees?

In our last pick, the New England Patriots passed on the chance at taking Oregon quarterback Justin Herbert. Surely this is where he goes, right? Wait, what ...