2020 NFL Preview: Saints are back but a lot depends on Drew Brees, on and off the field (1 Viewer) 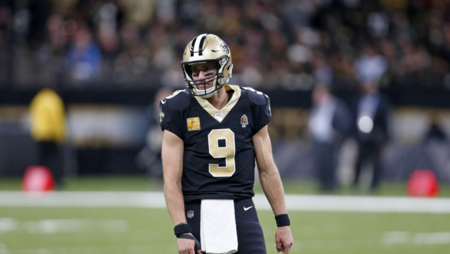 The New Orleans Saints have made history in each of the past three seasons. Not the good kind.

Three years ago, Minnesota Vikings receiver Stefon Diggs scored one of the greatest touchdowns ever, the first in NFL playoff history to win a game as time expired. Two years ago, a horrendous missed call on Los Angeles Rams cornerback Nickell Robey-Coleman caused a rules change that allowed coaches to review pass interference, though that was eliminated after one season. Had that call been made, the Saints would have gone to the Super Bowl.

By comparison, an overtime loss at home in the wild-card round last season wasn’t that bad.

The Saints are 37-11 the past three seasons and have two playoff wins and three ridiculous playoff losses to show for it. When Kirk Cousins led the Minnesota Vikings to an overtime win at the Superdome to end the Saints’ season in January, it added another chapter to their tragic story. You won’t find another team that has had such playoff heartache in three straight seasons. ...