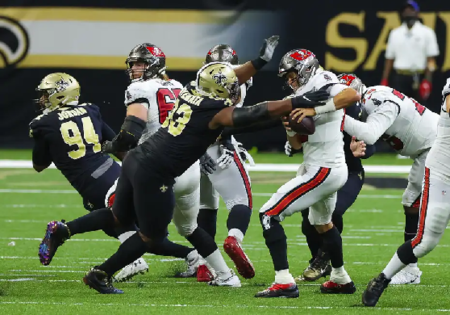 I recall a story about Sean Payton being in his backyard, drinking a beer, and thinking about his team's future. New Orleans was coming off an 8-8 season under Payton. The team performed well at home in the Superdome but struggled in tight contests on the road. Why? The Defense. The Saints had defensive talent, but the players needed someone to mold, shape, refine, and define their identity. He made the call. The call was to Gregg Williams.

Payton parted with some of his salary to bring Williams into the Saints family. The rest is history. One Super Bowl championship, one football scandal, broken allegiances - you get the picture. But Payton knew Williams could develop a championship-caliber defense.

The antithesis of Williams' personality lies within current defensive coordinator Dennis Allen. In Allen's second stint with the Saints, he has carefully crafted a winning defensive unit of his own. With rising assistant coaches like defensive backs coach Aaron Glenn, defensive line coach Ryan Nielsen, linebackers coach Michael Hodges, and defensive assistant Michael Wilhoite and others, Allen has positioned the 2020 New Orleans Saints defense as "scary good" in the NFL.