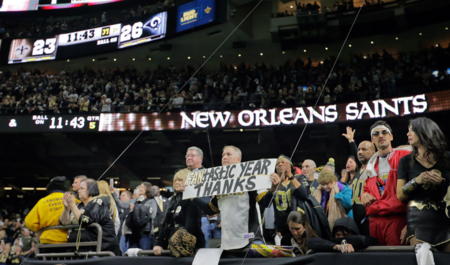 In New Orleans, Sunday (Feb. 3), will be a day of block parties, second-lines and concerts with neighborhood bars festooned in black and gold as they host New Orleans Saints festivities to celebrate the hometown team.

Well before New Orleans Saints quarterback Drew Brees encouraged the team’s fans to take the high road, they were doing just that.

In response to what sports columnist Jeff Duncan called “one of the most egregious non-calls in NFL history,” referring to the lack of a pass-interference penalty in the Jan. 20 NFC Championship game that allowed the Los Angeles Rams to make a comeback and win, New Orleans fans began planning parties.

There is no formal agency pulling this city together. New Orleanians just grabbed an oar and got this city moving in a positive direction.