22 Saints who are due to become free agents (1 Viewer) 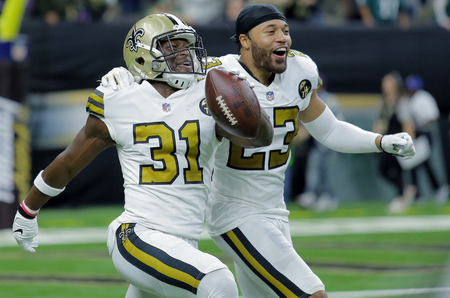 The New Orleans Saints will need some time to recover from the emotional toll of Sunday's heartbreaking loss to the Los Angeles Rams in the NFC Championship.

However, the NFL is a business above all else, and the offseason means the Saints brass has some decisions to make about the roster.

Surely, after a 13-3 season that included an NFC South title and the No. 1 seed in the postseason, Saints general manager Mickey Loomis will try to keep much of the roster intact while still seeking upgrades in free agency or the draft, though the team currently lacks picks in the first, third and fourth rounds.

With the Saints season over, here's a roundup of the players set to become free agents when the league year begins on March 13. Many of them are likely to return on inexpensive deals, but there's a chance others won't be back. ...