Online
It definitely wll be the most discussed.

Offline
Definitely feels like we are at a fork in the road for the first time in many years. The decisions made will determine if the Saints remain a contender or become mediocre or worse. 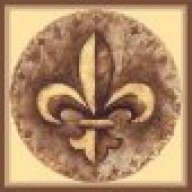 Online
It will certainly be interesting to say the least. Curious to see how things unfold and see if there really is any room for Loomis to work his magic.
Show hidden low quality content