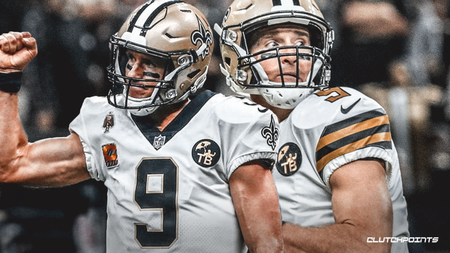 The New Orleans Saints will host the defending Super Bowl Champion Philadelphia Eagles in the NFC Divisional Round. New Orleans locked up the number one seed and will have the luxury of playing their games at home. The Eagles will be on the road for the second straight week.

Philadelphia previously escaped with a win in Chicago after a missed field goal kept the magic of Nick Foles alive. That magic time might be running out as they prepare for a game in New Orleans.

The Eagles and Saints squared off in New Orleans on November 18. That game saw the Saints cruise to a 48-7 win. Drew Brees finished with 363 yards and four touchdowns while Carson Wentz threw three interceptions. Mark Ingram ran for 103 yards and two touchdowns while Alvin Kamara added 71 yards on the ground. The Eagles could not get anything going offensively and the Saints took advantage of a shaky defense.

The Eagles have had some playoff magic behind Nick Foles who will start this time around in New Orleans. There is a sense of confidence in the Philadelphia locker room when Foles takes the field, but this might be too much to overcome. ...