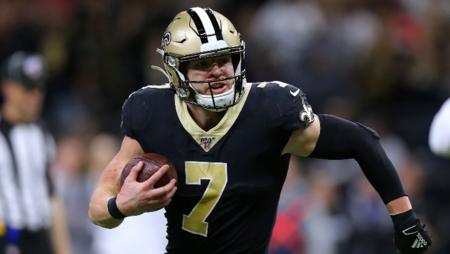 The deadline for unsigned restricted free agents to sign offers with a team is this Friday, meaning that anyone who wants to sign New Orleans Saints utility player Taysom Hill only has a few days left to weigh the pros and cons. One MAJOR detriment that would come from prying Hill away from the Saints would be the fact that whomever signs him would have to part with a first-round pick. These three NFL teams might be so backwards from a front-office perspective that they might be crazy enough to pull this trade off.

Joe Douglas is the GM, but head coach Adam Gase has a lot of say when it comes to personnel matters. The Jets need a backup quarterback behind Sam Darnold, as well as someone who could make Darnold's life easier as a receiver, and Hill could fill both of those roles, to varying degrees of success. The irony of the Jets signing Hill would be how Gase would likely manage to make him ineffective in his Swiss Army knife role, cut him after a year, and watch him succeed elsewhere, as is Gase tradition.