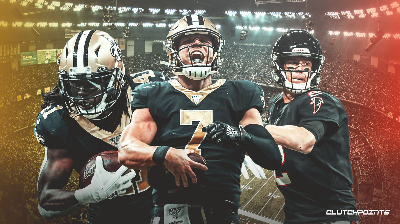 The 7-2 New Orleans Saints will host the 3-6 Atlanta Falcons in Week 11 at the Mercedes-Benz Superdome.

While the Saints are favored to win the game, the team’s offense is going to look much different since superstar quarterback Drew Brees is out with five broken ribs and a collapsed right lung. New Orleans will be starting Taysom Hill over Jameis Winston, and everyone is looking forward to seeing what Hill can do as the full-time QB instead of his usual role as a gadget guy.

The Falcons, who have one of the best offenses in the NFL with Matt Ryan and Julio Jones leading the way, are coming off their by week in Week 10. Atlanta enters the Saints game on a two-game winning streak. They defeated the Carolina Panthers in Week 8 and the Denver Broncos in Week 9.

With the Saints-Falcons game almost here, let’s take a look at four bold predictions for the contest from a New Orleans point of view.

Tuesday at 5:49 PM
Dan in Lafayette