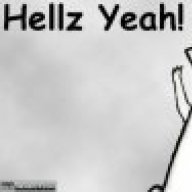 Offline
Don't know if this been posted. If so, for those that missed it like me...

Exhibit A: The Saints' receiving corps.

Marques Colston and Lance Moore ran times of 4.55 and 4.52 in the 40 coming out of college. Devery Henderson and Robert Meachem, meanwhile, blazed times of 4.37 and 4.39. Henderson was drafted in the second round of the 2004 draft. Meachem was a first-rounder in 2007.

Colston went in the seventh round and Moore was undrafted, although an injury as a senior contributed to his draft demise.

Colston and Moore combined to catch 126 passes for 1,688 yards and 15 touchdowns last season. Henderson and Meachem had 44 for 1,082 and six scores. The numbers would have been even more impressive had Colston not missed six games with an injured thumb.

"I definitely think it's overrated, and I'm not just saying it because I'm not the fastest guy around," Moore said. "So much more goes into playing Football than just running the 40. It's crazy there's so much emphasis put on something that you're basically going to do just one time."

Offline
Henderson and Meachem seem to run 4.2 40's in pads

I agree the 40 is terribly overrated, but it's not completely useless.

I agree the 40 is terribly overrated, but it's not completely useless.
Click to expand...

I agree the 40 is terribly overrated, but it's not completely useless.
Click to expand...

Offline
That 40 time is what makes these guys money... Heyward-Bey is another example.

Offline
The 40 is just a benchmark, not a predictor. I'd of been an All-American if I'd been just 5 seconds faster in the 40.

Offline
It was noted on earlier threads on this topic that Colston had the fastest
time at the 10 yrd mark. That may have been what caught the attention of the coaches
plus his obvious skills. Our LB Stanley Arnoux ran a 4.61.

Marques Colston and Lance Moore ran times of 4.55 and 4.52 in the 40 coming out of college. Devery Henderson and Robert Meachem, meanwhile, blazed times of 4.37 and 4.39. Henderson was drafted in the second round of the 2004 draft. Meachem was a first-rounder in 2007.
Click to expand...

4.55 is a solid 40 time for a guy 6 foot 4 230 pounds like colston. 4.52 isn't a bad time either. The 40 predicts exactly what its supposed to predict. No one ever said it should be used to measure football ability. It measures speed which is something does matter even though it isnt everything.

Offline
For a player like Moore and say a Wes Welker who make their living running 5, 10 & 15 yard patterns, the 40 time isnt important compared to their quickness. But I agree, it is a benchmark. Plenty guys have been blazing fast but run bad routes and have had bad hands, so a good 40 time definately doesnt translate into automatic success and vice versa.

Saint Droopy said:
That 40 time is what makes these guys money... Heyward-Bey is another example.
Click to expand...

Yes, I think the writer is pointing out that guys are being drafted almost solely on their 40 times. Oakland is a prime example of that. So the fast guys are getting the big bonuses while the Welkers, Colstons, and Moores are largely being passed over in the early rounds.

Offline
They should time them in the 40 in pads.

Offline
They should base the times off of 100 yards... see how many can make it.

Offline
I've read that they started timing players at 40 yards because that was the average distance they'd run covering punt returns. They should time them with pads and make them tackle a guy.

Offline
It sure didn't look like Malcolm Jenkins was running one of his 4.54, or 4.55 on Sunday when he ran down the returner for the Lions. If he runs a 4.4 anything at the combine IMHO, he does NOT fall to us at # 14.
Show hidden low quality content