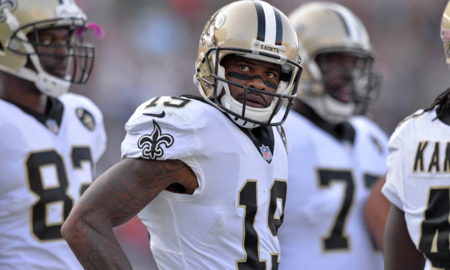 The New Orleans Saints have dozens of tough decisions to make in the next few months. They’re facing a large group of pending free agents, with several starters and many big contributors among them. New Orleans is going to be dealing with limited salary cap resources again this year, but the 2020 signing period could be the first time the team has really been limited by it.

Not all of their free agents should return. Whether it’s because they’ve played themselves out of the Saints’ price range or have disappointed by not playing as well as expected, some Saints will be looking for new squads in March. Here are our five picks for players who shouldn’t re-sign, for one reason or another.
Ted Ginn Jr., wide receiver