5 Players the Saints should sign for Training Camp (1 Viewer) 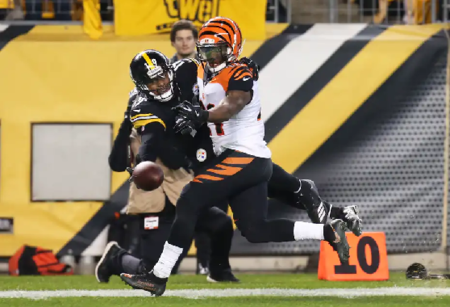 The arms race in the loaded NFC continued on Saturday when the Seattle Seahawks traded S Bradley McDougald and two 1st round draft choices to the New York Jets to acquire All-Pro S Jamal Adams. The New Orleans Saints already have perhaps the deepest roster of talent in the league, including a defense capable of stopping the NFL's best offenses. While that defense has talent deep into its depth chart and a Pro Bowl-caliber player at nearly every position, HC Sean Payton is not shy about making bold moves to strengthen his squad. It seems unlikely that New Orleans would pull off a trade, but there are several defensive stars still available on the free-agent market that could elevate the team’s excellent defense to an elite level.

The 28-Yr old Dennard had spent his first six years with the Cincinnati Bengals. He was the 24th overall pick in the 1st round of the 2014 draft. He played in just nine games last year (starting 5) and has 3 career interceptions, 22 passes broken up, 3 forced fumbles, and 3 sacks. He allowed just 48.6% completion percentage when targeted in 2019 and surrendered only 1 touchdown pass. Dennard is at his best in slot coverage, a weakness of the Saints defense in recent seasons. Chauncey Gardner-Johnson was outstanding in that role as a rookie last year, but veterans P.J. Williams and Patrick Robinson have been targeted by opposing quarterbacks with frequent success.