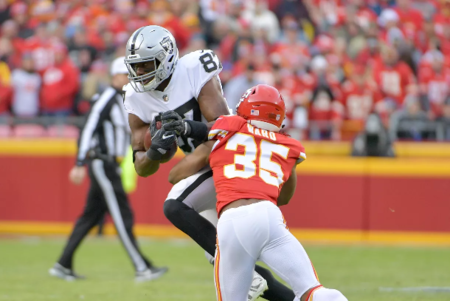 Our friend Levi Damien over at SB Nation’s Silver and Black Pride on the Oakland Raiders, was kind enough to answer a few questions about one of the new additions to the New Orleans Saints: TE Jared Cook.

Jared Cook had a career year in 2018, posting season bests across the board. Was there a sign this was coming in 2017, or did his 2018 performance come out of nowhere?

There were signs. They began in Green Bay in 2016. If you look at what he did over the final few games of the season for the Packers once he returned from his injury, he was playing at an elite level. He continued that play into the postseason, including the catch along the sideline against the Cowboys that earned the Packers a trip to the NFC Championship game and that playing winning an ESPY.
Cook may not have had the Pro Bowl numbers in 2017 that he did in 2018, but he still led the team in receiving, so he was clearly already Derek Carr’s favorite target. His jump in success in 2018 had a lot to do with Jon Gruden’s offense which features the tight end a lot.
Click to expand...