7 round mock draft with comp picks, using only prospects the Saints have met with (1 Viewer) 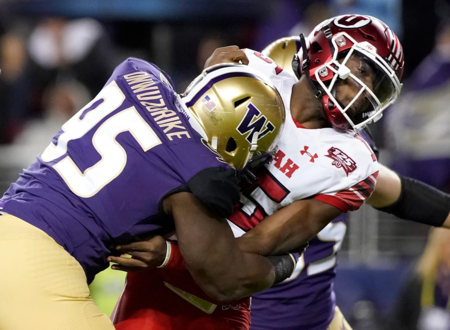 Reports are updating every day with news of meetings between the New Orleans Saints and 2021 NFL draft prospects (which we’re tracking here), but how much do these virtual interviews matter in the greater scheme of things? With no combine and fewer pro days than normal due to the continued coronavirus pandemic, it’s anyone’s guess as to how much those conversations will weigh into final evaluations.

But it’s an opportunity for a twist on another predraft exercise: a Saints mock draft, centered on their picks in each of the seven rounds. That’s tricky enough as it is given New Orleans’ lack of picks in rounds three, five, six, and seven, having traded some selections in past years and lost others in response to COVID-19 protocol violations. And while the Saints are projected to receive a couple of compensatory draft picks, those extra choices have not been announced by the NFL just yet.

So let’s take an already-complicated process and limit our choices to players the Saints have met with. New Orleans’ decision-makers work with a draft board of prospects that meet certain criteria after studying college game tape and meeting with players and their coaches, so this is kind of a realistic scenario (even if the Saints’ eventual draft board will have many, many more options than the 20-or so names we know they’re linked to). The Draft Network has created a valuable mock draft machine to simulate picks by every team, which I used to create this mock draft. Let’s get into it: ...