7 takeaways from the Saints' preseason rout of Rams (1 Viewer) 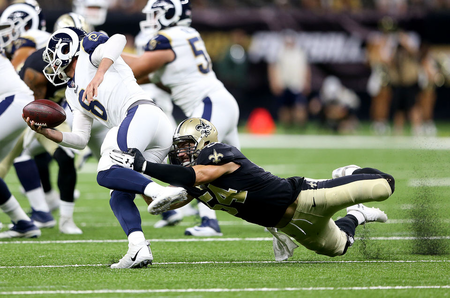 The New Orleans Saints continued to showcase promising defensive depth in a 28-0 win over the Los Angeles Rams in their exhibition finale Thursday (Aug. 30) at the Mercedes-Benz Superdome.

Taysom Hill and the running game also looked good in a game in which many bubble players made their case for a roster spot.

Here are 7 observations from the game:

Nate Stupar had one of the most impressive preseason performances in recent memory, making huge plays throughout the night in the New Orleans Saints' rout of the Los Angeles Rams in the preseason finale Thursday (Aug. 30) at the Mercedes-Benz Superdome.

Seven tackles. Three sacks. Three tackles for loss. One interception. One fumble recovery. It’s an incredible stat line, especially for a player who was on the bubble coming into the preseason finale. ...