SARASOTA, Fla. — Responding to a more than one-third hike in bank robbery, the Florida Bankers Association is urging its members to adopt new rules.

Not additional guards or cameras, but a dress code for customers.

The group rolled out a "No Hats, No Hoods, No Sunglasses" program, which includes lobby signs asking customers to remove those items before approaching a teller.

Those who refuse would be directed to an area with more security or a more experienced teller.

The dress code is optional, and some banks say they have no plans to adopt it. Wachovia, among the largest banks in Florida, is one of them.

"We realize and recognize that there are circumstances, such as religious traditions, that might make this offensive to some of our customers," Wachovia spokeswoman Kathy Harrison said.


When it was 19 degrees this morning I thought about going to make a deposit with my neoprene face mask, black hat, black ski pants and black snow jacket zipped all the way up but didn't feel like shouting "don't shoot me bro" since Jackson can't afford tazers. 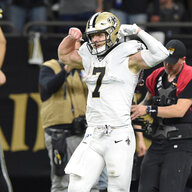 Offline
I would switch banks

Offline
Yep I see the ACLU or CAIR getting all over this one when the first hijab wearing woman is told she cant go to a teller. Remember the stink when they wouldn't let a woman get a drivers licesnce picture wearing a burkah.
Show hidden low quality content