'A pro's pro:' How Saints TE Ben Watson built a name for himself on field, in locker room (1 Viewer) 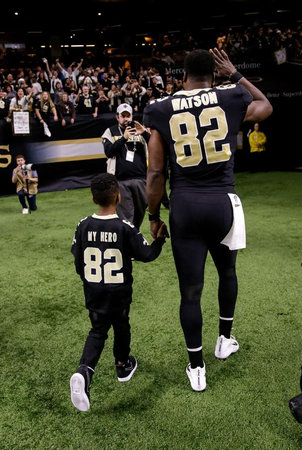 Ben Watson was hoping to play one final game in the Mercedes-Benz Superdome.

But the New Orleans Saints tight end, who announced in late December that he will retire at the end of the season, likely won't get to.

An ESPN report Friday says Watson is "out" for Sunday's NFC championship game against the Los Angeles Rams because of appendicitis. Watson didn't practice Wednesday and Thursday but was at practice Friday. The Saints' injury report, which came out later in the day, listed Watson as "questionable."

It's unclear if Watson's illness will require surgery, which would mean he would miss the Super Bowl if the Saints get past the Rams. ...

Video Saints vs. Texans: What To Watch For