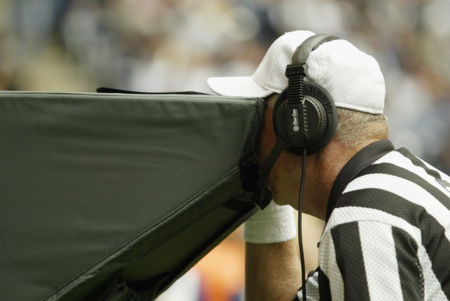 Before Sunday’s Super Bowl, fans may want to get up to speed on all the ways referees can get it wrong.

Down in New Orleans (and beyond), they’re still insisting that this year’s Super Bowl is tainted. The cause is a horrendous call that, as tout le monde knows, sent the Los Angeles Rams rather than the New Orleans Saints to Atlanta for this Sunday’s Super Bowl against the New England Patriots.

What went wrong? Here, the academic literature may help. The cognitive biases that may influence the outcome of a game are one of the most widely studied aspects of professional sports — and some of what’s been learned may prove instructive: The error might come down to something as simple as who was standing where.

First, some background: Even people who care nothing about football may have seen replay after replay of the Saints receiver being clobbered, helmet-to-helmet, by the defender in the waning moments of the playoff game two weeks ago. Had a penalty been called, the Rams would have had only a 2 percent probability of winning. But officials did nothing. So open and notorious was the error that NFL insiders are apparently talking of little else in Atlanta this week. ...