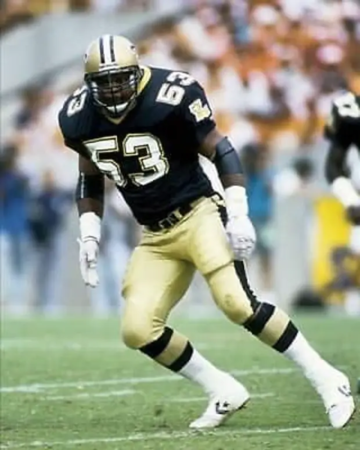 The New Orleans Saints lost a member of the family on Thursday when former linebacker Vaughan Johnson passed away at age 57 due to kidney disease. Johnson, a member of both the Saints and Louisiana Hall of Fame, was a star on a New Orleans defense that dominated the NFL from 1986 to 1993. He was a key member of the famed “Dome Patrol” linebacking corps that included Pat Swilling, the late Sam Mills, and NFL Hall of Famer Rickey Jackson. I caught up with a few of Vaughan’s former teammates and opponents; Here’s what they had to say about their fallen friend. ...

“Wow! Vaughan was not only a great player but like Rickey Jackson said: ‘For as ferocious as he was on the field he was more laid back off of it’. He was a great teammate and hilarious friend! I loved hanging with Vaughan off the field. He was extremely intelligent, which he proved with his business ventures post-football. Everyone thought he was the athlete and Sam Mills was the intellect when in fact they were the same player just different heights.”