AAFL...anyone know more about it. (1 Viewer) 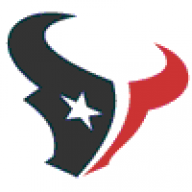 Offline
I was watching Fox Sports Net this afternoon and they were discussing a new football league starting up...AAFL (All American Football League). Its supposed to be for players who have graduated college and still want to play, but did not make cut for the NFL. They were making it sound like they are attempting to keep the players from a certian region to play in that region. Teams consist of Texas, Florida, Arkansas, Alabama, Michigan, Tennessee, etc. Anyone else hear anything about it?

Offline
Have not heard of it but it sounds interesting. The whole regional thing might get people to actually care about these teams and tune in unlike NFLE, XFL, etc. If they had a MS/LA team I'd definitely tune in and pull for them. Maybe we will finally have some football to ease the agonizingly long NFL and NCAA off season.

Offline
Draft is tomorrow at 11am. I'll be watching to see what players go where so I can pick a team to pull for based on players I like since there is no LA/MS team. Maybe on day there will be if the league is successful.

Offline
This is an interesting concept.
Your team is determined by the area you went to college, and the teams are made up of players who didn't make it in the NFL and players who are too old for it.
The likes of NC winning QB Chris Leak, former NFL reciever Peter Warrick are playing for the Florida team.
This one might actually take off.

Offline
The draft is on Cox Sports right now.

Offline
Well, Marcus Randall is the only LSU player on a roster(Team Arkansas) but Arkansas has a plethora of Louisiana players and Alabama has a bunch of Mississippi players.

I'll be checking it out.
Show hidden low quality content