Aaron Donald is ready for rematch with Saints: 'We expect a dogfight' (1 Viewer) 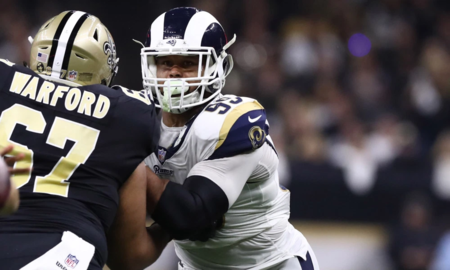 With four meetings in the last three seasons, the Los Angeles Rams and New Orleans Saints have grown to become bitter rivals. It doesn’t help that the Rams knocked the Saints out of the playoffs due to a controversial no-call in the NFC championship game last postseason, adding to the fierce competition between the two teams.

They’ve split the last four meetings, with the Rams winning the most important one in January. And on Sunday, they’ll meet again, this time at the Los Angeles Memorial Coliseum.

Aaron Donald has grown accustomed to facing the Saints and he knows exactly what to expect from Sean McVay’s squad: “a dogfight.” ...