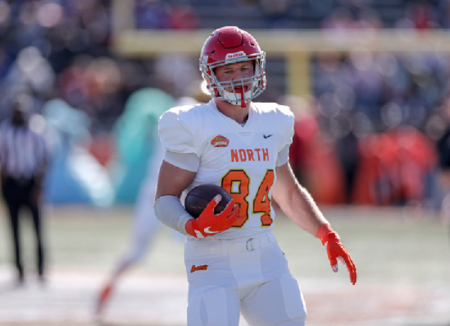 After the New Orleans Saints signed two-time Pro Bowl wide receiver Emmanuel Sanders in free agency, it was unclear if the organization would prioritize adding more offensive weapons in the 2020 NFL Draft. Then on day two, New Orleans traded all four of their day three picks to select tight end Adam Trautman in the third round.

While the Saints already have a good tight end group in Jared Cook and Josh Hill, there are plenty of ways Trautman can boost their passing game in 2020.

Even though New Orleans gave up a lot of draft capital to select Trautman, he was a steal in the third round. He was perhaps the closest thing to a complete tight end in the 2020 Draft, projected by many analysts to be selected in the second round. Trautman faces a tough transition from Dayton University, a non-FBS school to the NFL. However, his college game tape illustrates why his ceiling is so high.