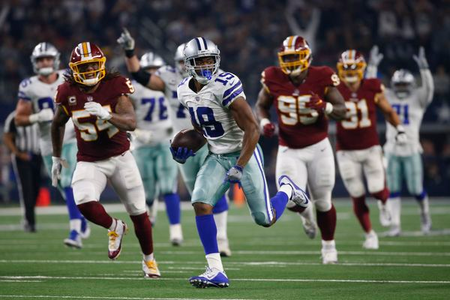 It is a play like the one Amari Cooper made in the second quarter against the Redskins on Thanksgiving that stand out to New Orleans Saints safety Kurt Coleman.

Cooper was 21 yards past the line of scrimmage when he caught the ball between three Redskins defenders. He spun out of a tackle attempt by Washington’s Fabian Moreau, pivoted, and out-ran everybody else for a 90-yard score.

That, Coleman said, is No. 1 wide receiver stuff. That is also what the Cowboys were missing earlier in the season, and it is why their offense needs to be approached with a little more caution this week.

“It’s what they’ve been looking for all season, and now that they’ve got it and now that Amari’s getting more comfortable in their offensive scheme, I’m sure they’ll continue to open up the plays for him and try to feature him a little more,” Coleman said. ...