Offline
Interesting article on Football Outsiders: "2018 Adjusted Games Lost: Part I". Calculating how many games each team lost to injuries shows a dramatic decrease for the Saints from 2017 to 2018: we were ranked 6th vs. 24th with roughly half as many games lost.

This is something we all knew, but is now quantified.

Looking forward to similar luck for the Saints in 2019 (knock on wood, poo poo poo, bli ayin hara, or whatever you happen to say to ward against bad luck and the evil eye).

Offline
So much of success in the NFL stems from lack of injuries. That's why depth is so important.

Offline
Not a coincidence:

Saints - Darlymple: Another example that the quality of Saints coaches is anchored deeply top to bottom

The article below was posted on the SR.com news page last month, and has flown under the radar, but it needs to get a little love. Dan Darylmple was recognized as the TOP Strength and Conditioning coach among all 32 teams. Ho hum, you might say. Well, a closer analysis of the Saints'...

Offline
Coach Pete told me about injuries predictions before training camp last year, which I posted on a few threads. This is not exact but close

"Coach Sean is old school. When he has a young team with a lot of new players, he works them extremely hard and physical during training camp which he did in 2016 and 2017. Coach Sean tries to instill new young players with the work ethic and toughness required to succeed in the NFL. This results in increased injuries for 2 reasons. 1) More injuries during training camp 2) Because of the players being worked hard and physical, they will experience injuries during the season because many are tired and banged when the season starts.

Before 2018, he predicted that we would have far fewer injuries in 2018 because Coach Sean has a team with a lot of experience, including young players who have a year or two in the system. When he has a more experienced team, Coach Sean works his players much easier and much less physical during training camp and preseason games which results in fewer injuries during training camp and the season."
Click to expand...

Swimmer said:
Coach Pete told me about injuries predictions before training camp last year, which I posted on a few threads. This is not exact but close
Click to expand...

I remember you posting that before and it's held up. 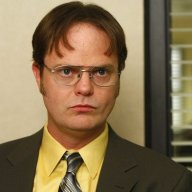 Swimmer said:
Coach Pete told me about injuries predictions before training camp last year, which I posted on a few threads. This is not exact but close
Click to expand...

Buuuuuttt.... I'm pretty sure the team got younger overall during that time frame so this expert analysis makes no sense.

Wiggoes said:
Buuuuuttt.... I'm pretty sure the team got younger overall during that time frame so this expert analysis makes no sense.
Click to expand...

I understand your confusion. My bad in explaining. It's really the combination of "New Players" and "Youth." The year of the homerun draft, we had a lot of rookies, some UDFAs and some new FAs. He worked that team very hard in training camp and during the preseason. Bell and Thomas already had 2 seasons under their belt before this last season. Even though it is a young team, he has players who know Coach Payton's system, work ethic and teamwork demands. Out of that group came a new gen of young leaders. Apparently, Coach Pete heard that SP was really happy with this team last offseason and felt the team had the character and skills he wanted so he laid off the gas pedal during the offseason, like he will probably do again this year.