After beating 31 NFL teams, Sean Payton jokes he deserves blame for a Saints loss, too (1 Viewer) 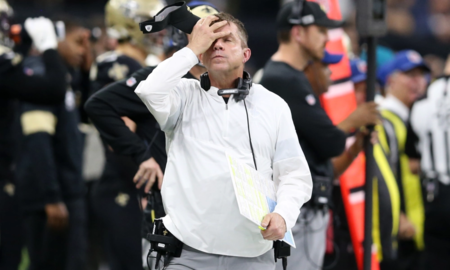 After defeating the Denver Broncos last week, Sean Payton joined an exclusive group of NFL head coaches to have beaten every team in the league except for their own. And when the accomplishment was brought up during an appearance on WWL Radio this week, the New Orleans Saints coach had to take a moment and laugh at his own expense.

“It’s 32 teams, including the Saints,” Payton assured hosts Bobby Hebert and Zach Strief, looking back at one of his worst blunders in the first years of his tenure in New Orleans.